The short video app recently added “Douyin Pay” to its list of existing payment options, which have included Alipay and WeChat Pay.

“The set-up of Douyin Pay (Douyin Zhifu) is to supplement the existing major payment options, and to ultimately enhance user experience on Douyin,” a Douyin spokesperson said.

Payment is a natural step for Douyin, which has a growing e-commerce business. Users can be directed to a product link while watching a video of an influencer reviewing, say, a lipstick. Instead of the ubiquitous WeChat Pay and Alipay, they may opt for Douyin Pay one day, if the incentives are great enough.

Other internet giants, such as e-commerce giant JD.com and food delivery service Meituan, have also tried luring people to use their own payment methods, though the market duopoly is hard to break. All in all, Alipay and WeChat Pay handle about 90% of China’s electronic payments.

Users can, for instance, receive a cash-filled electronic red packet from a Douyin campaign and deposit that cash to their bank accounts. 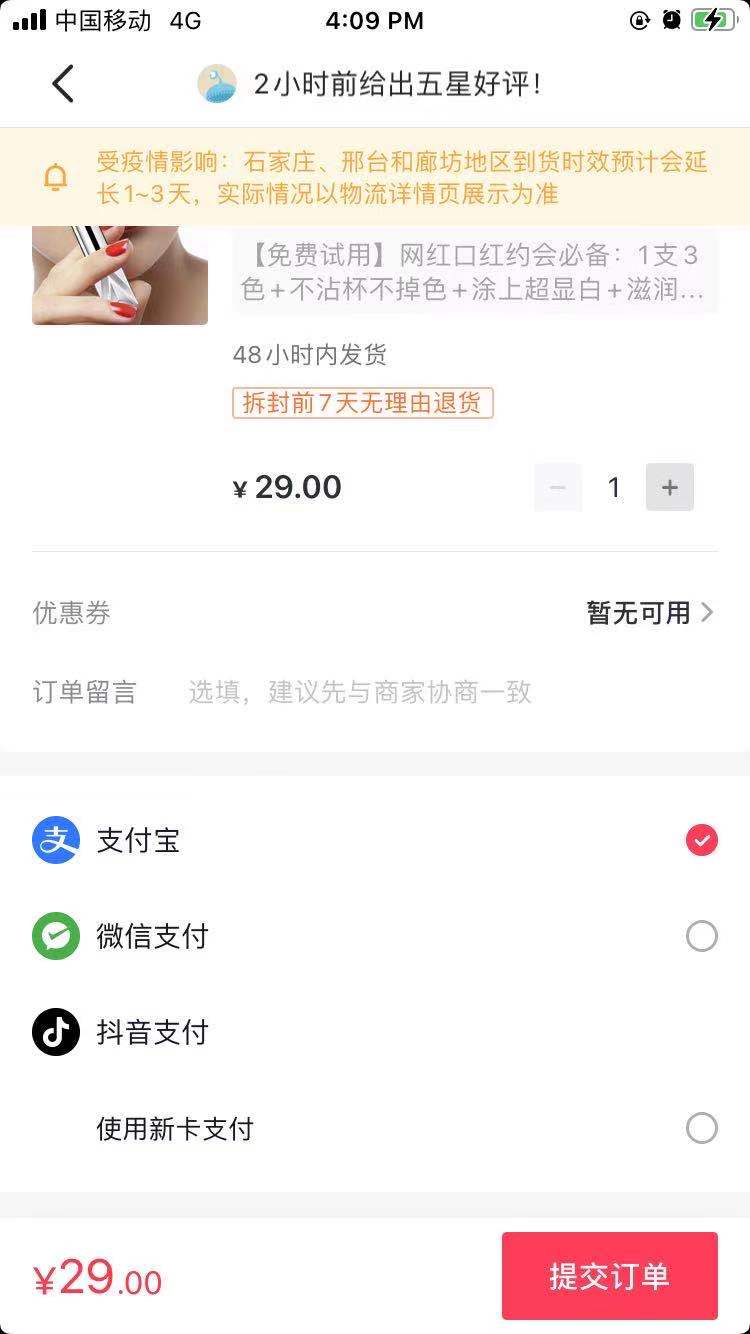 The rollout of Douyin Pay seems well-timed with the upcoming Chinese New Year holiday, a time when families and friends gift each other red packets. Over the past decade, WeChat has been popularizing electronic versions of these auspicious money-filled envelopes, which helped WeChat Pay take off in the early days.

Douyin inked a deal with Chinese state broadcaster CCTV to be its red envelope technology provider for the Spring Festival Gala, traditionally a major advertising event of the year, according to Chinese business news provider LatePost. Alibaba’s young rival Pinduoduo had a similar deal last year in an attempt to grow its own payments users.