Pollen Robotics turned heads at last year’s CES. After all, a humanoid robot will do that on the show floor (even if it’s only half of one). The French startup is back for this year’s show (insofar as anyone is really back for the show), with some key updates to its robot, Reachy.

The biggest news this time out is the addition of teleoperation functionality using a virtual reality setup. Using a VR headset, a remote operator is capable of viewing video through the robot’s two face cameras. VR controllers are used to manipulate the robot’s arms for pick and place operations. The functionality can be used for, among other things, training the robot to perform tasks.

Reachy is notable for being an open-source robotics platform. The $17,000 bot is potentially suitable for robotics research, including prototyping one’s own technology. As evidenced by last year’s event, it’s also a fun presentation robot, fulfilling a similar function as, say, Softbank’s Pepper. It’s not, however, going to be taking over any manufacturing jobs any time soon. 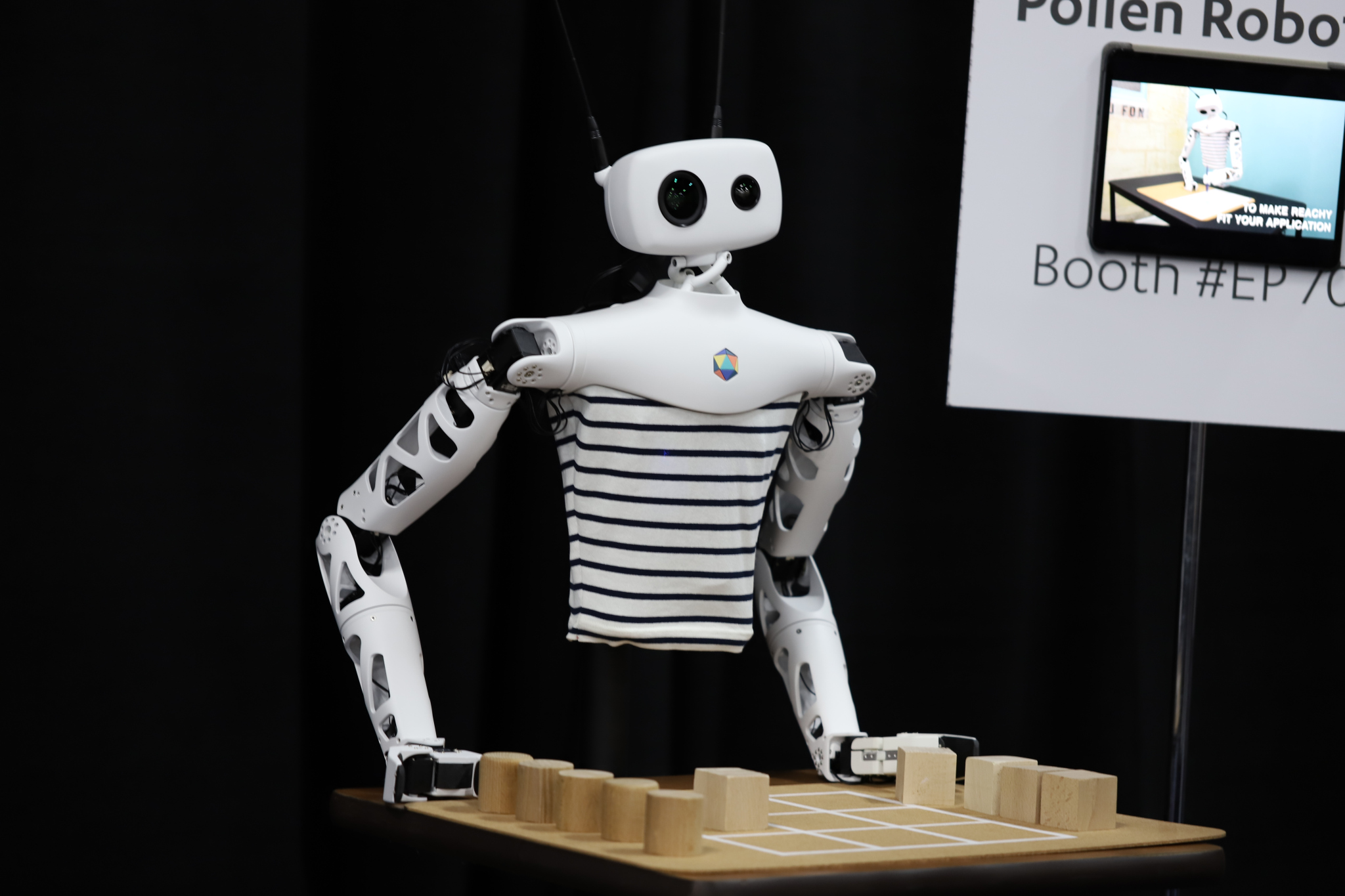 The robot’s software is built on the popular open-source robotics operating system, ROS 2. The on-board computer and cameras have both been upgraded since the company first showed off the robot roughly this time last year.