In the past few months, AppHarvest, a developer of greenhouse tomato farms, went public through a special purpose acquisition vehicle, vertical farming giant Plenty raised $140 million, and now Gotham Greens, which is developing its own network of greenhouses, is announcing the close of $87 million in new funding.

These new agriculture companies certainly have a green thumb when it comes to raising a cornucopia of capital.

Gotham Greens’ latest round takes the company to a whopping total of $130 million in funding since its launch. Investors in the round included Manna Tree and The Silverman Group.

While AppHarvest has taken to tomatoes in its attempt to ketchup with the leading agricultural companies, Gotham Greens has decided to let its hydroponically grown leafy greens lead the way to riches.

The company said it would use the latest funding to continue developing more greenhouses across the U.S. and bring new vegetables to market.

“Given increasing challenges facing centralized food supply chains, combined with rapidly shifting consumer preferences, Gotham Greens is focused on expanding its regional growing operations and distribution capabilities at one of the most critical periods for America,” said Viraj Puri, the co-founder and chief executive of Gotham Greens, in a statement.

And Gotham Greens has already begun to expand its product portfolio. The company now sells packaged salads, cooking sauces and salad bowls in addition to its greens. 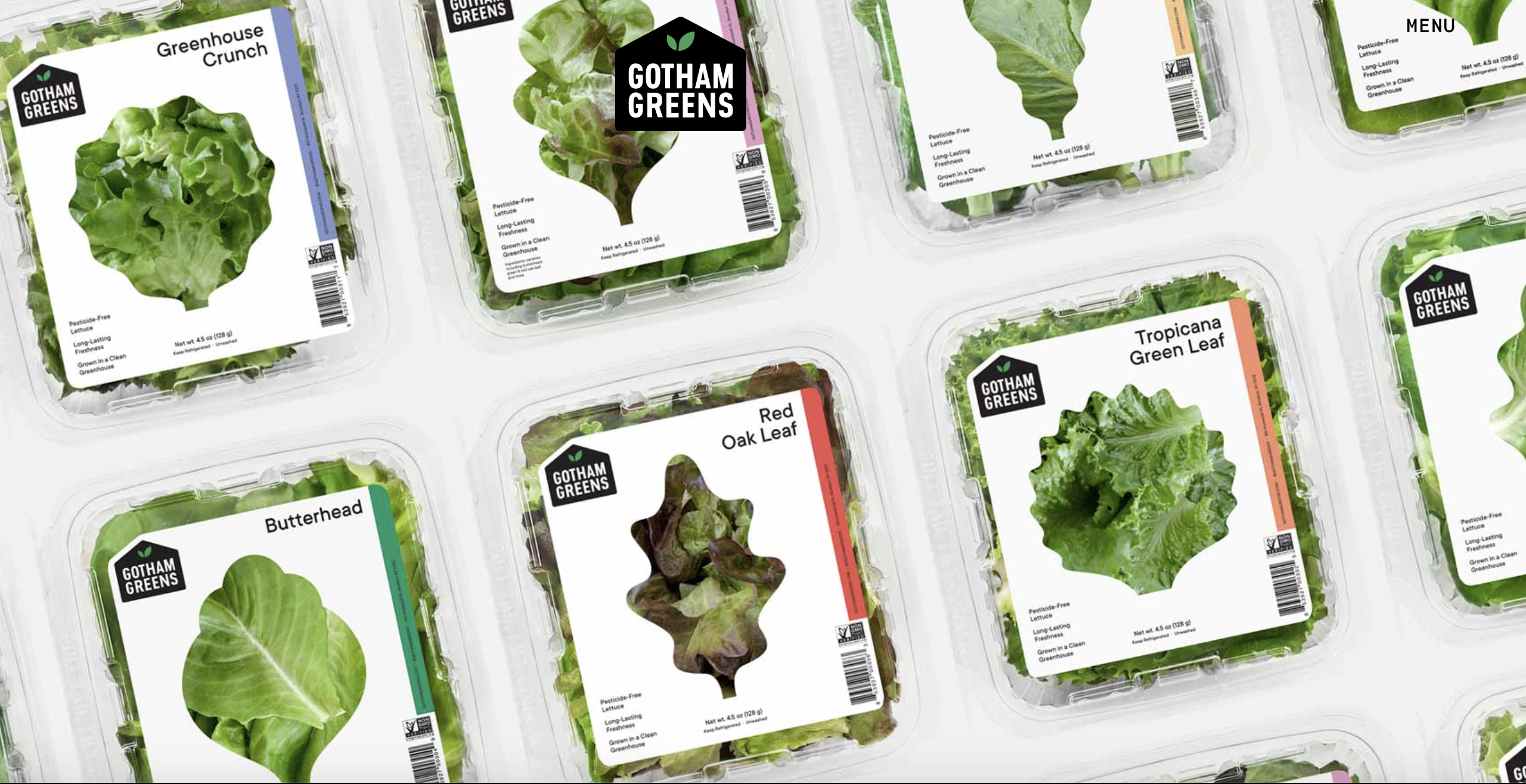