SpaceX’s human launch program was developed under the Commercial Crew program, which saw NASA select two private companies to build astronaut launch systems for carrying astronauts to the ISS from U.S. soil. SpaceX was chosen alongside Boeing by NASA in 2014 to create their respective systems, and SpaceX’s Dragon capsule and Falcon 9 rocket became the first to achieve actual human flight certification from NASA earlier this year with the successful completion of its final, Demo-2 test mission, which flew to the ISS with two U.S. astronauts on board.

To get to this point, SpaceX had to complete a number of milestones successfully, including a fully automated uncrewed ISS rendezvous mission, and a demonstration of both a launch pad abort and post-launch abort emergency safety system for the protection of the crew. During the Demo-1 mission, while all actual launch, docking and landing was handled by SpaceX’s fully autonomous software and navigation, astronauts also took over manual control briefly to demonstrate that this human-piloted backup would operate as intended, if required.

So far, Crew-1 is proceeding as expected, with a picture-perfect takeoff from Florida, and a successful recovery of the first-stage booster used on the Falcon 9 rocket used to launch Dragon. Crew Dragon ‘Resilience’ also departed from the second-stage of the Falcon 9 as planned at just after 10 minutes after liftoff, and there will be a 27 hour trip in orbit before the Dragon meets up with the ISS for its docking, which is scheduled to take place at around 11 PM EST (8 PM PST) on Monday night. Once fully docked, the astronauts will disembark and go over to the station to begin their active duty stay, which is set to last until next June. 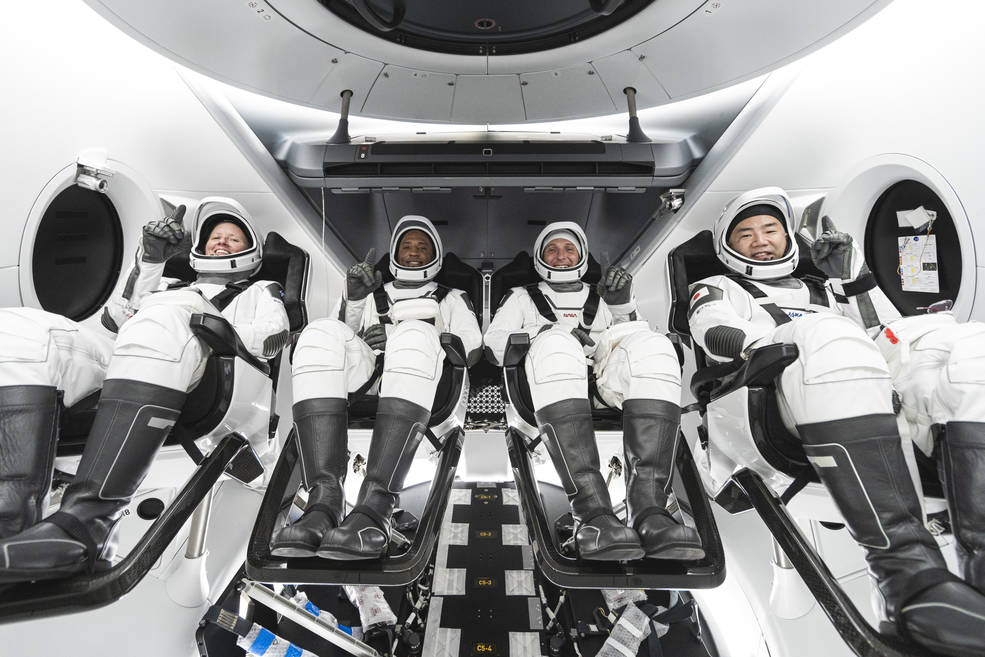 Three of the four astronauts on this mission have been to space previously, but for pilot Victor Glover, it’s his first time. These four will join NASA’s Kate Rubins, and Roscosmos cosmonauts Sergey Ryzhikov and Sergey Kud-Sverchkov on the station, bringing the total staff complement to seven (an increase from its usual six that NASA says will free up more time for the astronauts to perform experiments, as opposed to their tasks related to regular daily maintenance of the station).

This is the first time that astronauts have launched to space during a regular operational NASA mission since the end of the Shuttle program in 2011. It marks an official return of U.S. human spaceflight capabilities, and should hopefully become the first in many human flight missions undertaken by SpaceX and Dragon – across both NASA flights, and those organized by commercial customers.