Ford revealed Thursday the E-Transit, a configurable all-electric cargo van that it’s betting will be the new go-to workhorse for commercial customers.

The E-Transit is just one piece of the company’s $11.5 billion investment in electrification. But it could be its most important one. Ford has largely focused its electrification efforts on the consumer market, notably the Mustang Mach-E, which will hit dealerships later this year.

The E-Transit aims to further secure Ford’s dominance in the cargo van market. Its popular combustion engine Transit vans have a 40% market share in its category, but there’s more opportunity with EVs. Ford estimates the entire BEV commercial van market is 1.1 million commercial van sales through 2030.

The E-Transit will come in eight configurations, including three roof heights and three lengths as well as a cargo van, chassis cab and cutaway models. The vehicle also comes standard with a 12-inch touchscreen and Ford’s Sync 4 infotainment system with voice and navigation, as well as an option to provide 2.4 kilowatts of power for tools. All the vehicles have an eight-year, 100,000-mile electric vehicle component warranty.

Ford shared details Thursday of its low-roof cargo van, which will start at under $45,000 for U.S. fleet customers. This variant will come with a 67 kilowatt-hour battery that can travel 126 miles on a single charge. The spec sheet shared by Ford indicates that the medium roof height, long version of the E-Transit will get 116 miles on a charge and the extended will have 108 miles of range. 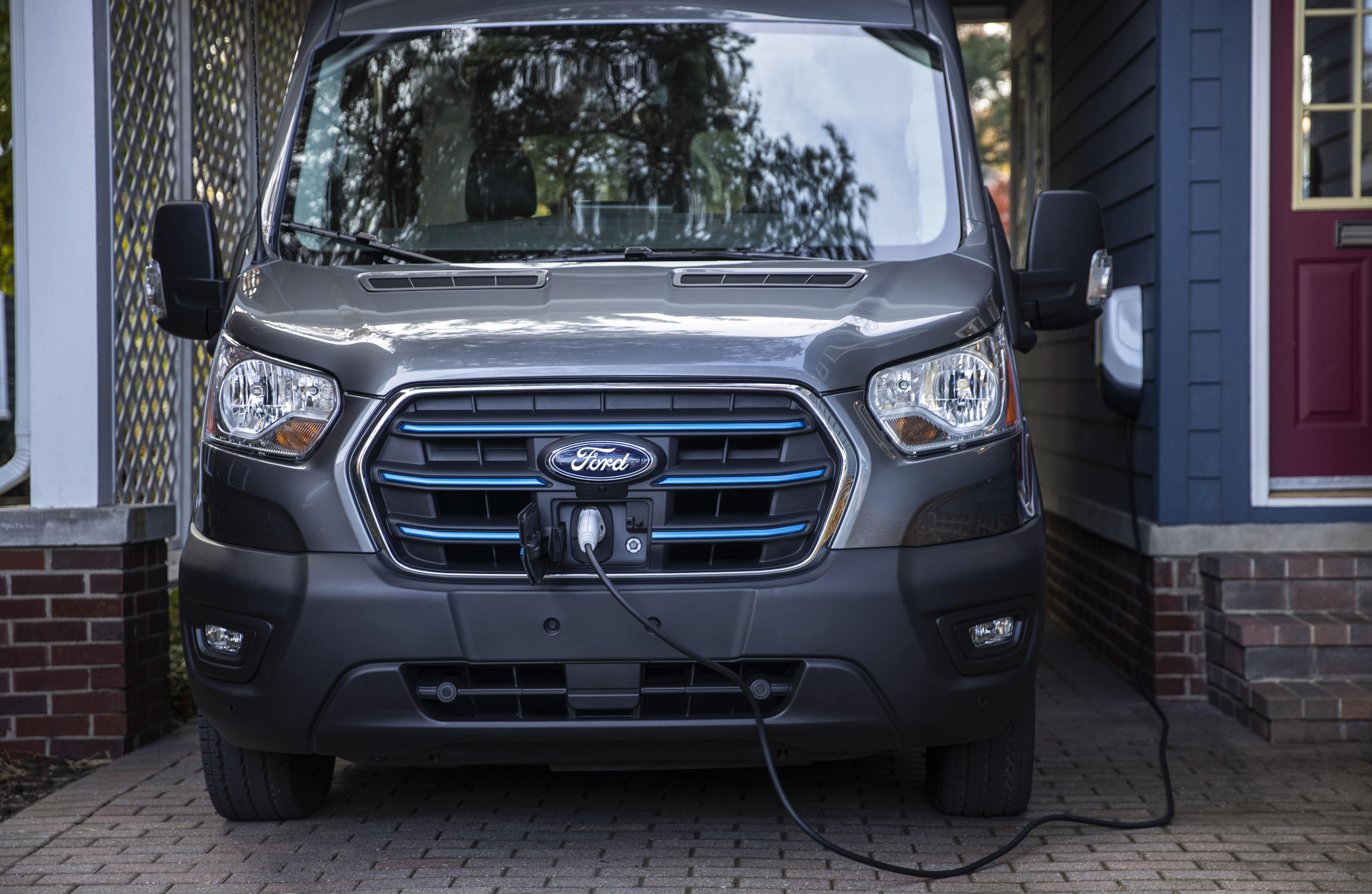 The E-Transit, which will have both AC and DC fast charging, will come standard with a Ford Mobile Charger that can plug into a normal 120-volt outlet or into a 240-volt outlet for faster charging. The automaker is also going to sell a connected charger station that will be capable of fully charging the van in 8 hours.

The ranges may seem low for the Tesla converted, but Ford argues that commercial customers are price sensitive and know exactly what they need.

“Commercial customers stand out because they view their vehicles through the lens of total cost of ownership,” Yaro Hetman, global marketing director for electric trucks, vans and commercial vehicles told TechCrunch in a recent interview. In other words, they want to get the job done. effectively as possible, but they don’t want to pay for capability that’s over and above that, and that applies to range as well.

Hetman said the company analyzed more than 30 million of commercial miles traveled in North America with its existing combustion engine Transit vans. Ford learned that the average commercial van in the U.S. covers 74 miles a day.

There will no doubt be customers who want more. Hetman said to expect future announcements on versions with greater range and capability.

Ford has also touted the cheaper maintenance costs of the E-Transit, which it estimates will be 40% less than the average scheduled maintenance costs for a gas-powered 2020 Transit over eight years/100,000 miles.

Ford is betting on the dual product launches of the upcoming E-Transit cargo van and the all-electric F-150 truck will help it carve out a share of the EV market that promises to be both competitive and potentially lucrative as cities place stricter regulations on gas-powered vehicles.

But with the all-electric F-150 not arriving until mid-2022, all eyes and hopes are on Ford’s cargo van. The company has poured in details aimed at fleet customers, features like a standard driver assist with road edge detection, a drowsiness driver alert and pre-collision assist with automatic emergency braking. There are, of course, add ons, including an upgrade to its advanced driver assistance system that includes adaptive cruise control, speed sign recognition with navigation and automatic speed limiting device as well as a host parking and reversing aids. 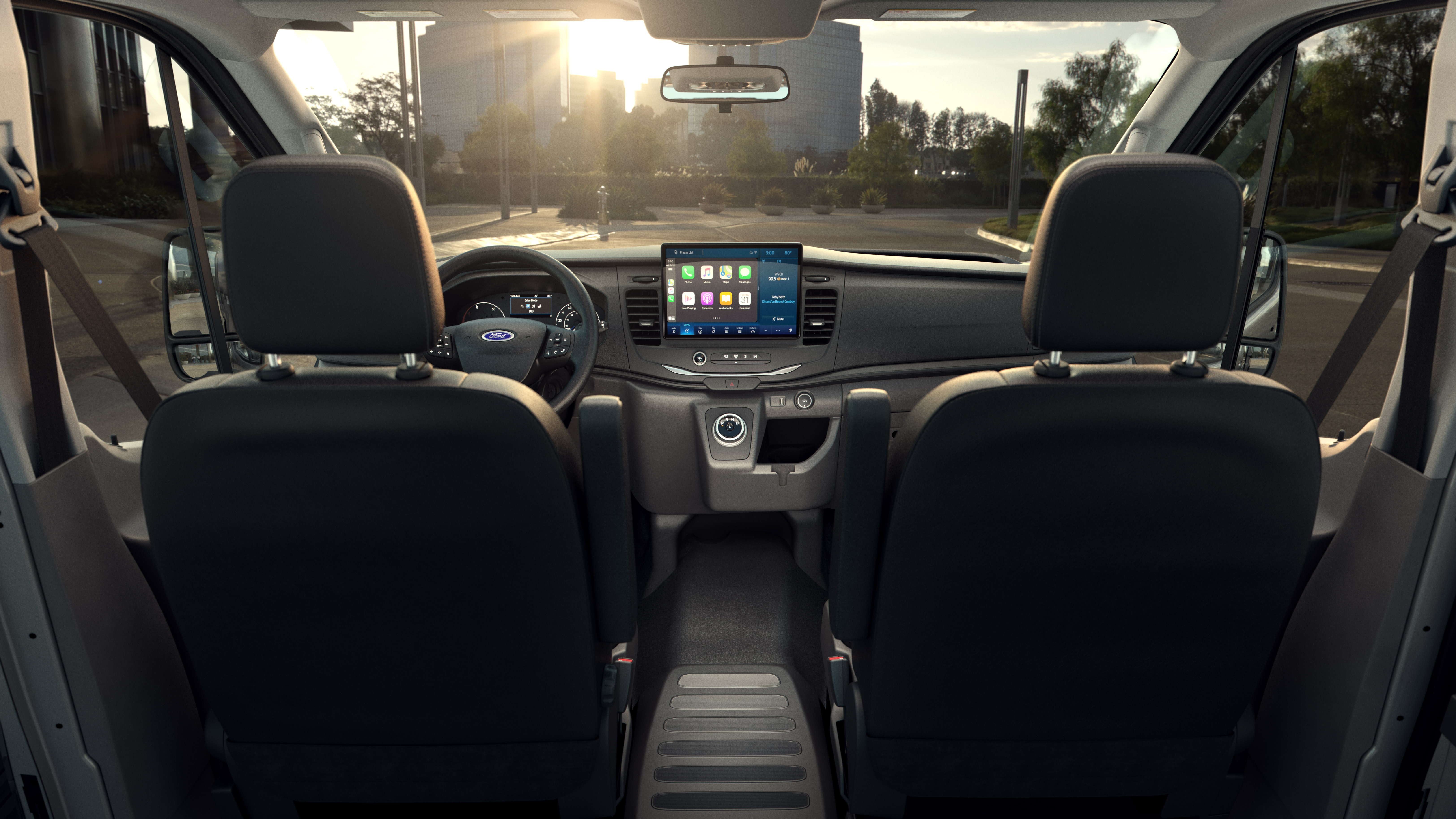 Fleet management tools that help with productivity, driver safety and driver coaching are all potentially attractive to customers, according to Julius Marchwicki, COO of Ford Commercial Solutions.

“Our tools are now going to be able to help you with things like charging reports, understanding how your electric vehicles are performing and being able to remotely precondition it so that you’re able to maximize the range before that van goes out on the road for the workday,” Marchwicki said in a recent interview.

Rivian electric pickup will debut with three editions, with a cheaper one to follow