As we’ve seen, some startups are pivoting to re-model themselves for the radically different world of the COVID-19 pandemic. But others literally turned out to have a business model which, although they could never have realized it at the time, might have been (almost) tailor-made for this era.

A fascinating example of this is SaaS marketplace Juggle. Originally designed as a marketplace to allow executive-level women to re-enter the world of work in a flexible manner after having a family, it later expanded into a wider market for anyone wanting to work flexibly and for employers who need that kind of workforce. But with the world of work totally upended by the pandemic, “flexibility” is literally now the name of the game.

Juggle has now disclosed its funding of $2.1 million from investors in the U.K. and the U.S. Investors include a number of the U.K.’s leading angels, and also include Oxford Capital, Social Capital and 7percent Ventures. The other investors are: Andrew Gault (who backed Oculus), Andreas Mihalovits (a serial investor), Andrew J. Scott, (who backed Magic Pony), Charlie Kemper (who backed Casper), Charlie Songhurst, Curtis Chambers (an early Uber employee), Pip Wilson (an entrepreneur and investor) and Rajiv Kapoor (East coast investor).

With many businesses moving to flexible working arrangements, whether that means remote work, part-time, or shared roles, Juggle connects them with professionals that aren’t the typical “9-to-5” type people.

Flexibility at work can cover the time someone works, the location or the pattern, such as a job share. Under the U.K. Employment Act of 1996, there is a statutory right for any eligible employee to request flexible working, for any reason, if they have been with the company for at least 26 weeks. So Juggle is pushing at an already open door. A 2019 report from Aviva found that one-fifth of U.K. employees won’t ask for flexibility because they are convinced it will be refused, and 35% aren’t comfortable asking their employer for more flexibility. But more than a fifth of workers have changed companies or departments to find greater flexibility, and almost half would consider switching if the new role was more accommodating to their work/life needs. So having a platform they can go to means Juggle is likely to pick up plenty of these professionals who don’t want to work in any other manner.

Professionals sign up for the service, and recruitment tools allow them to schedule and keep track of job applications; coaching and support are available. Juggle also provides “smart matching” and the necessary paperwork to allow for these flexible roles. Businesses using Juggle to find the right candidate are vetted in advance to ensure that they embrace flexibility, so both employers and employees know what they are getting.

Founded by former headhunter Romanie Thomas, a core mission for Juggle, she said, is to see women in 50% of business leadership roles by 2027. Since launching in 2017, Thomas said 62% of all placements made by Juggle have been female. 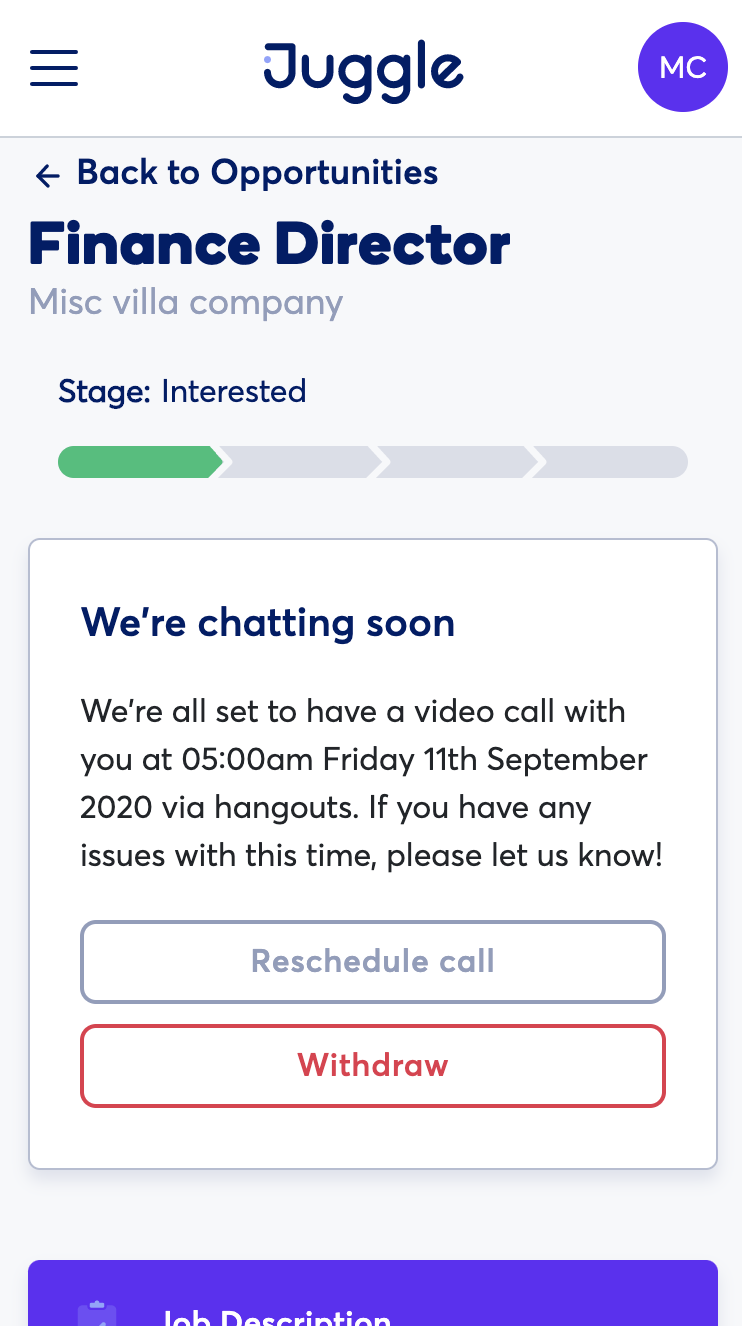 Thomas said: “As a successful former headhunter I was placing senior executives, and I saw exceptional employees leaving work to have a baby and struggling to get back in. Firms passed on perfect candidates because they were uncomfortable with bespoke arrangements… Employees aren’t asking for anything revolutionary, just to be able to work in a way that’s most efficient and productive for them. Flexibility enables people to maximize their energy and skills, and that’s a huge benefit for employers once they realize it.”

Juggle has gathered a wide set of companies that are using its B2B platform, and clients now include Reallife Tech, Hopster, Hubble and White-Hat.

Andrew Gault, founding partner at 7percent Ventures commented: “The current pandemic will have a lasting effect on the way we work. We were already on the brink of a serious shift, and Juggle was ahead of the curve. Now as more employers and workers look at flexible working arrangements, Juggle is perfectly poised to help match businesses with the right talent and provide its extensive knowledge to make a success of flexible work. Data shows that more flexibility is good for everyone, and could have a monumental impact on the gender gap, as more exceptionally talented women can be placed into senior roles.”

Recruiting for diversity in VC

Speaking to TechCrunch, Thomas added: “The whole company was born out of my personal frustration and lack of women in business leadership, which I saw firsthand as a headhunter. Companies seemed to have a revolving door of men. But flexible working is critical to achieving gender parity. With Juggle, the segment we’re talking about is non-technical, which is generally untapped by tech platforms. There’s an opportunity for a product to create this experience where professionals can thrive in their flexible working careers. The issue is not really a female one it’s a human one. But if we just focus on women all we’re doing is entrenching gender roles.”

She said Juggle is going after the traditional recruitment industry which has not adapted to the modern workforce: “The problems that we’re facing for a future workforce… need to be solved through a technology platform, and not by not the legacy industries that have created [the problems] in the first place.”

I certainly don’t think we will see the end of startups attacking these incumbent industries left behind by the pandemic, or by outdated attitudes to gender and diversity.