Simple, link-centric user profiles might not sound like a particularly ambitious idea, but it’s been more than big enough for Linktree.

The Melbourne startup says that 8 million users — whether they’re celebrities like Selena Gomez and Dua Lipa or brands like HBO and Red Bull — have created profiles on the platform, with those profiles receiving more than 1 billion visitors in September.

Plus, there are more than 28,000 new users signing up every day.

“This category didn’t exist when we started,” CEO Alex Zaccaria told me. “We created this category.”

Zaccaria said that he and his co-founders Anthony Zaccaria and Nick Humphreys created Linktree to solve a problem they were facing at their digital marketing agency Bolster. Instagram doesn’t allow users to include links in posts — all you get is a single link in your profile, prompting the constant “link in bio” reminder when someone wants to promote something.

Meanwhile, most of Bolster’s clients come from music and entertainment, where a single link can’t support what Zaccaria said is a “quite fragmented” business model. After all, an artist might want to point fans to their latest streaming album, upcoming concert dates, an online store for merchandise and more. A website could do the job in theory, but they can be clunky or slow on mobile, with users probably giving up before they finally reach the desired page. 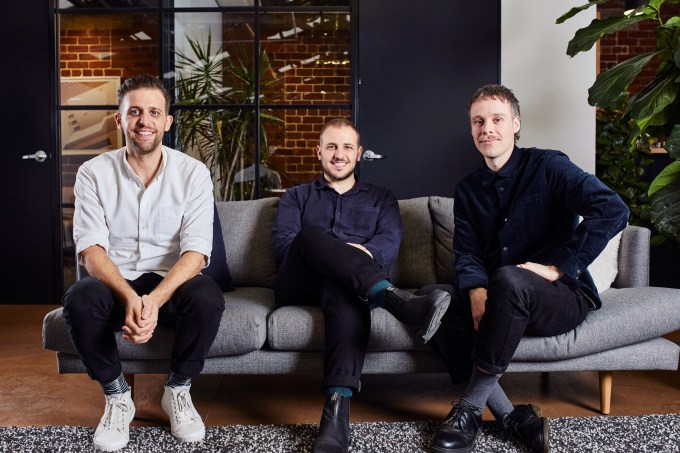 So instead of constantly swapping out links in Instagram and other social media profiles, a Linktree user includes one evergreen link to their Linktree profile, which they can update as necessary. Selena Gomez, for example, links to her latest songs and videos, but also her Rare Beauty cosmetics brand, her official store and articles about her nonprofit work.

Zaccaria said that after launching the product in 2016, the team quickly discovered that “a lot more people had the same problem,” leading them to fully separate Linktree and Bolster two years ago. Since then, the company hasn’t raised any outside funding — until now, with a $10.7 million Series A led by Insight Partners and AirTree Ventures. (Update: Strategic investors in the round include Twenty Minute VC’s Harry Stebbings, Patreon CTO Sam Yam and Culture Amp CTO Doug English.)

“We had the option to just continue to grow sustainably, but we wanted to pour some fuel on the fire,” Zaccaria said.

In fact, Linktree has already grown from 10 to 50 employees this year. And while the company started out by solving a problem for Instagram users, Zaccaria described it as evolving into a much broader platform that can “unify your entire digital ecosystem” and “democratize digital presence.” He said that while some customers continue to maintain “a giant, brand-immersive website,” for others, Linktree is completely replacing the idea of a standalone website.

Zaccaria added that Instagram only represents a small amount of Linktree’s current traffic, while nearly 25% of that traffic now comes from direct visitors. 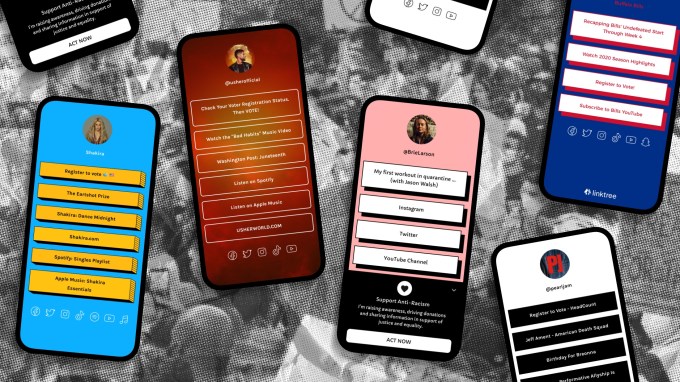 Black Lives Matter has also been a big part of Linktree’s recent growth, with activists and other users who want to support the movement using their profiles to point visitors to websites where they can donate, learn more and get involved. In fact, Linktree even introduced a Black Lives Matter banner over the summer that anyone could add to their profile.

Linktree is free to use, but you have to pay $6 a month for Pro features like video links, link thumbnails and social media icons.

Zaccaria said that the new funding will allow the startup to add more “functionality and analytics.” He’s particularly eager to grow the data science and analytics team, though he emphasized that Linktree does not collect personally identifiable information or monetize visitor data in any way — he just wants to provide more data to Linktree users.

As the internet becomes increasingly fragmented, brands, publishers, and influencers need a solution to streamline their content sharing and connect their social media followers to their entire online ecosystem, ultimately increasing brand awareness and revenue. Linktree has successfully created this new “microsite” category enabling companies to monetize the next generation of the internet economy via a single interactive hub. The impressive traction and growing number of customers Linktree has gained over the last few months demonstrates its proven market fit, and we could not be more excited to work with the Linktree team as they transition to the ScaleUp phase of growth.