JB Straubel, the Tesla co-founder and former CTO, is often cast as the humble and pioneering engineer, the quiet one who toiled away in the background for 15 years on some of the company’s most important technologies. That characterization — which intensified as the hype and media attention on Tesla CEO Elon Musk grew — tells a half truth.

Straubel isn’t prone to self-promotion, or even progress reports. His personal Twitter account, nor the one dedicated to his startup, Redwood Materials, has ever even tweeted. And he does like toiling away on complex problems.

But his understated delivery obfuscates his ambitions and plans for Redwood Materials, the recycling startup that he co-founded in 2017. Straubel envisions and is actively working to make Redwood one of the world’s major battery recycling companies, with numerous facilities strategically scattered throughout the globe.

“This is something that is a major industry and a major problem, and it’s a big part of why I want to spend my time on it,” Straubel said on TechCrunch’s virtual stage Wednesday at TC Sessions: Mobility. “I want to do something that can actually make a really material impact on sustainability in the world. And you need scale to do that. So I am very excited to keep growing this and to be one of, if not the major battery recycling company in the world. And eventually, one of the large battery materials companies in the world.”

The Carson City, Nevada-based company, which Straubel runs, is aiming to create a circular supply chain. The company has a business-to-business strategy, recycling the scrap from battery cell production as well as consumer electronics like cell phone batteries, laptop computers, power tools, power banks, scooters and electric bicycles. Redwood collects the scrap from consumer electronics companies and battery cell manufacturers like Panasonic. It then processes these discarded goods, extracting materials like cobalt, nickel and lithium that are typically mined, and then supplies those back to Panasonic and other customers. Redwood Materials has a number of customers, and has only publicly disclosed that it is working with Panasonic and Amazon. 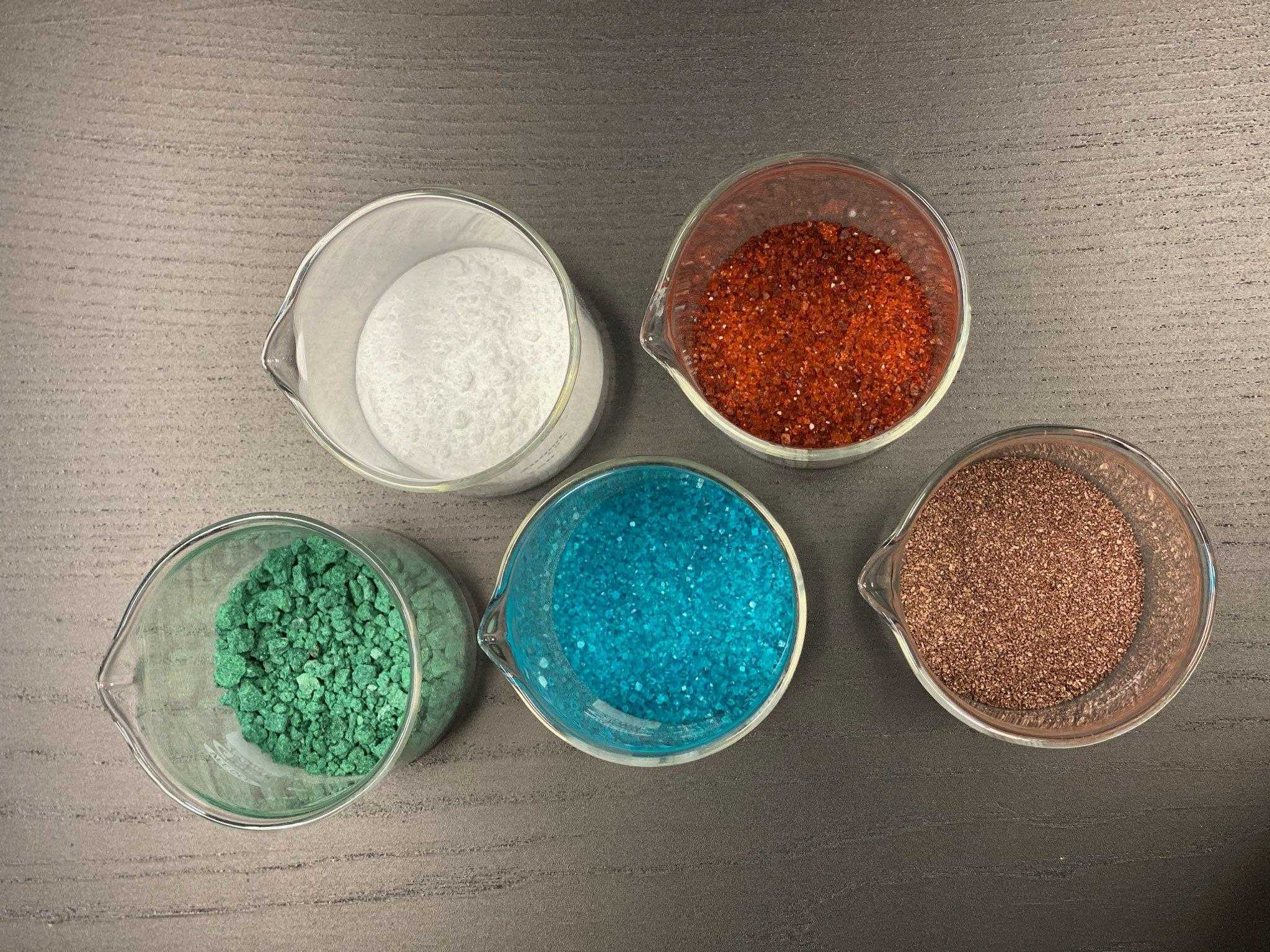 While Redwood Materials is a B2B company, its business model could someday evolve. Interest has been so high that Straubel is now contemplating whether it should also expand into a more consumer-facing business as well. Redwood may never offer collection sites where consumers can drop off old smartphones and other consumer electronics. However, the number of inquiries from local government officials, as well as consumers looking for options to recycle electronics, including the batteries in EVs, has prompted Straubel to at least consider the possibility.

What is known is that Straubel sees numerous facilities — perhaps dozens — getting set up regionally, and in some cases co-located with factories if the customer is large enough. The company hasn’t disclosed where those future facilities will be located.

The company has two recycling and processing facilities in Carson City. And while that hardly qualifies it as one of the world’s largest battery recycling companies, Redwood is already operating at the “gigawatt scale.”

“We’ve been able to grow extremely quickly and to ramp up our capacity and I expect that will follow roughly the scale of lithium-ion production, lagging by a few years,” he said.

To put Straubel’s words into context, consider the Gigafactory that Panasonic operates with Tesla in Sparks, Nevada. Today, the factory has the capacity to produce 35 gigawatt hours of lithium-ion battery cells annually. If Straubel hit the scale he’s shooting for, Redwood would be supplying Panasonic with enough materials to match that production capacity. Reaching that goal would fundamentally change Panasonic’s supply chain away from minerals that had been mined and toward those recycled by Redwood. Those recycled materials would come from Panasonic’s production scrap as well as other sources of consumer electronics.

Celina Mikolajczak, vice president of battery technology at Panasonic Energy of North America, said it would be foolish for the company to ignore the recycling supply.

“We’ve already dug these metals out of the ground, we’ve put them in cells, they’re sitting there,” Mikolajczak said during the joint interview with Straubel at TC Sessions: Mobility. “And yeah, it’s a little difficult to handle cells, they process a little differently than a typical metal ore, right, but at the same time, we have a much higher concentration of the metals we need than a typical metal ore. So it makes total sense to go after recycling and to do it aggressively because there’s a lot of it, there’s a lot of batteries already out in the world.”

Today, the majority of lithium-ion batteries used in smartphones and other consumer electronics are not recycled and instead either sit forgotten in the owner’s junk drawer or enter the waste stream and end up in a landfill. Electric vehicles have a much longer shelf life, so to speak. But eventually batteries used in electric vehicles will pose a challenge for automakers, as well as communities grappling with the waste.

Straubel wants Redwood to be a part of that end-of-life solution for electric vehicle batteries as well.

“The second-life issue and how these batteries are recovered it’s really interesting and there’s a lot of different ideas around about how batteries can go into a whole second application,” Straubel said, noting that Redwood is not working directly on second-life use cases. “It’s great if we can get more useful life on these devices by reusing them for a period of time, but it only delays the inevitable; they eventually need an appropriate disposal, and recycling solution.”

Straubel said he wants Redwood to be that backstop.

There are a number of automakers that have talked about repurposing EV batteries for energy storage. But the details of how an OEM might recapture those batteries back from consumers is scant. Straubel wants Redwood to be an independent company so it can partner with all OEMs producing electric vehicles and provide its materials across the entire industry.

Redwood has never talked publicly about which automakers it might or already is partnering with. However, looking across the EV landscape a few likely partners emerge. For instance, electric vehicle startup Rivian has never announced plans to work directly with Redwood Materials. But the companies do share Amazon as an investor and customer. Rivian CEO RJ Scaringe and Straubel not only know each other, they share a common vision.

Scaringe has talked about plans for second-life batteries — albeit without a lot of detail yet — as well as what happens at the end of a battery’s life. Rivian doesn’t have any vehicles on the road today, so it’s a seemingly distant problem. That changes in 2021 when the company will bring an electric pickup truck and SUV to the consumer market, as well electric vans to Amazon. Ultimately, Rivian has a contract to deliver 100,000 electric vans to Amazon.

“I’m really excited about what JB [Straubel] is doing because we’d love to have these vehicles be a feedstock, and the batteries from these vehicles be a feedstock to then begin another start of lifecycle for another set of batteries and electric vehicles,” Scaringe said in an interview last month at the Bloomberg Green Summit, in which he joined Straubel and Ross Rachey, director of Global Last Mile Fleet and Products at Amazon, on a panel. “The ability to control this essentially as a closed ecosystem allows us to learn and build the muscle memory for this as the whole industry starts to shift not only to electrification, but different methods of consumption as well.”

Straubel said he isn’t interested in taking Redwood Materials public, certainly not in the short term.

“For better or worse, I had a front row seat to some of the less efficient parts of being a public company,” Straubel said, a comment directed to Tesla’s public status. “It’s nothing that I’m rushing toward. I think that being public is somehow equated with success, which doesn’t really make sense.”

He said his goal is for Redwood to make an impact, do something meaningful at an industrial scale and generate returns — aka be profitable.

“It’s not about going public quickly, or, you know, trying to give a quick return to investors or something like that,” Straubel said. “This is what I really want to spend my time on. And I see this as a very long-term growth mission that is likely to span decades.” 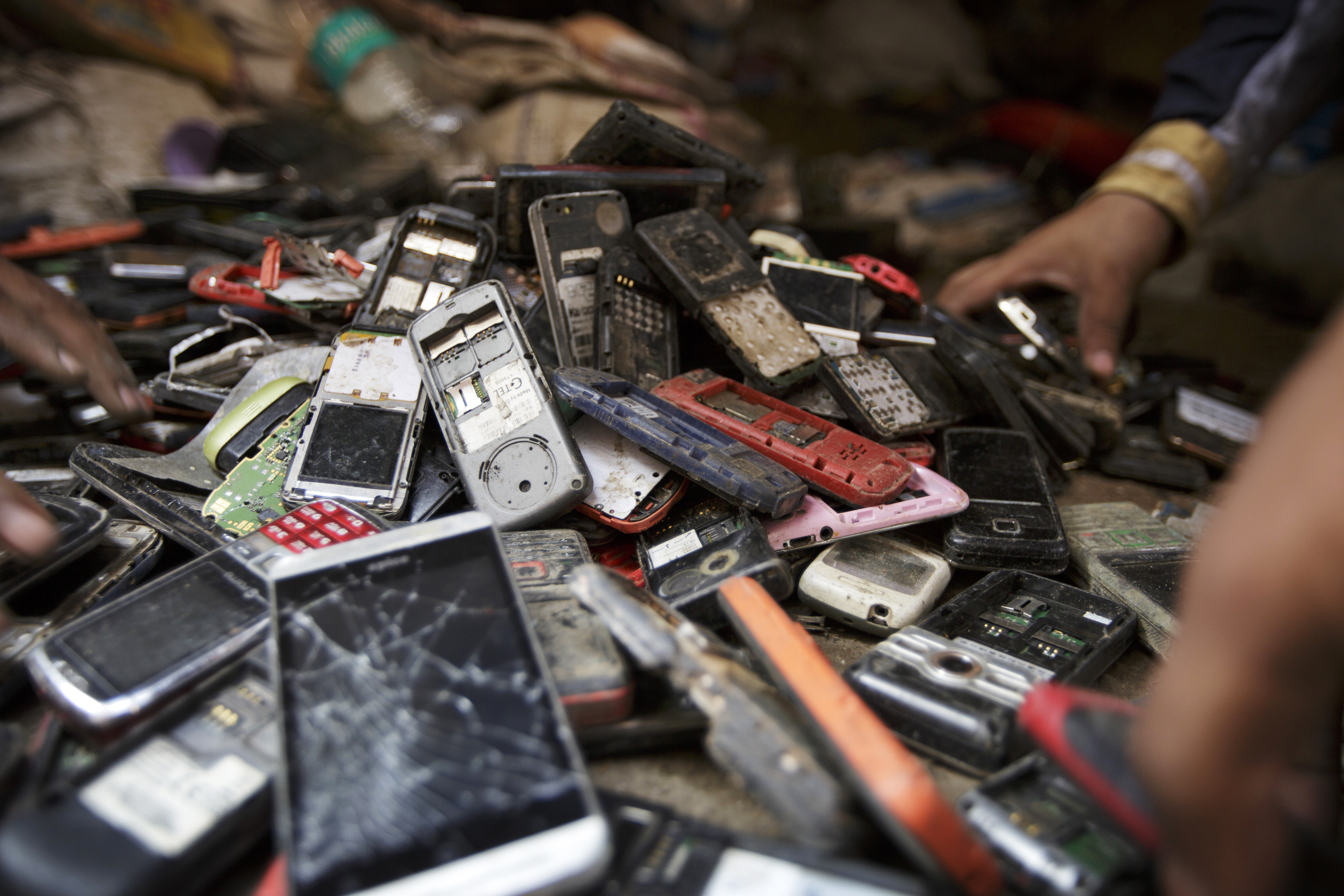 Straubel talks a lot about scale, both in terms of his vision for Redwood as well as the current state of e-waste sitting in junk drawers of U.S. consumers. It was the scale of the Gigafactory, which is used by Panasonic to make battery cells and by Tesla to make the battery packs and electric motors for its vehicles, that partially drove Straubel to start Redwood in the first place.

“As the world electrifies transportation it needs so many different materials and the supply chain upstream of the factory is, I think, often under appreciated,” he said. “The Gigafactory is a little bit like an iceberg — there’s so much of it that’s kind of below the surface, in the suppliers and in the mines and refineries and all the different things that need to feed into it that you don’t typically see.”

Parts of the supply chain became more of a bottleneck as the Gigafactory ramped, he added.

“You certainly see Tesla focusing more on this, I think rightly so,” Straubel said, a nod to Musk’s recent public comments about needs to focus on the broader supply chain of materials such as nickel. “That was a very interesting area that I thought wasn’t getting as much attention and end-of-life and recycling as a part of that material supply chain is just an incredibly powerful space, one where I think we can have a major impact on the sustainability of creating batteries.”