The Nest Audio is a surprisingly hefty thing. It’s compact, but dense, packing a lot into a footprint not much taller than an iPhone. At 2.65 pounds, it’s 2.5x the weight of the original Home. It’s clear that, above all, Google was interested in offering up something premium, in spite of a quite reasonable $99 price point.

It certainly took the company long enough. It’s been four years since the first device arrived — that’s a lifetime on the scale of smart home devices. But while Google introduced a slate of new products and delivered a key update to its smaller sibling, the Mini, its flagship smart speaker remained untouched, in all of its air freshener designed glory.

In four years, Google has proven less interested in hardware upgrades than Amazon. That’s not a huge surprise from a company that’s long suggested that software — not hardware — is at the heart of product evolution. But even Google knows that software can only take you so far when it comes to things like premium audio. That’s where the new device comes in. 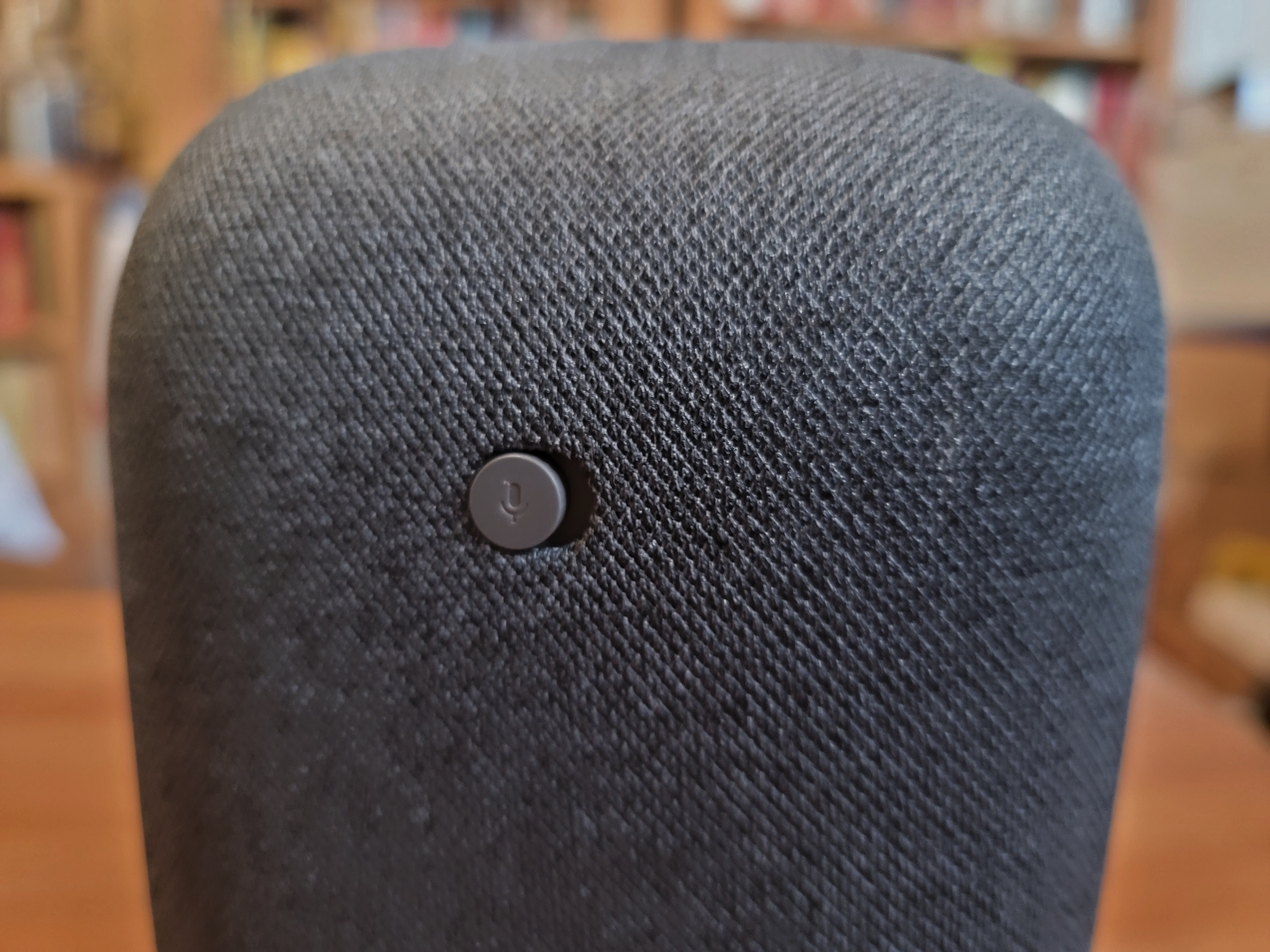 Nest Audio’s name represents two key things. First, it’s the last of Google’s smart speaker/smart screen line to adopt the Nest title, cementing its 2014 Nest acquisition as its smart home brand. It’s not quite accurate to say that the Nest brand encompasses all of Google’s Home products — after all, a new Chromecast was launched this week with Google branding, but then, no one’s ever accused Google of being consistent about such things.

The Audio bit finds Google following a similar journey as Amazon. The first generation of smart speakers focused significantly more on the smart than the speaker. The devices were primarily considered a way to deliver smart assistants into the home — certainly not something that was set to replace anyone’s home stereo.

But Apple, for all of its issues bringing Siri into a home setting, proved that users were willing to invest in a premium product — so long as a company could demonstrate superior audio. Google followed up with the Home Max and Amazon did so first by beefing up the sound of the standard Echo, and more recently introducing the Echo Studio. There’s also the matter of the Samsung Galaxy Home, but the less said about the unreleased speaker — and Bixby in general — the better.

With Nest Audio, Google is looking to prove that good sound shouldn’t be the exclusive realm of high-end speakers. It even went so far as dropping $30 off the price of the original Google Home — putting it in line with current Echo pricing. The internals have been considerably upgraded, as well. A 50mm full-range driver (40mm on the Nest Mini) has been upgraded to a 75mm woofer for much stronger bass. Two passive radiators, meanwhile, have been swapped out for a 19mm tweeter to complete the picture. 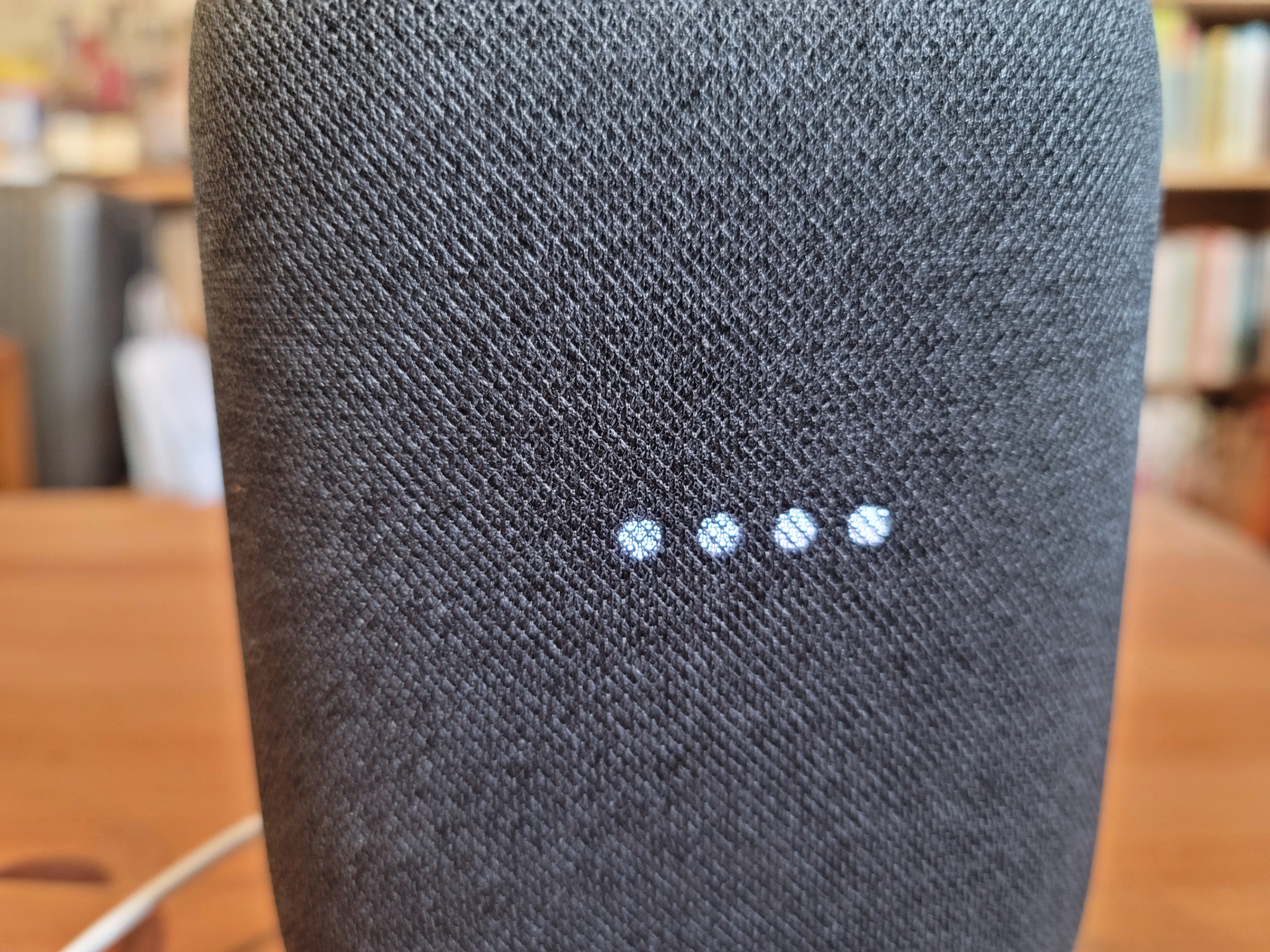 The speaker is also capable of getting really loud — 75% louder than the original Home, according to the company. It’s too loud for my apartment. Though I would advise against relying on a single speaker to fill a large space, as stuff gets distorted at peak volumes. A speaker of this caliber is best paired with another — which is, thankfully, something Google does reasonably well.

As it stands, the Nest Audio is quite clear and full, given its pricing and size. For space like the living room in my one-bedroom New York apartment, it’s got pretty good sound. The design means that (like the new Echo) you get pretty good audio from all sides — though the company cautions against, stay, sticking it deep on a bookshelf, or else you may deal with some muddy reverb. It’s clear that Google knew it had to step up its game to deal with superior audio from third-party speaker makers like Sony who have embraced Google Assistant, and it’s done a pretty good job here.

I still prefer the much heftier and massive Google Home Max that’s currently sitting by my computer on my desk. Size really does matter in the world of speakers, for a number of pragmatic reasons, including how it moves air to create sound. That said, you can currently purchase three Nest Audios for the price of a single Google Max, so that may be something worth considering, depending on your setup and the layout of your home.

Groups and pairing are one of the strongest reasons to consider these device. The Google Home app setup is extremely simple in that regard, and presents an extremely simple and fairly inexpensive way to set up a home audio system. You can either pair two of the same speakers to create stereo (a solid choice for, say, flanking the computer screen) or simply creating groups for multiple speakers to fill a space. I do the latter with my own home setup.

It’s usually a good solution, though even at this point in the life of the devices, it can still be pretty buggy. A lot of this comes down to Wi-Fi and connectivity issues, but it can be frustrating. Wireless systems are a lot easier — but less reliable — than simply wiring up your system the old-fashioned way. And of course, there’s the fact that the more wireless devices you install, the more strain there’s going to be on your home network. 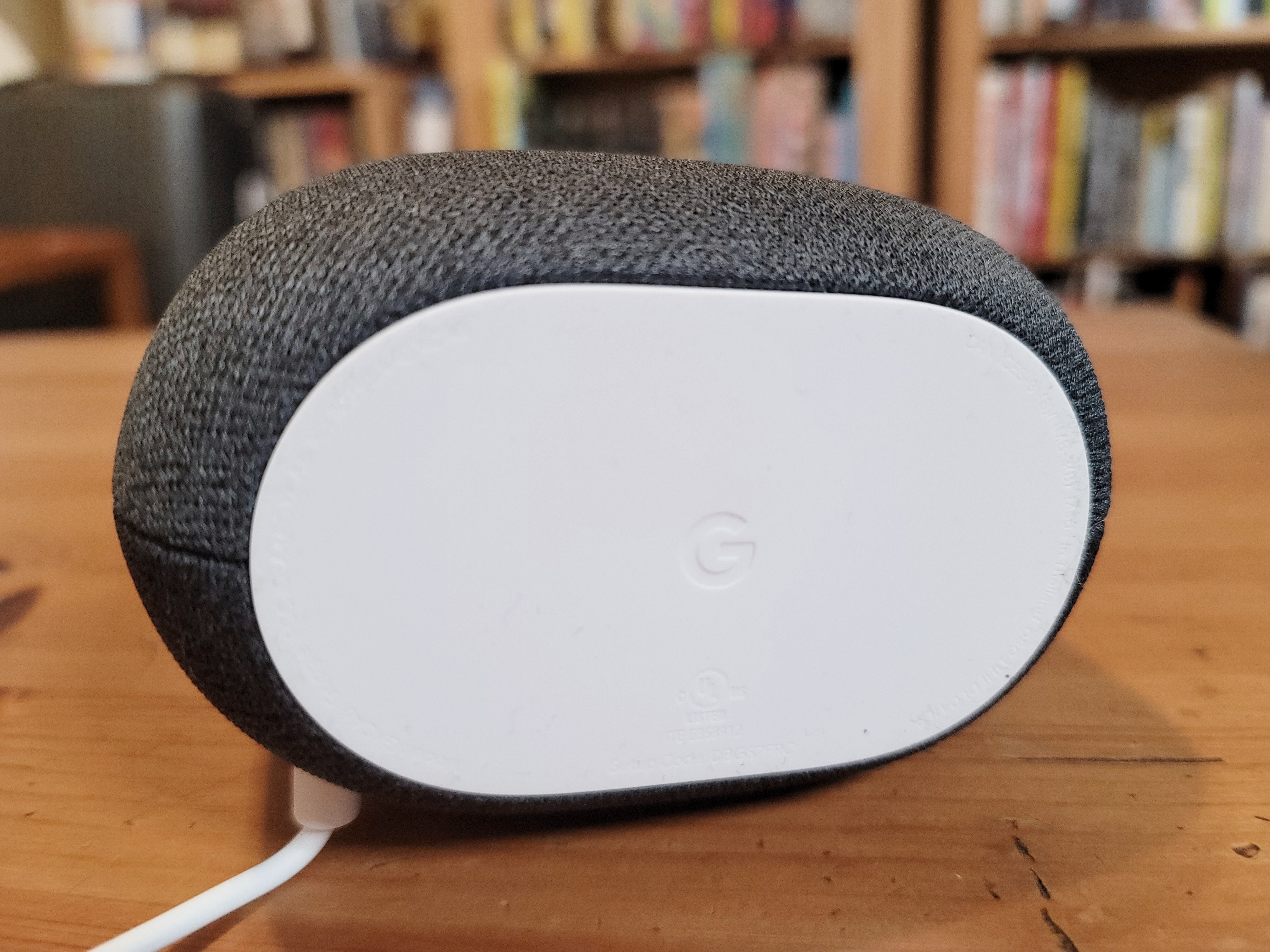 There are some nice tweaks to the system, as well. Ambient IQ actually turns up assistant’s voice when there are sounds in the background, while Media EQ dynamically adjusts the balance depending on what you’re listening to — be it music or a podcast, turning up the vocal output for the latter.

The speaker’s design has improved dramatically. We mocked the original Home for looking like a Glade air freshener since day one, and that criticism still stands. The Nest Audio, meanwhile, if far more unassuming. Covered entirely in fabric with a design that Google freely admits was inspired by a pillow, it’s designed to blend in with its décor — which, frankly, is precisely what a smart speaker should do.

There are five colors: white (chalk), black and Sage, Sand and Sky — all pastels. Odds are pretty good you’ll find one that fits your home. Google sent me a black one, which is likely what I would have chosen myself. And bonus points for the fact that the fabric is made from recycled water bottles, like the Nest Mini before it.

The Nest Audio is a long overdue upgrade to the company’s line of smart home devices and one that puts the focus on sound, precisely where it should be.