Most venture capital firms are based in hubs like Silicon Valley, New York City and Boston. These firms nurture those ecosystems and they’ve done well, but SaaS Ventures decided to go a different route: it went to cities like Chicago, Green Bay, Wisconsin and Lincoln, Nebraska.

The firm looks for enterprise-focused entrepreneurs who are trying to solve a different set of problems than you might find in these other centers of capital, issues that require digital solutions but might fall outside a typical computer science graduate’s experience.

Saas Ventures looks at four main investment areas: trucking and logistics, manufacturing, e-commerce enablement for industries that have not typically gone online and cybersecurity, the latter being the most mainstream of the areas SaaS Ventures covers.

The company’s first fund, which launched in 2017, was worth $20 million, but SaaS Ventures launched a second fund of equal amount earlier this month. It tends to stick to small-dollar-amount investments, while partnering with larger firms when it contributes funds to a deal.

We talked to Collin Gutman, founder and managing partner at SaaS Ventures, to learn about his investment philosophy, and why he decided to take the road less traveled for his investment thesis.

Gutman’s journey to find enterprise startups in out of the way places began in 2012 when he worked at an early enterprise startup accelerator called Acceleprise. “We were really the first ones who said enterprise tech companies are wired differently, and need a different set of early-stage resources,” Gutman told TechCrunch.

Through that experience, he decided to launch SaaS Ventures in 2017, with several key ideas underpinning the firm’s investment thesis: after his experience at Acceleprise, he decided to concentrate on the enterprise from a slightly different angle than most early-stage VC establishments. 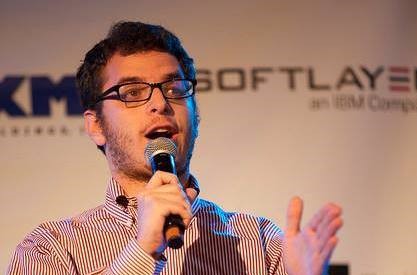 The second part of his thesis was to concentrate on secondary markets, which meant looking beyond the popular startup ecosystem centers and investing in areas that didn’t typically get much attention. To date, SaaS Ventures has made investments in 23 states and Toronto, seeking startups that others might have overlooked.

“We have really phenomenal coverage in terms of not just geography, but in terms of what’s happening with the underlying businesses, as well as their customers,” Gutman said. He believes that broad second-tier market data gives his firm an upper hand when selecting startups to invest in. More on that later.