At TechCrunch Disrupt today, SmartNews announced the release of major new features for the American version of its news discovery app, designed to make it easier for users to get updates about the elections, COVID-19 and the weather.

Several features focus on the presidential race, and other candidates up for vote this year. SmartNews, which has spent the past two years building its coverage of local news, also added sections devoted to local elections and ballot measures, and information on how to register to vote and cast a ballot.

During his Disrupt session, SmartNews co-founder, chief operating officer and chief engineer Kaisei Hamamoto said the goal of the app’s new election features is to make it the “one-stop solution” for voters seeking information.

Another new feature is centered on the COVID-19 pandemic, and includes an expanded case counter that now breaks them down by county; the latest information on local closings, re-opening and other pandemic-related policies; and a vaccine and drug development tracker with a timeline of news articles from different sources. 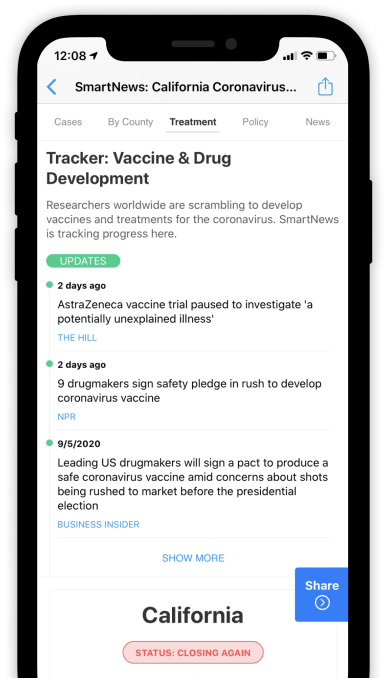 The final new feature is a “hyper-localized” weather report. Launched as Americans in many states are coping with wildfires or extreme weather events like hurricanes, the SmartNews’ Weather Radar uses its patented radar map design to show neighborhood-specific forecasts, including the predicted onset and intensity of rainfall. 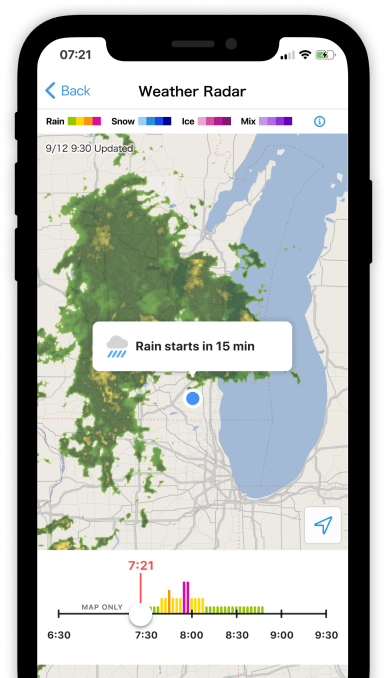 Founded in 2012 in Japan, SmartNews launched its American version in 2014, and shows articles from 3,000 publishing partners around the world. While its news discovery is mostly driven by machine learning-based algorithms, the company’s team also includes veteran journalists who help develop new features. In the United States, SmartNews has focused on addressing increasing media polarization with features intended to help break readers out of the kind of information bubbles they encounter on social media apps. 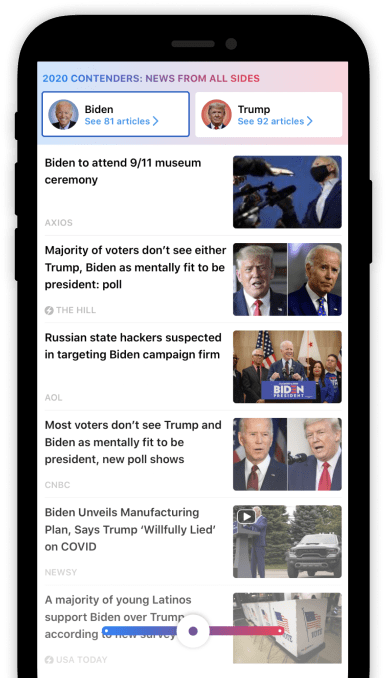 The News From All Sides feature for the U.S. presidential election

Last year, SmartNews launched its News From All Sides feature in the U.S., which shows articles on a single topic from publications across the political spectrum that users can toggle through using a slider. Created for readers who want to see other perspectives, but might be overwhelmed by online searches, News From All Sides has been adapted for the 2020 presidential election, displaying articles about Joe Biden and Donald Trump.