The tech industry has become known as a place that is predominantly white and male. Contrary to the misguided popular belief, it’s not a pipeline problem as much as it’s a retention problem.

Black Tech Pipeline aims to debunk that myth and help support Black technologists along their respective journeys. Black Tech Pipeline, founded by Pariss Athena, has three key offerings: a job board where anyone can pay to be featured, a recruitment and consulting service and connections to potential speakers for events.

“The goal of Black Tech Pipeline is to bring exposure to the existing community of Black technologists,” Athena said. “We are focused on those who are here because we want to shine a light on the whole ‘pipeline problem’ not being real. We’ve been in the industry. We exist in it. We’ve been here for years. We’re seniors, we’re mid-level, we’re a range. But we also want to create this ripple effect for those who are outside of the industry to show them you have a community of people who look like you and are here to support you through your journey.”

Companies featured on the job board are paying customers of Black Tech Pipeline. That means they get a customized landing page where they can describe the roles they have available, as well as detail their values, how the company thinks about diversity and inclusion, and more. These companies will also be featured in Black Tech Pipeline’s newsletter and social media platforms, which has a combined following of more than 40,000 people.

“We want to give a very transparent view of what it means to work there as someone who is most likely going to be the minority in the workplace,” Athena said.

Athena landed on the idea to create a database of Black technologists after she was laid off from her first job as a software engineer and became more active on Twitter.

“When I got on, I noticed there was a really tiny community of Black technologists, which was interesting, because, at least out here in Boston — and I’m sure this is everywhere — but not only have I always been the only software engineer on the development team, but literally the only Black person in the entire company ever since I entered this industry,” Athena said.

“So because I rarely saw people who look like me, I just figured we weren’t really in this industry, so when I saw that we were a few of us, I was like, ‘Oh, cool, I wonder how many more of us are out there?’ And I had put out a tweet asking what does Black Twitter in tech look like? And that tweet, unexpectedly, went semi-viral and lots of Black technologists from all over the world posted themselves into the tweet, and it created this super long thread of their pictures and captioning what they do in the industry. And overnight, it really formed this movement and community of Black tech Twitter.”

That same week, employers began reaching out to Athena, asking her to help them recruit Black people, she said. Despite not having any recruiting experience, Athena agreed to help. She developed a talent database in order to connect candidates with employers, as well as an accompanying application that automatically filters into the database.

In its earlier days, Athena said she noticed that while many of the candidates were being hired, a lot of them weren’t being retained.

“So there was just this retention problem,” she said. “And as someone who has always been the only Black person in predominantly white spaces, I knew what was going on.” 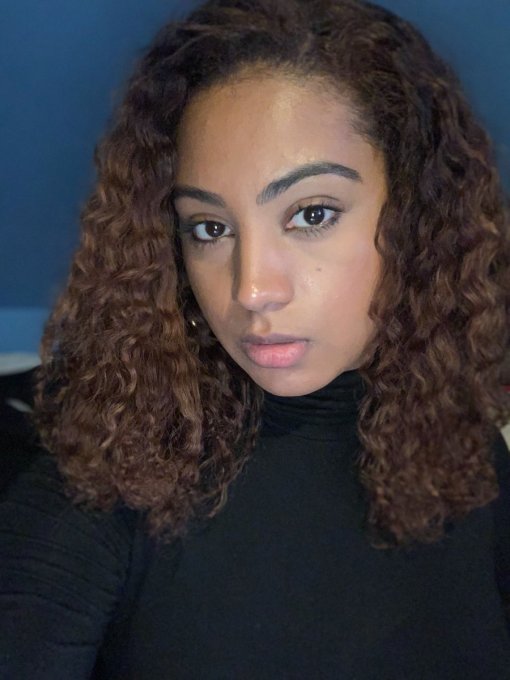 That’s what led Athena to create a consultant package and start charging companies. Anytime a candidate would get hired through her efforts, she would conduct biweekly check-ins during the first 90 days to see how they’re doing.

“That was my way of ensuring that I didn’t send them somewhere harmful,” Athena said. “And with their consent and safety in mind, I would relay the feedback that they gave me to the employer.”

The goal with that is to help employers improve their work culture, as well as the systems and processes that have bias baked into them. Initially, Athena was doing this for free and operating simply out of her Twitter direct messages. Athena has since started charging companies for these services as part of her company, Black Tech Pipeline.

Despite all the effort Athena has put into Black Tech Pipeline, this is not yet her full-time job, but she wants it to be. Ideally, she would be focused more on the consultation piece.

“I really love the fact that I get to be this almost external HR, but for the candidate and not for the company,” she said. “So, I’m not here to protect the company and make sure it looks good no matter how much harm they’re doing. I’m here to make sure this person is having a good experience, and if not, I’m going to hold you accountable and we’re going to work on it. So that’s really what I want to do — make change and hold people to their word. I don’t want to work with anyone that’s going to be performative.”

Of the 12 companies she’s worked with so far, there have been nine hires. Technically, there have been more, but Athena said she doesn’t count the ones where people have been hired but haven’t stayed for very long. Part of that retention problem, she said, reflects a couple of issues she’s had with larger companies.

One of those issues is there being a disconnect between the folks at the company who really do want to implement change and the higher-ups who feel less inclined to do so, Athena said. Another one is that some folks who have been hired have experienced microaggressions that made them want to leave.

“And so when those things happen, I’m reporting it to the manager but they don’t know how to move forward with it,” Athena said. “They’ll say it’s not substantial enough or say it was coincidental. When I cannot get through to employers like that, I finish out my contract with them by doing the check-ins and reporting feedback, but I don’t dive in to look at their current processes and see where they can improve. I don’t do that anymore for those types of employers. So I just finish out the contract and move on.”