Chartable, a startup known for its authoritative podcast download charts, is announcing that it has raised $2.25 million in seed funding.

Founders Dave Zohrob and Harish Agarwal previously worked together at AngelList, and they also created Hacker Daily, a podcast recapping the headlines from Hacker News. Zohrob (Chartable’s CEO) told me their experience hosting a podcast convinced the pair to create an analytics product.

So they built Chartable to give publishers and advertisers the insights they need to understand their audience and their business.

That means creating industry-wide charts, but also helping publishers aggregate their listening data across different podcast apps and launching products like SmartAds (to measure the effectiveness of podcast advertising), SmartLinks (to track the effectiveness of digital marketing campaigns at driving podcast downloads) and SmartPromos (an attribution product for cross-podcast promotional campaigns). 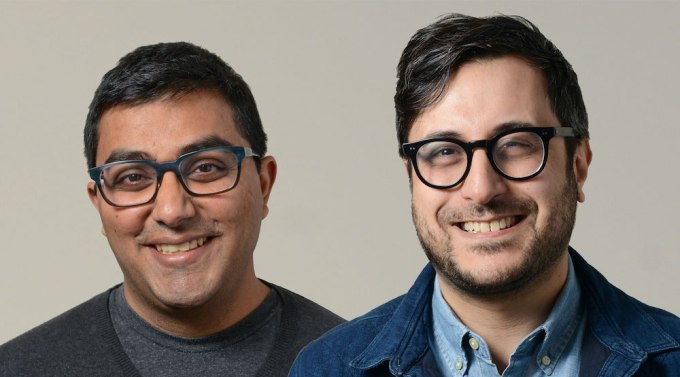 He argued that in some ways, history is repeating itself, and that Chartable serves a similar function for podcasts as analytics companies like App Annie do for the App Store. At the same time, he suggested that podcasting is a very different market.

As for whether upcoming privacy changes in iOS could affect Chartable’s attribution tools, Zohrob said it shouldn’t make “a huge difference,” because the data for podcast attribution is so limited already.

“Ultimately what’s happening with the rest of digital advertising is that it’s going to start to look like podcast advertising, which is kind of funny,” he said. “Maybe they’ll end up meeting somewhere in the middle.”

The funding was led by Initialized Capital, which also contributed to Chartable’s $1.5 million round last year. Other investors include Naval Ravikant, Greycroft Partners, The Fund, Weekend Fund, Jim Young and Lukas Biewald.

“Chartable is the authority on podcast analytics and attribution,” said Initialized co-founder Alexis Ohanian in a statement. (He led the Chartable investment before leaving Initialized.) “We couldn’t be happier to support them as they build the tools that brands and publishers need to advance the podcast industry.”