Discord has published its latest transparency report for the first six months of this year.

The big takeaway is that the number of overall reports has almost doubled, largely because of the massive spike in user growth during the pandemic to over 100 million monthly active users. The messaging and chat platform, popular with gamers and streamers, is now said to be worth around $3.5 billion.

According to the report, Discord said it received 235,000 reports between January and June 2020, compared to 128,000 reports during the last reporting period between June and December 2019.

Discord said it took action in 65% of cases related to spam — resulting in the removal of four million accounts — and just 13% in cases of harassment. Discord said it’s often clearer when someone is spamming, but the subjective nature of harassment makes it the “least actionable” category of reports. 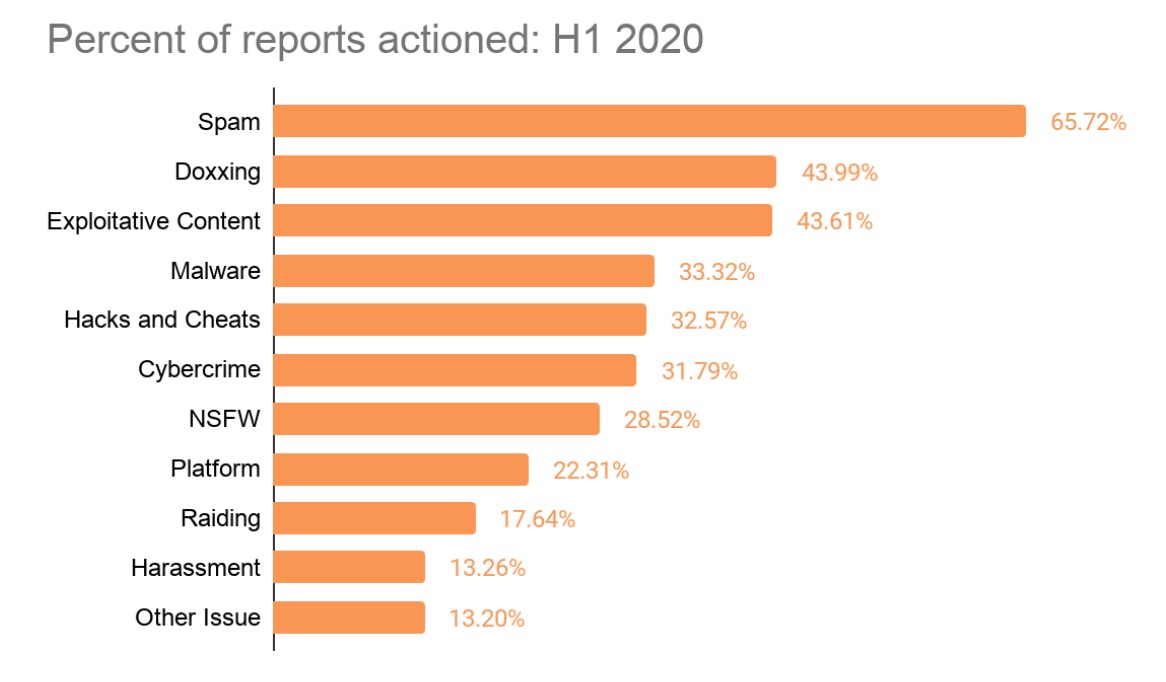 The percent of user reports actioned between January and June 2020. Image Credits: Discord

Discord also said it banned 162,621 accounts for posting exploitative content, like posting nonconsensual photos of others. That was the largest category of bans apart from spam. Most of this content was removed proactively by Discord, the company said.

Discord said it also removed over 5,000 servers each for posting exploitative content, hacks and cheats. The company said it removed 700 servers as part of a network sharing nonconsensual images. “Nonconsensual pornography has no place on our platform, and we’ll continue to take swift action against these communities and their members,” the company said.

Unlike other tech companies, Discord does not reveal the number of law enforcement requests it receives.

Discord now has a $3.5B valuation and $100M for a sales pitch lighter on the gaming