Finmark, a member of the Summer 2020 Y Combinator cohort, is not your typical YC startup. In fact company co-founder Rami Essaid has already built Distil, a security startup, and saw it through to exit when he sold the company to Imperva last year.

As he pondered what to do next, he took a quick turn at InsightFinder before turning his attention to a problem every startup founder faces: modeling what your financial future could look like. “Finmark is financial modeling for startups. We want to help founders understand their runway, their cash flow, their hiring plans and be able to do it in an easy way,” Essaid told TechCrunch.

It’s a problem he saw firsthand when he was co-founder at Distil. Like most startups, these projections were kind of a crapshoot in Excel. He wants to make it more precise and easy to get the big picture of your company’s finances before you can afford more sophisticated financial tracking software.

“One of the biggest pain points was always understanding where our projections were relative to what we were actually doing as a company. So many times we were running our entire business off of Excel, and so many times the forecasts of what we thought we were going to do were wrong,” he said.

He says it’s tough enough, even after you hire your first CFO and have professional rigor applied to your projections. As he sees it, the problem is you’re always looking back and always playing catchup. What’s more, because it’s done manually in Excel, he says that it introduces a lot of room for error. 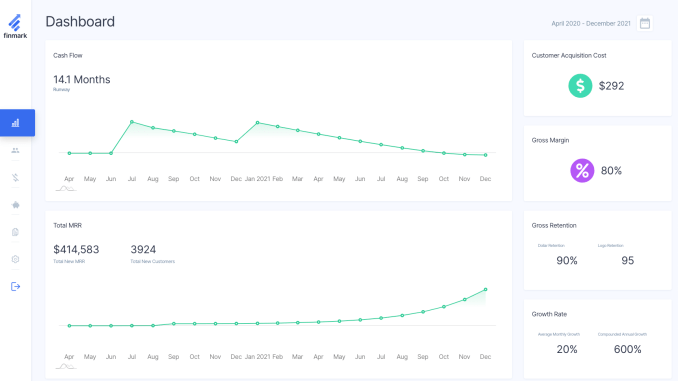 He admits this isn’t exactly a new idea. Companies like Anaplan and Adaptive Insights have been able to move modeling like this beyond Excel, but up until now he says that these tools have been designed for large enterprises, and he wanted to come up with a tool within reach of anyone, regardless of their size.

If you think it’s too limited a market, Essaid doesn’t agree. He sees a need and he thinks he can turn early-stage startups into paying customers, who eventually will pay significant money to have a tool like this to help them manage all of their finances in a professional manner. One way to build his customer base could be to partner with early-stage venture capitalists, whose portfolio companies could benefit from a service like this, an avenue he intends to pursue.

So why does an experienced entrepreneur join Y Combinator? Essaid candidly says that he saw the program as a good way to market the product. YC companies are his prime target audience. “Even as a repeat founder with some gray hair, I thought access to the network alone was worth the equity of YC,” he said.

But beyond the practical aspects, he says he still has plenty to learn. “Even with all of the lessons that I have learned, you don’t know everything, and they see a lot more companies than the ones that I’ve had a chance to operate, so I still find nuggets of wisdom in going through the program,” he said.

While Essaid has a company under his belt, which dedicated hundreds of thousands of dollars to scholarships for women in STEM, he admits that it’s hard to build a diverse organization and it’s something he’s still working on. He co-founded the company with two ex-Distil engineers, and he says there is a natural inclination to go back to the people he worked with before at Distil as he adds early employees, but he recognizes that he will not necessarily grow a diverse group of employees that way.

“I don’t have an answer to solving it yet. [ … ] We’ve been hiring from ex-Distilers but once we look outside of that, I think it’s really important to set up things in a way where you can look [ … ] at resumes with an unbiased lens,” he said.

For now, with 15 employees on the payroll, he’s just trying to build the company. He hinted that he is working on obtaining funding, but didn’t have anything definitive to say just yet.