Jelani Memory, an entrepreneur and father, had been wanting to write a kids book for years. While in the midst of raising a Series B round for his startup Circle Media, he started to feel burned out and wanted to start doing something more creatively fulfilling, Memory told me. That’s what led Memory to create A Kids Book About, a book publishing platform to help parents tackle tough topics and conversations with their kids. Its first book was “A Kids Book About Racism.”

“It was really me as a dad trying to keep that conversation going with my kids, and my kids thought the book was cool,” Memory said. “And it caused them to ask all sorts of new questions that I hadn’t heard them ask before around the topic of racism.”

Memory then shared that book with friends and colleagues, who suggested he write more books about other topics.

“So that’s really when the seed was planted,” he said. “When you find yourself waking up in the morning thinking about something and going to bed at night thinking about it, and in the middle of your workday, when you’re supposed to be doing work, sort of obsessing over it, I just sort of intuitively knew that these books needed to exist — at the very least for my own kids — because I knew that some conversations really are too hard to have. And while I consider myself a pretty open dad and talk about a lot with my kids, some of those conversations are just too hard to bring up, or if you’re ready to bring them up, you don’t know what to say.”

That seems to have struck a chord with the masses. The day after George Floyd was killed by police, A Kids Book About did as much in sales at it had the whole previous month. And it didn’t slow down, Memory said. The following day, sales went up 2x, and the day after, went up another 2x and held steady. So, within the span of 10 days, A Kids Book About saw north of $1 million in revenue.

“And to be quite honest, we had enough inventory that was supposed to last us the rest of the year,” Memory said. But we sold out of every single one of our titles except for two.”

At a certain point in June, there were abut 50,000 books on backorder.

“Grownups were really stepping up to have these meaningful conversations with their kids,” Memory said. “And while our book on racism did really well, our customers are just remarkable and they were snagging our book on cancer and feminism and empathy and mindfulness. It was really cool to watch.”

A Kids Book About officially launched in 2019 with 12 titles released in October. Today, there are 25 titles available, with plans for more on the way. The startup is primarily a direct to consumer business with a “fairly unique and novel publishing model,” Memory said.

A Kids Book About writes all of its books via a workshop in a single day. The company brings in an author, talks through the vision and mission as a company and then co-writes the book with that author. A Kids Book About intentionally looks for folks who have not yet published books, though, there are authors on the platform who have previously published books.

“It just tends to be that if you’ve already published, you almost always are certainly a straight, white male,” Memory said. “So for us, we look for folks with a deep personal story and someone who knows their topic inside and out through their lived experience.” 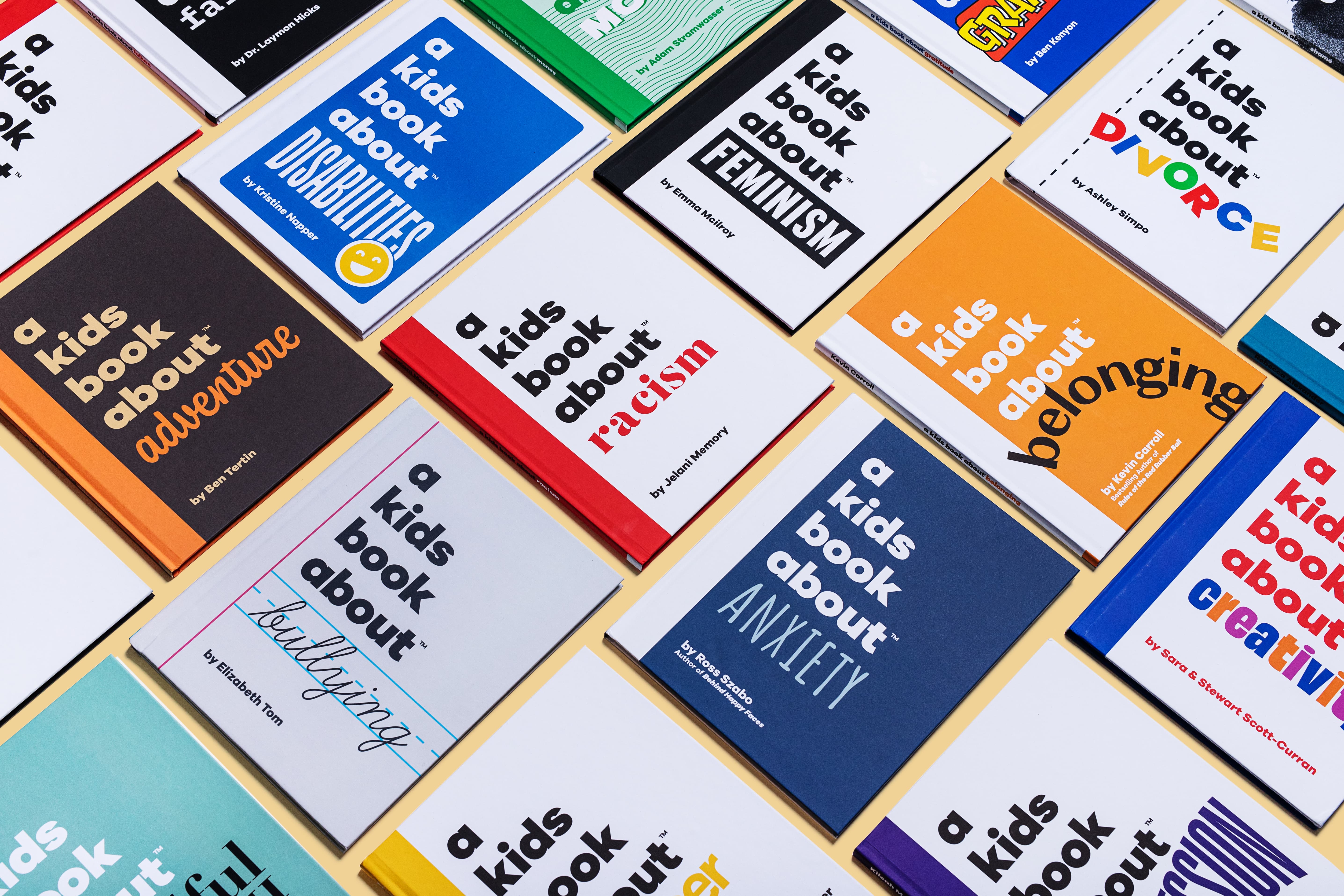 Image Credits: A Kids Book About

When the COVID-19 pandemic hit, A Kids Book About realized it needed to tackle this topic. So it green-lit and created a book within four days with a social epidemiologist as a free e-book. The physical book is available on pre-order for next month.

Meanwhile, amid the massive social movement sparked by Floyd’s death, the company realized it needed additional books on the topic of race.

“While my book is a great conversation starter on racism, we realized there are a couple of others books we really need to make,” Memory said. “So we’re fast-tracking a book about white privilege that will come out this fall and a book about systemic racism as a way to sort of round out that conversation.”

Another untraditional aspect of the business is A Kids Book About’s approach to fundraising. Part of that process meant choosing his investors as much as them choosing him, Memory said.

“That means avoiding a lot of conversations, it meant saying no to some checks,” Memory said. “But it really meant going out and finding more Black and brown investors.”

Memory also sought out investors where this deal would be its first investment in a startup.

“That was really important that I wasn’t just taking accredited investors but making room for unaccredited investors as well, knowing that if the wealth loop just keeps going the way that it is, only people with money get to make more money,” he said.

A Kids Book About raised $1 million from a handful of seed funds, including Cascade Seed Fund, Color Capital and Black Founders Matter.

“And I can tell you, pitching a direct consumer kids book startup that tackles topics like cancer and racism is not super hot in the venture,” Memory said. “And being a founder of color, even as a second-time founder, you know, I can’t tell you how many folks recommended that I should talk to impact investors. And I was like, ‘I don’t think you understand what I’m doing here. This isn’t a charity.’ But it was very easy to avoid and say no to those investors.”

Overall, Memory said his business resonated pretty well with investors, with the exception of e-commerce or consumer-focused funds. Sometimes it came down to the investors not having a strong grasp on the publishing industry or to how new the business was, he said.

“I think most investors fancy themselves as risk takers, but I think investors are the most risk-averse on the planet,” Memory said. “And also, the game of fundraising really is about finding those true believers who really get what you’re up to. I am still a little bit amazed we raised $1 million for this business knowing that half of the money was raised right smack dab in the middle of quarantine lockdown in the pandemic. But, you know, I don’t think it hurt that we started to post just remarkable numbers. And a lot of those folks we were already in conversation with at the time. And by the time we were doing half a million every few days, I ended up saying no to quite a few investors who I either thought weren’t a fit for us or simply we didn’t have the allocation for.”