Hey everyone, how are you? Are you doing well? Great. Or, condolences, depending.

Anyway, last week the Equity crew was discussing bankers, and how they love to talk up stuff.

The topic matters as there is a big impending transaction out there in the world, namely the shotgun sale of TikTok. And all sorts of folks are nattering about who might just be interested in making a bid for the Facebook competitor.

Danny did a blog about the situation. He said that TikTok is possibly worth “tens of billions of dollars,” but only if the social giant can “find a number of deep-pocketed buyers who are willing to bid the price up.” In short, if only Microsoft rocks up with checkbook, TikTok could go on the cheap given that there would be precisely no one to counter-bid.

Danny then made an interesting point. What might a grievance of bankers do when they want to sell an asset, say, not for $5 billion, but for $10 billion? AstroTurf some FOMO by adding more chatter and names to the mix, of course: (bolding: TechCrunch):

So what do the investment bankers at the heart of the deal do? They run the deal around to every corporate development department in the country, and they leak the information to reporters to try to drum up FOMO in other departments, all in the hope that a board member somewhere starts asking, “Hey, why aren’t we taking a deep look at this?” Heck, I’m sure even Oracle is taking a look — they have data centers and “synergy” potential, and its CEO Safra Catz is a major Trump supporter as well, and could navigate the coming policy shenanigans.

And then later on, CNBC reported that “Oracle is in talks to acquire TikTok’s U.S. operations, challenging Microsoft,” according to a source. And the FT wrote a piece entitled “Oracle enters race to buy TikTok’s US operations.”

So it’s time to put our little theory to the test with a wager. If Oracle buys TikTok then I, Alex Wilhelm, will convince my partner to let me take a train to New York, where I will eat Danny’s annoying Stanford sweatshirt that he always wears when we record the podcast. 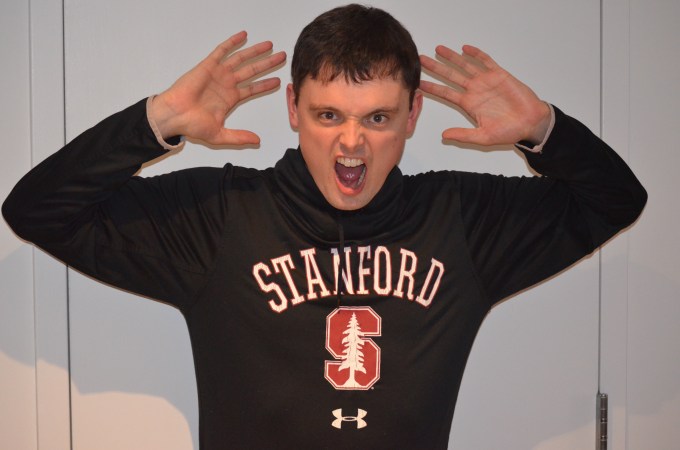 Photo via Danny “I Hate You” Crichton, and his lovely partner.

If Oracle does not buy TikTok, then, well, nothing. Good job Microsoft, we guess. But here’s a marker in the sand.

And just to be clear, this is nothing against Alex Sherman (whom I like and read) or the CNBC tech crew (which is stacked with great folks). The FT was also great, back when I could read it.

The wager is good until TikTok gets the boot or sells to someone. Let’s go.