Trade tensions between China and the U.S. have not stopped Chinese companies from eyeing to list on American stock exchanges. Li Auto, a five-year-old Chinese electric vehicle startup, raised $1.1 billion through its debut on Nasdaq on Thursday.

The Beijing-based company is targeting a growing Chinese middle class that aspires to drive cleaner, smarter and larger vehicles. Its first model, sold at a subsidized price of 328,000 yuan, or $46,800, is a six-seat electric SUV that began shipping at the end of last year.

Li Auto priced its IPO north of its targeted range at $11.5 per share, giving it a fully diluted market value of $10 billion. It also raised an additional $380 million in a concurrent private placement of shares to existing investors.

The IPO arrived amid a surge of investor interest in EV makers. Tesla’s shares have skyrocketed in the last few quarters. Li Auto’s domestic rival Nio, which raised a similar amount in a $1 billion float in New York back in 2018, also saw its stock price rally in recent months.

Li Auto is one step ahead of its Chinese peer Xpeng in planning its first-time sale. The six-year-old competitor said last year it may consider an IPO. Last month, a source told South China Morning Post that Xpeng was getting ready for the listing.

Founders of China’s emergent EV startups are often shrewd internet veterans who are well-connected in the venture capital and marketing world, attracting investment dollars in the billions. Li Auto, for instance, counts China’s food delivery mogul Wang Xing, boss of Meituan Dianping, as its second-largest shareholder after its CEO Li Xiang. TikTok parent ByteDance shelled out $30 million in its Series C round.

Investors are in part emboldened by Beijing’s national push to electrify China’s auto industry. The question, then, is whether these startups have the right talent and resources to pull things off in an industry that traditionally demands a much longer development cycle.

Wallace Guo, a managing partner at Li Auto’s Series B investor Taihecap, admitted that “the nature of auto consumption, unlike internet products evolving through trial and error, manufacturing a car, is a strategic move with sophisticated system, very long value chain, requiring huge investment and resources and any error can be fatal.”

Mingming Huang, chief executive of Future Capital, said that “it was a no brainer in 2015 to be the first investor” in Li Auto. The venture capitalist said Li, which ran a popular car-buying online portal before getting into manufacturing, “has the rare combination of being a relentless talent as well as a top-notch product manager that excels in creating value for all stakeholders.” 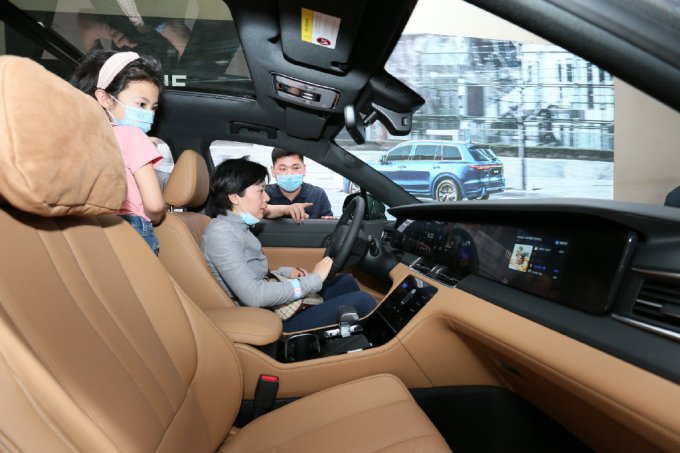 Both investors believed Li Auto has picked the right path of zeroing in on extended-range electric vehicles. EREVs come with an auxiliary power unit, often a small combustion engine, that ensures cars can still operate even when a charging station is not immediately available, a shortage yet to be solved in China.

As my colleague Alex pointed out, Li Auto is on a trajectory similar to that of its peer Nio, going public after a short history of delivering to customers. The startup only began shipping its first model last December and delivered just over 10,000 units as of June, its prospectus showed.

Its annual revenue — comprised mostly of car sales and a small portion from services like charging stalls — stood at 284 million yuan ($40.4 million) in 2019, a tiny fraction of Nio’s $1.12 billion. But Nio also amassed a greater net loss of $1.62 billion in the same year. In contrast, Tesla has been profitable for four straight quarters.

“Xiang has a deep understanding of the preferences and pain points of car owners and drivers in China. Li Auto is the first in China to successfully commercialize extended-range electric vehicles, solving the challenges of inadequate charging infrastructure and battery technologies constraints,” Huang asserted.

“The company is able to get positive gross margin when selling the first batch of vehicles and thus with its growth in sales volume, its gross margin was well above competitors and can live long enough to become a ten billion-dollar company with this healthy business model,” said Guo.