OnePlus’s first fully wireless earbuds just aren’t very good. It doesn’t give me joy to say that. OnePlus is a fascinating company that has produced some really great handsets at prices that don’t break the bank — and that’s precisely what gave me high hopes for the Buds. But they’re just not good.

They don’t look good, they sound bad and they’re not particularly comfortable. What they are, however, is pretty affordable, at $79 here in the States. Such a price point would have been a tremendous selling point only a few years ago, but the fully wireless earbud category has made some great strides of late, in addition to being downright flooded by cheap brands.

There are a handful of features it’s fairly easy to forgive for not being present at the sub-$100 price point. Active noise canceling for one, and wireless charging for another. And there are some good points here, as well: primarily the stated battery life of seven hours on the Buds and up to 30 hours with the case included. There’s fast charging through USB-C, with up to 10 hours in 10 minutes. I was also pleasantly surprised by the Bluetooth range. 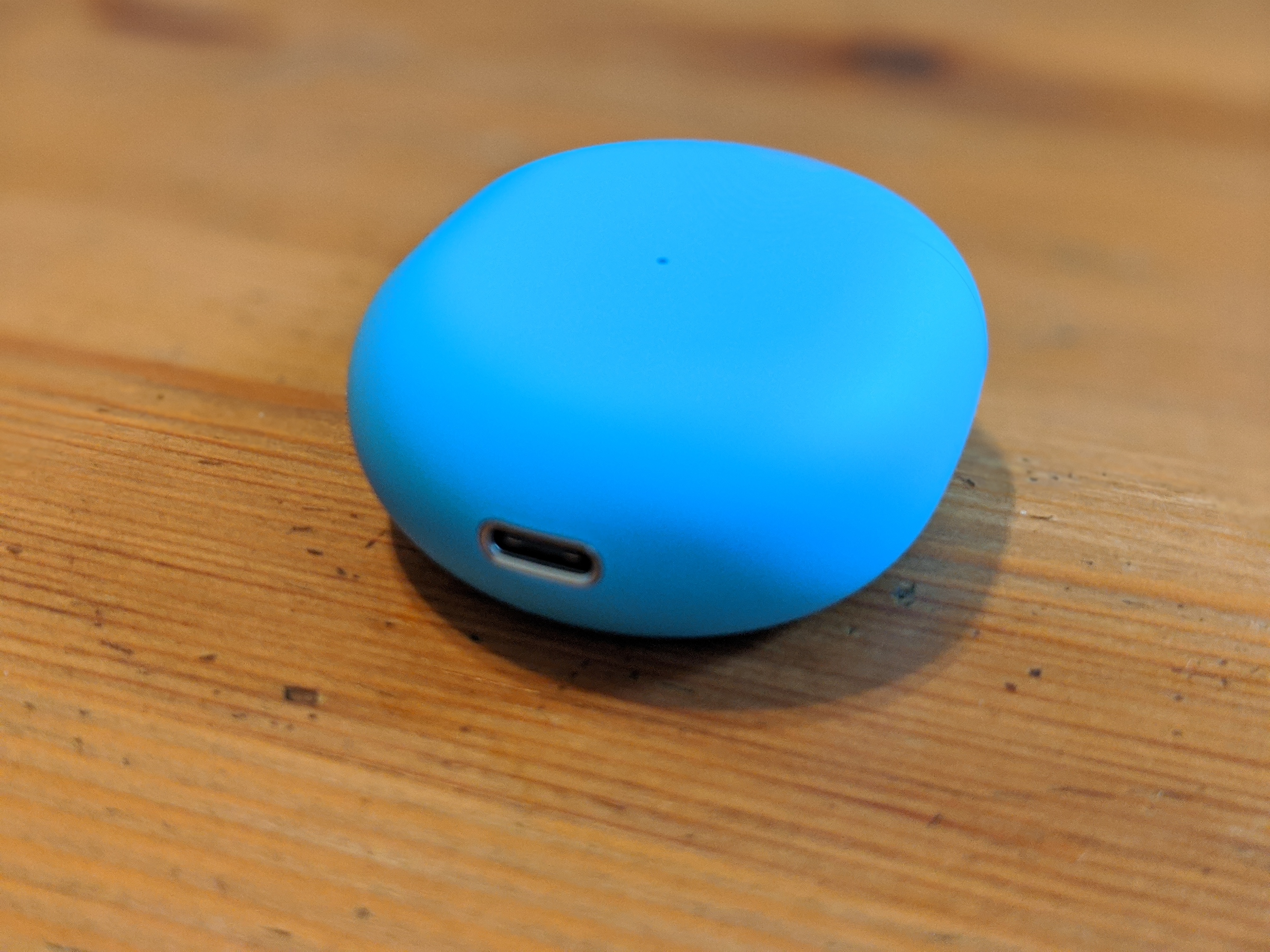 Beyond that, there aren’t a whole hell of a lot of reasons to recommend the Buds, beyond sheer brand loyalty. If you do, for some reason, feel the need to go along with OnePlus here, don’t by the Nord Blue. Seriously. I don’t care if it matches your new budget phone, the color scheme is atrocious. Kind of an electric sky blue accented with a sickly greenish-yellow. I’m not sure I’ve seen that exact color scheme outside of a 1980s boogie board.

The product feels cheap and plasticky throughout. The case has a matte finish and the Buds themselves have a kind of high gloss that seems like it ought to belong to an altogether different product. According to the press material, the product “Looks as good as it sounds.” Which, fair enough, I guess.

As for the sound itself, the company says it’s “Un-BEAT-able,” a not so subtle reference to the extreme reliance on a pumped-up bass to seemingly compensate for other aspects of the listening experience. I suspect, too, that a lot of the less-bassy musical nuance is lost with the inability to get a tight seal. OnePlus really ought to consider silicone tips for a future iteration.

It’s worth mentioning here, however, that a future software update should make the Buds better in a few ways, including additional touch gestures and Dolby Atmos Support — though the latter will only work with the OnePlus 7 and 8 handsets, again limiting the Buds’ appeal.

There’s a lot OnePlus ought to consider for the next generation. Meantime, there are plenty of better alternatives to recommend before these Buds.