Colin O’Donnell was already rethinking the notion of what makes cities and communities function even before the COVID-19 epidemic swept through the U.S. and revealed some of the cracks in centuries-old structures of urban life.

O’Donnell was part of the early wave of urban tech innovation, which began to rise about six years ago. He co-founded Intersection, a company manufacturing digital kiosks for public transportation services, which was eventually rolled up in one of the first big acquisitions from the Alphabet-owned subsidiary Sidewalk Labs.

While the initial optimism for — and interest in — technology’s ability to reshape the built environment has stumbled thanks to both Sidewalk’s data collection overreach in its initial Toronto project and the financial stresses that the COVID-19 epidemic has placed on cities across the country, experiments with how to integrate technology into society more intelligently continue on the margins. And investments in real estate technology continue to rise.

To ensure that these remote working puppies (I’m going with it) can navigate the American roadways in the manner to which they’re accustomed, Kibbo pitches exclusive RV parks outfitted with amenities like kitchen supplies and basic staples like coffee and snacks, a gym and recreational facilities for congregating. The company is now taking applications for membership and will be charging $1,000 per month to access its locations of sites near major national parks across the West Coast.

For members who don’t have their own vehicles, Kibbo offers access to top-of-the-line Mercedes Sprinters outfitted with the latest in #vanlife amenities. The vans cost roughly $1,000 per month to rent.

Beginning in the fall, members who get past Kibbo’s virtual velvet rope and gain access to the company’s communities will be able to visit spots in Ojai, Zion, Black Rock Desert and Big Sur. Those locations will be complemented by spots in urban cores in Los Angeles, San Francisco and somewhere in Silicon Valley, according to a statement from O’Donnell.

“With the pressure of months of quarantine fueling the desire for people to get out of their expensive apartments in the city to explore nature and connect with people, we now have the demand and opportunity to rethink how we live, work, have fun and find meaning,” he said. “We get to rethink the urban experience and define what we want cities of the future to really look like.”

With Kibbo’s launch, would-be puppies (still going with it) attracted to its vision of a network of community spaces shared by professionals whose companies have embraced remote work can now pay $100 to apply to be part of the network. 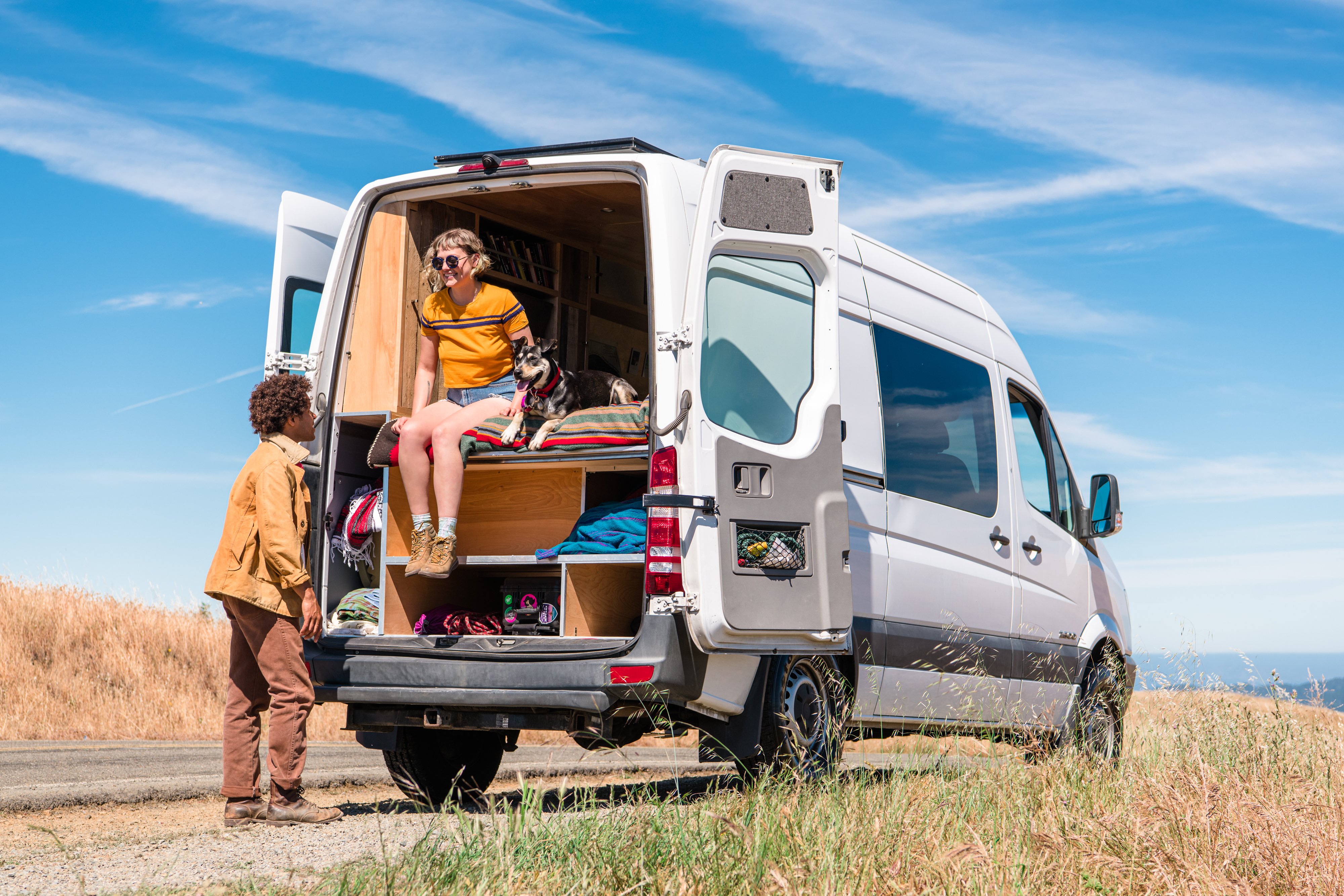 The company is tapping into a part of the American zeitgeist that’s nearly as old as the country itself. From its inception, people came (and colonized) the country in an effort to create communities that would reflect their values and beliefs and afford them an opportunity to flourish (at the expense of others).

It’s also working off of the glamping phenomenon that netted Hipcamp a valuation over $100 million and grabbed Tentrr an $11 million round of financing. Hipcamp offers a database of campsites that earns money by taking a commission from the bookings it facilitates to moe than 300,000 sites across the U.S.

Like Tentrr, Kibbo is using private land to set up sites accessible to membership. But unlike Tentrr, Kibbo owns its own real estate and is setting up its sites to be part of a community rather than just an experience for travelers looking for a different option from a city vacation or competing for campsites at national parks.

Kibbo also thinks of itself as developing a new kind of roving cities comprised of a certain kind of membership.

“Unlike traditional top-down designed and built real estate developments, Kibbo is setting out to build the first of the next generation of cities: flexible, reconfigurable, designed and defined by the people that live in it, off the grid and sustainable,” O’Donnell said.

“In the short and medium term, I think this looks like a specialty part of the RV market. However, our sense is that RV experience was designed for vacations or retirees and trends like remote work and van life suggest there is demand for different kind of infrastructure and experience… Our longer term interest is climate and affordable housing,” Abrahamson said.

Climate change and the resulting flooding, fires and rising sea levels are going to change the kinds of infrastructure to support permanent housing, Abrahamson said.

“Van life is benefiting from mobile infrastructure — solar + batteries make off-grid easier. As prices come down, mobile housing and infrastructure will become more attractive. And Kibbo is filling in other lightweight pieces of infrastructure related to things like sanitation and security and, yes, they’ll layer in experiences, too,” he said.

Both Abrahamson and O’Donnell think there will be more nomadic communities far beyond vacations and retirement, and Kibbo is the firm’s attempt to tap into that trend. It’s a vision for a future of cities that doesn’t include them, and one that O’Donnell, a New York transplant living in a communal space in San Francisco, embraces.

“While Kibbo offers an exciting lifestyle from day one, we’re making a bet that the future of cities is electric, autonomous, distributed, renewable and user-generated,” O’Donnell said. 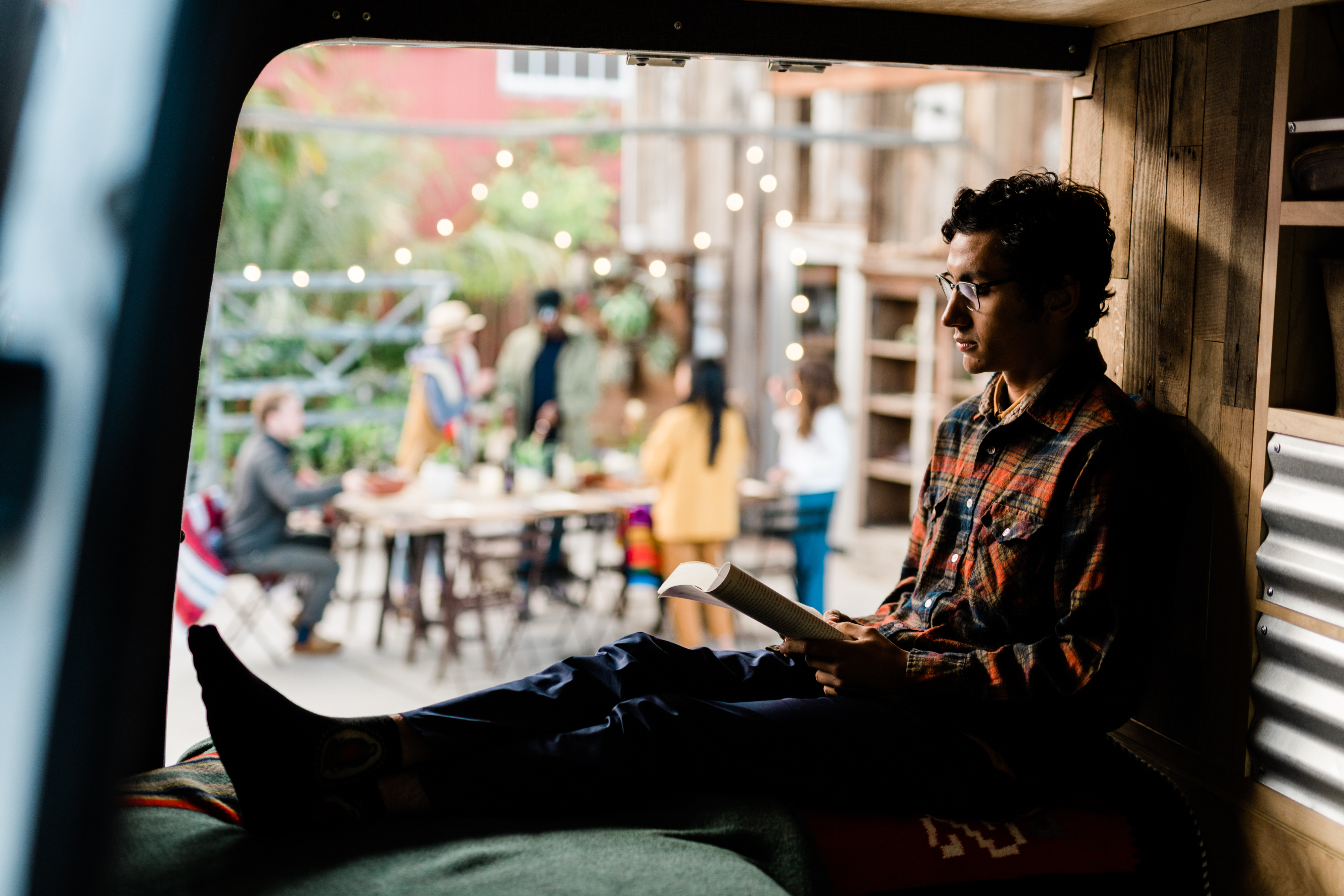