From a partnership with the Russian company 3D Bioprinting Solutions to make chicken meat replacement using plant material and lab-cultured chicken cells to an expansion of its Beyond Fried Chicken pilots to Southern California, KFC is aggressively pushing forward with its experiments around the future of food.

In Russia, that means providing 3D Bioprinting with breading and spices to see if the company’s chicken replacement can match the KFC taste, according to a statement from the company. As the company said, there are no other methods available on the market that can allow for the creation of complex products from animal cells.

“3D bioprinting technologies, initially widely recognized in medicine, are nowadays gaining popularity in producing foods such as meat,” said Yusef Khesuani, co-founder and managing partner of 3D Bioprinting Solutions, in a statement. “In the future, the rapid development of such technologies will allow us to make 3D-printed meat products more accessible and we are hoping that the technology created as a result of our cooperation with KFC will help accelerate the launch of cell-based meat products on the market.” 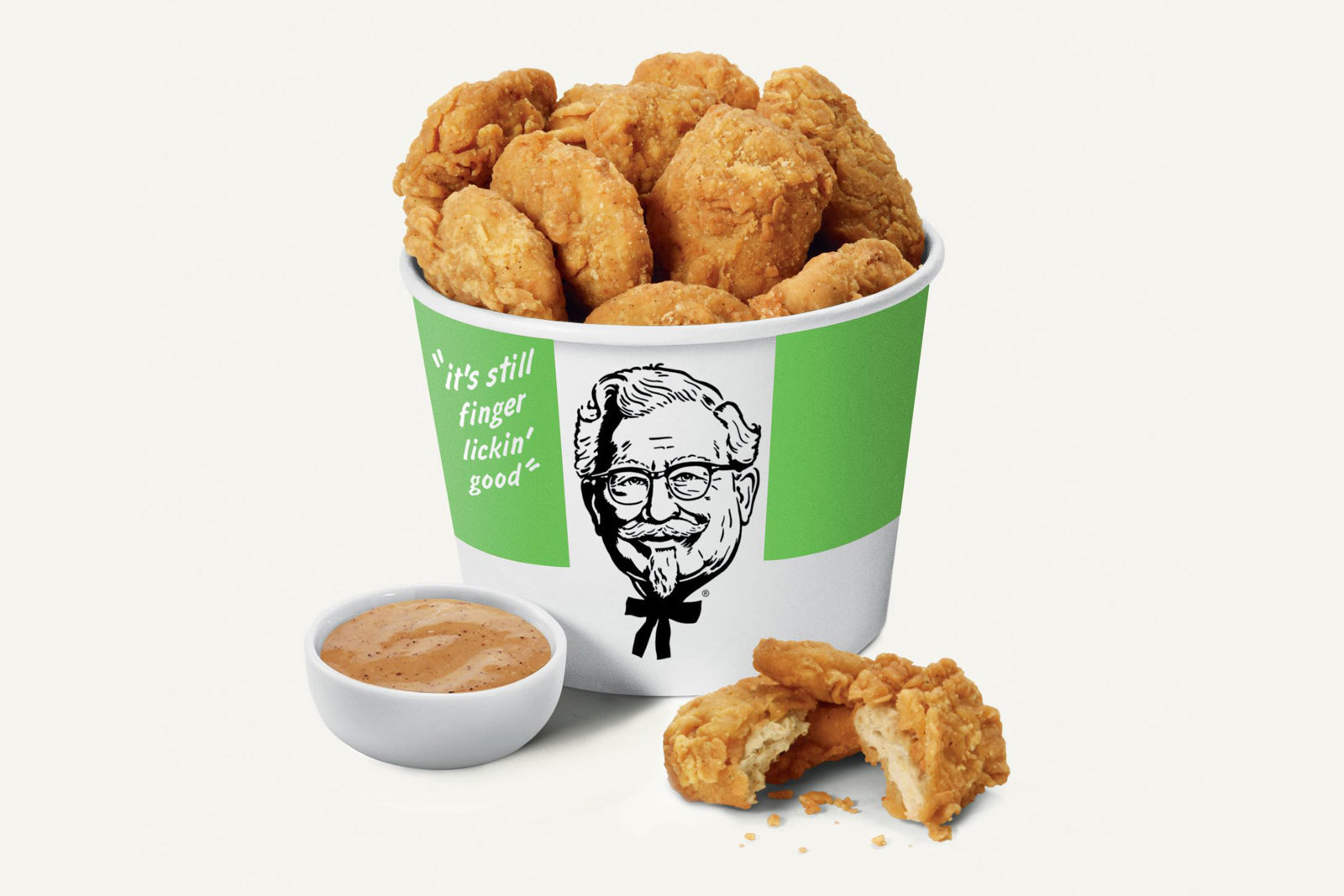 Closer to its home base in the U.S., KFC is working with the publicly traded plant-based meat substitute developer Beyond Meat on an expansion of their recent trials for KFC’s Beyond Fried Chicken.

Continuing its wildly successful limited trials in Atlanta, Nashville and Charlotte, KFC is now setting its sights on the bigger markets in Southern California, near Beyond Meat’s headquarters in Los Angeles.

Beginning on July 20, KFC will be selling Beyond Fried Chicken at 50 stores in the Los Angeles, Orange County and San Diego areas, while supplies last, the company said.

Unlike the 3D bioprinting process used by its Russian partner, Beyond Meat uses plant-based products exclusively to make its faux chicken meat.

Beyond Fried Chicken first appeared on the market last year in Atlanta and was made available in additional markets in the South earlier this year. The menu item — first available in a one-day consumer test in Atlanta — sold out in less than five hours, the company said.

“I’ve said it before: despite many imitations, the flavor of Kentucky Fried Chicken is one that has never been replicated, until Beyond Fried Chicken,” said Andrea Zahumensky, chief marketing officer, KFC U.S. “We know the east coast loved it, so we thought we’d give those on the west coast a chance to tell us what they think in an exclusive sneak peek.

Beyond Fried Chicken nuggets will be available as a six or 12-piece à la carte or as part of a combo, complete with a side and medium drink starting at $6.99, plus tax.

Meanwhile, KFC’s Russian project aims to create the world’s first lab-made chicken nuggets, and plans to have a trial version available from the lab this fall in Moscow.

Popularizing lab-grown meat could have a significant impact on climate change according to reports. The company cited statistics indicating that growing meat from cells could cut in half the energy consumption involved in meat production and reduce greenhouse gas emissions while dramatically cutting land use.

“Crafted meat products are the next step in the development of our ‘restaurant of the future’ concept,” said Raisa Polyakova, general manager of KFC Russia & CIS, in a statement. “Our experiment in testing 3D bioprinting technology to create chicken products can also help address several looming global problems. We are glad to contribute to its development and are working to make it available to thousands of people in Russia and, if possible, around the world.”