Canon has finally fully revealed its much-anticipated R5 and R6 mirrorless interchangeable lens cameras, and they look like very strong contenders for the field. The R5 is the new flagship of Canon’s mirrorless line, and it’s priced accordingly at $3,899 for the body alone. The R6 is its “affordable” sibling at $2,499 for the body alone, and still includes an impressive list of features, including some of the biggest autofocus system improvements common to the R5. 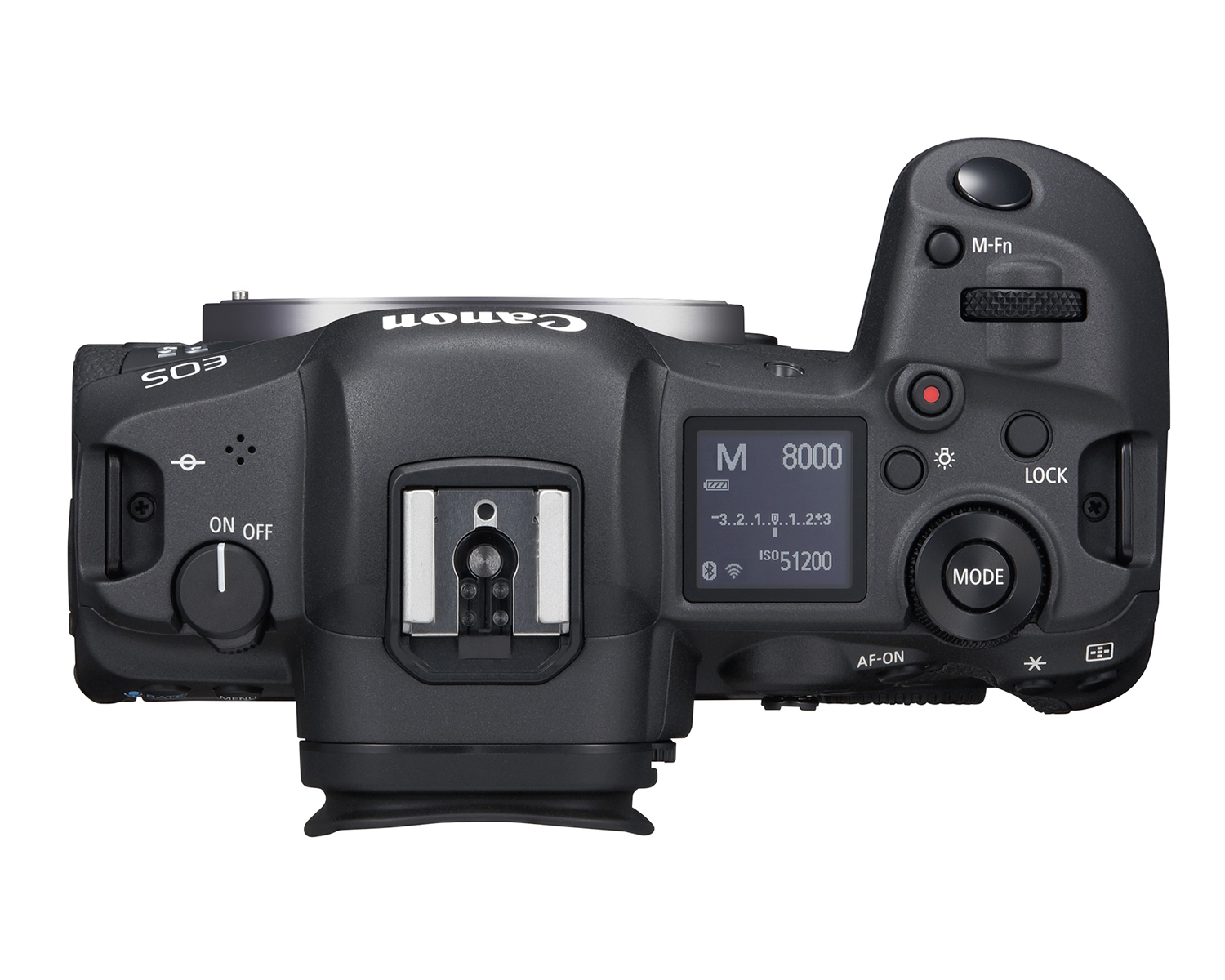 The R5 is essentially now Canon’s top of the line interchangeable lens camera, barring the 1D X III. It has a 45 megapixel full-frame sensor, which is brand new with this camera, and uses the same DIGIC X processor found in the EOS-1D X III. Along with in-body image stabilization (which stacks with lens stabilization, if available), it has the ability to shoot 8K video at 30 frames per second — uncropped, meaning it uses the full resolution capabilities of that large sensor for maximum quality.

The R5 can capture 4K footage at up to 120 fps, and it can record 10-bit 4:2:2 footage using either C-Log and HDR PQ internally for maximum dynamic range and editing flexibility. This is really the camera that video pros and enthusiasts have been asking Canon to make, and beyond, since the 8K capabilities should mean it’s relatively future-proof. 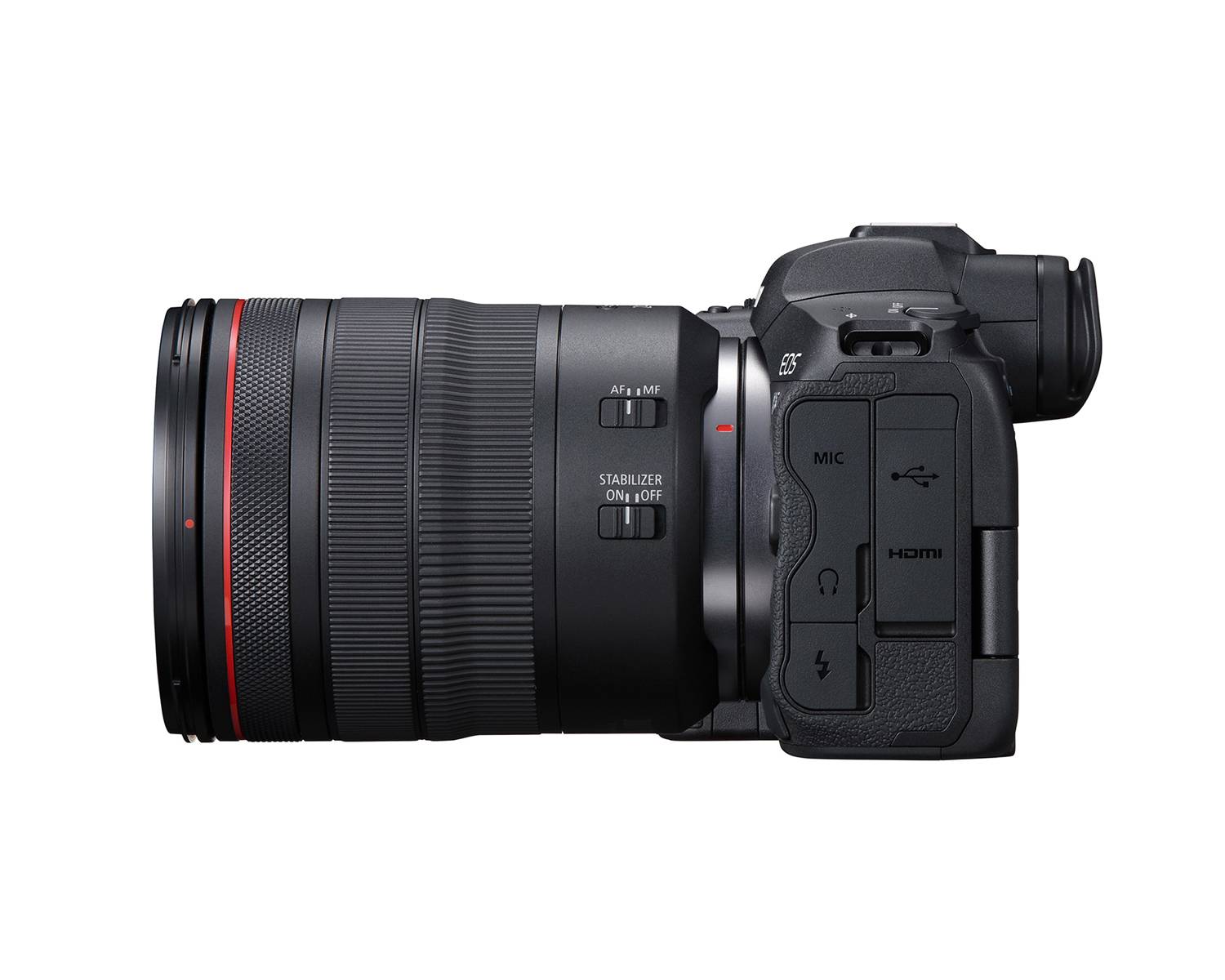 Catering further to video pros, there are both mic and headphone jacks on the R5 body, and an optional wireless title transmitter grip can add an Ethernet jack and facilitates more advanced multi-camera linked shooting features. The R5 also features a fully articulating fold-out display, and an electronic viewfinder with 5.76 million-dot resolution. It’s weather sealed for outdoor shooting in a range of conditions, and has two card slots, including one CFexpress slot and one SD card slot.

For both still and video shooters there’s an autofocus system that uses Canon’s Dual Pixel technology to deliver AF across the entire frame. It can also detect human faces and yes, the eye, face and body of animals, including not only dogs and cats but also birds — sure to be a popular feature among wildlife photographers. Also great news for still shooters is the 12fps burst rate, which climbs to 20fps when using the software shutter. 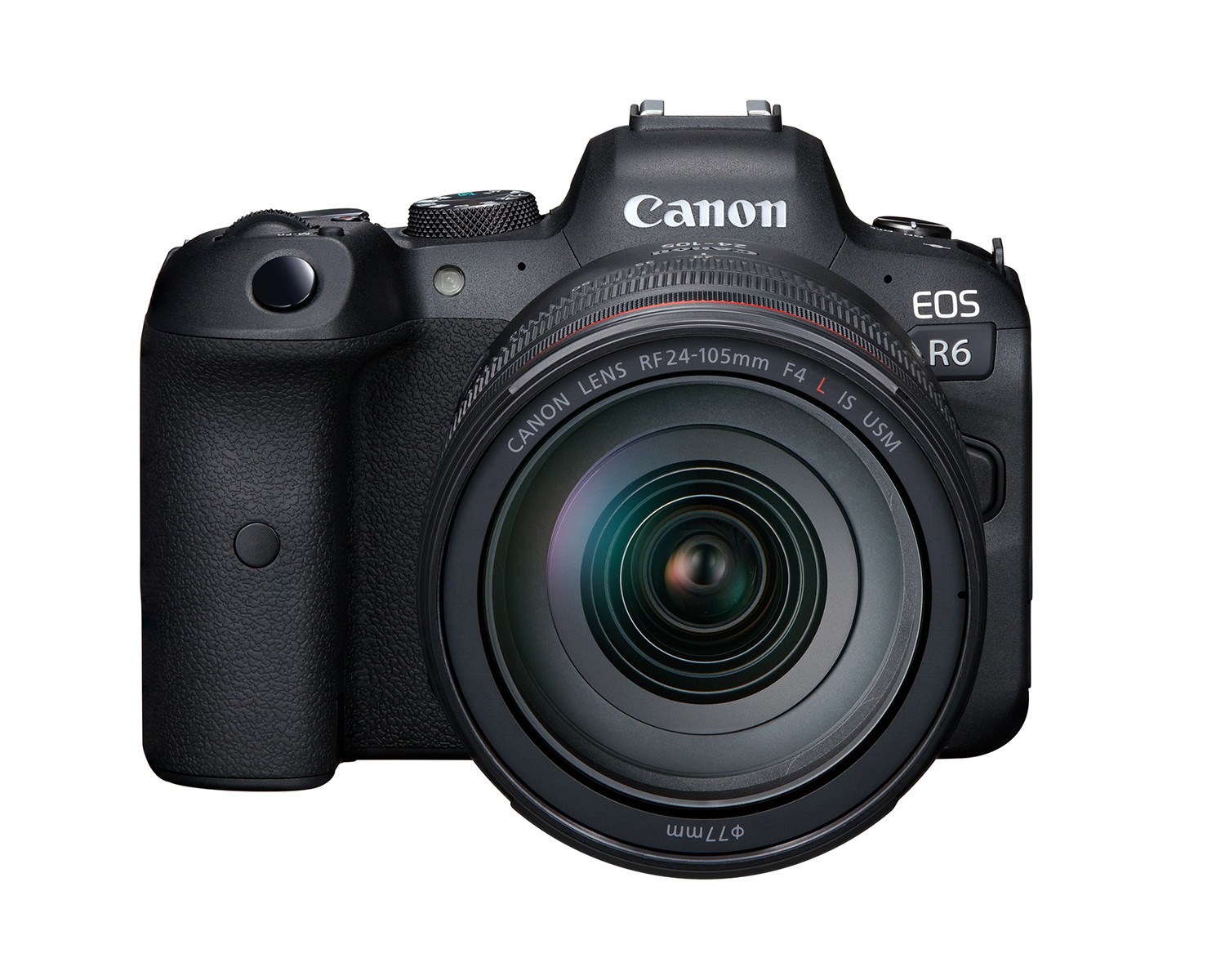 The R6 is similar in size and feature set to the R5, but has a much lower-resolution 20.1 megapixel full-frame sensor. It also shoots video at a maximum of 4K/60fps (with slight cropping), and has a lower-resolution OLED EVF versus its more expensive sibling. It also has Dual UHS-II SD card slots in place of the CF/SD combo on the R5, and less rigorous weather sealing. It also lacks the R5’s top e-ink display.

Still, it does include the same AF features and uses the same new battery type as the R5, and is compatible with the BG-R10 battery grip that also works with the more expensive camera. It finally sounds like a true and capable competitor to other options that have retained popularity among video enthusiasts and creators like the Sony A7 III, even as Canon has released newer cameras like the EOS R and RP. 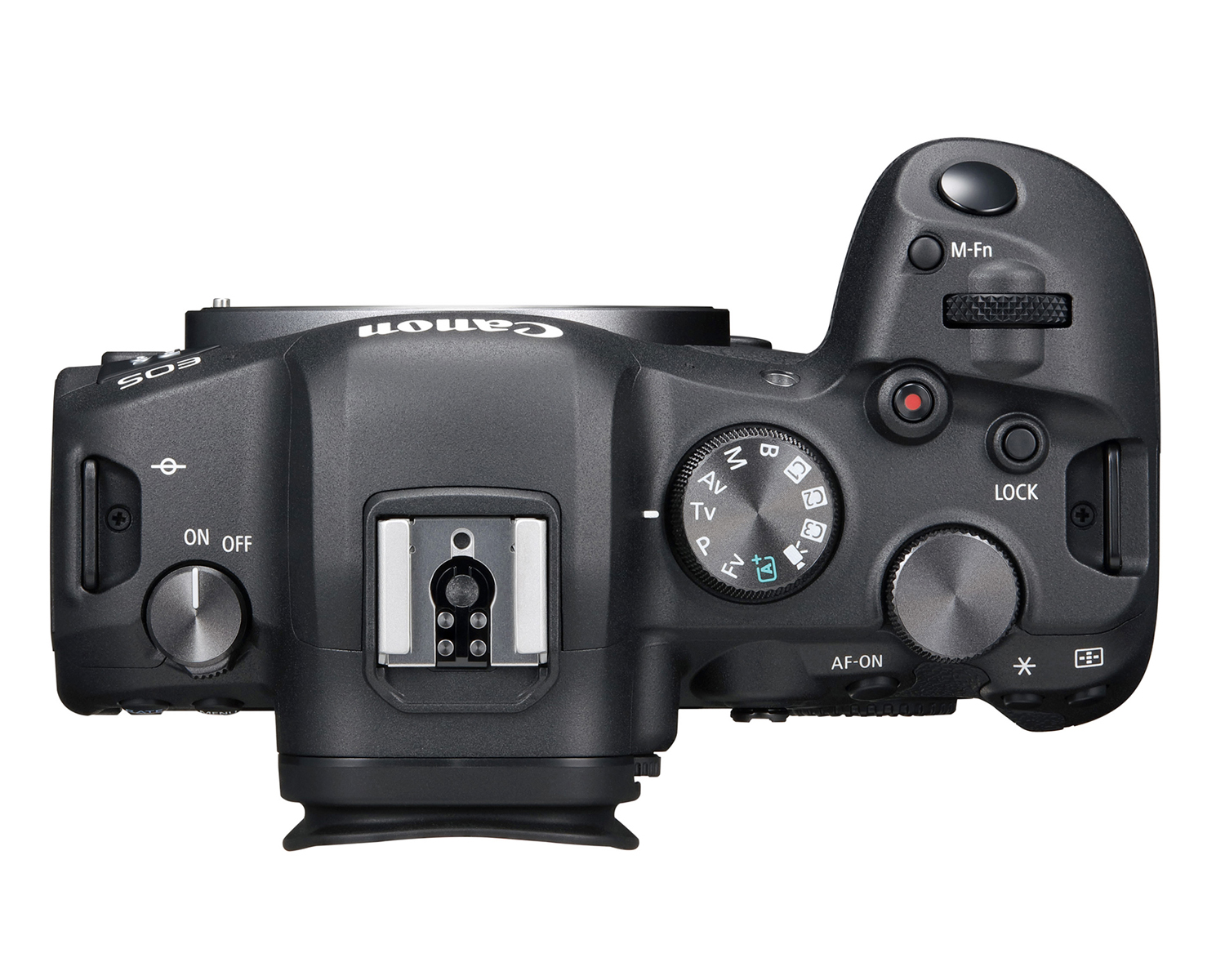 One potentially disappointing note for both cameras regards battery life, where the rating is around 320 shots with the LCD or just 220 shots on a full charge when shooting with the EVF. Sony’s A7R IV manages between 530 to 670 shots with the EVF and LCD respectively, for comparison.

Canon’s camera hardware sounds like it delivers on a lot of what Canon fans, photographers and videographers have been looking for from the company for many years. But the real advantage of Canon’s system might reside in its RF glass, which has excellent reviews for all its existing lenses, and which is also gaining a bunch of versatile new products across the price range. 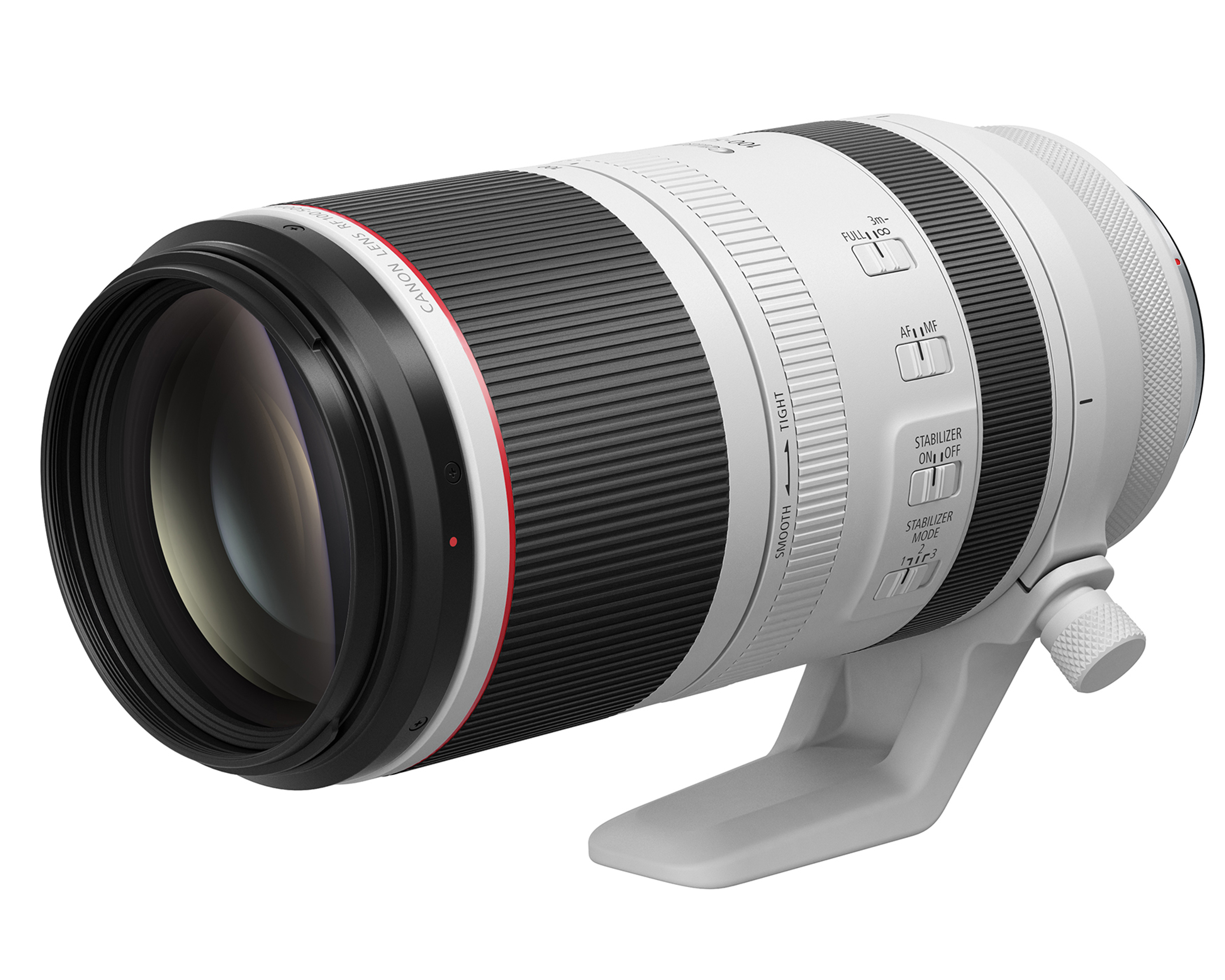 These include a new 100-500 f4.5-7.1 superzoom ($2,699), which includes built-in image stabilization and should be a fantastic option for birders and wildlife photographers. There’s also affordable new RF600mm ($699) and 800mm ($899) fixed aperture f11 primes that won’t be useful in low lighting but that should be fantastic for sports and wildlife outdoors. Finally, a new RF85mm F2 ($599) with close-focusing macro capabilities seems like an awesome mid-range portrait and close-up lens.

Canon is also releasing 1.4x ($499) and 2x ($599) teleconverters for its RF lenses, which is a standby that every well-rounded system needs.