There’s a new company that wants to get into the commercial space tourism business — with a unique spin that involves non-traditional launch vehicles. Space Perspective, a new startup founded by Jane Poynter and Taber MacCallum, intends to fly a pressurized capsule to the upper edge of Earth’s atmosphere using a high-altitude balloon, which can hold up to eight passengers for a six-hour trip at an anticipated price of around $125,000 per person.

The plan, according to the company, is to use its so-called “Spaceship Neptune” capsules to host both tourists and research payloads, with a cruising height of around 100,000 feet. It’s actually technically not space, but the company promises fantastic views that will include sights like the actual curvature of the Earth. The six-hour trip will include a two-hour ascent, a two-hour flight at the top of the atmosphere and a two-hour descent back to Earth, according to Space Perspective. The company intends to launch its balloons and capsule from Kennedy Space Center in Florida, and when it returns to Earth, it’ll splash down in the Atlantic Ocean, where a ship will retrieve the passengers and the capsule. The FAA will regulate all of Space Perspective’s human flights, and it’s working with the U.S. regulatory agency in advance of its planned crewed missions, which are likely still a few years away, at least.

If any of this sounds familiar, it might be because Space Perspective’s founders created a company with some very similar goals earlier in their careers: Poynter and MacCallum previously co-founded World View, a stratospheric balloon company whose primary mission is to fly payloads, including communications and Earth observation hardware, but which also had as one of its stated goals a mission to fly people using balloon-lofted capsules.

World View still operates, though Poynter was replaced as its CEO by Ryan Hartman in February of last year. World View’s primary HQ is in Arizona, and it operates a manufacturing and launch facility there, from which it regularly flies its balloons as it continues to develop and deploy its technology.

Space Perspective is a completely separate company, a company representative tells me. The company plans to launch from Kennedy Space Center in Florida, as mentioned, and will also launch in the future from Florida’s Cecil Spaceport, as well as private launch sites in Alaska, Hawaii and internationally, the company says. 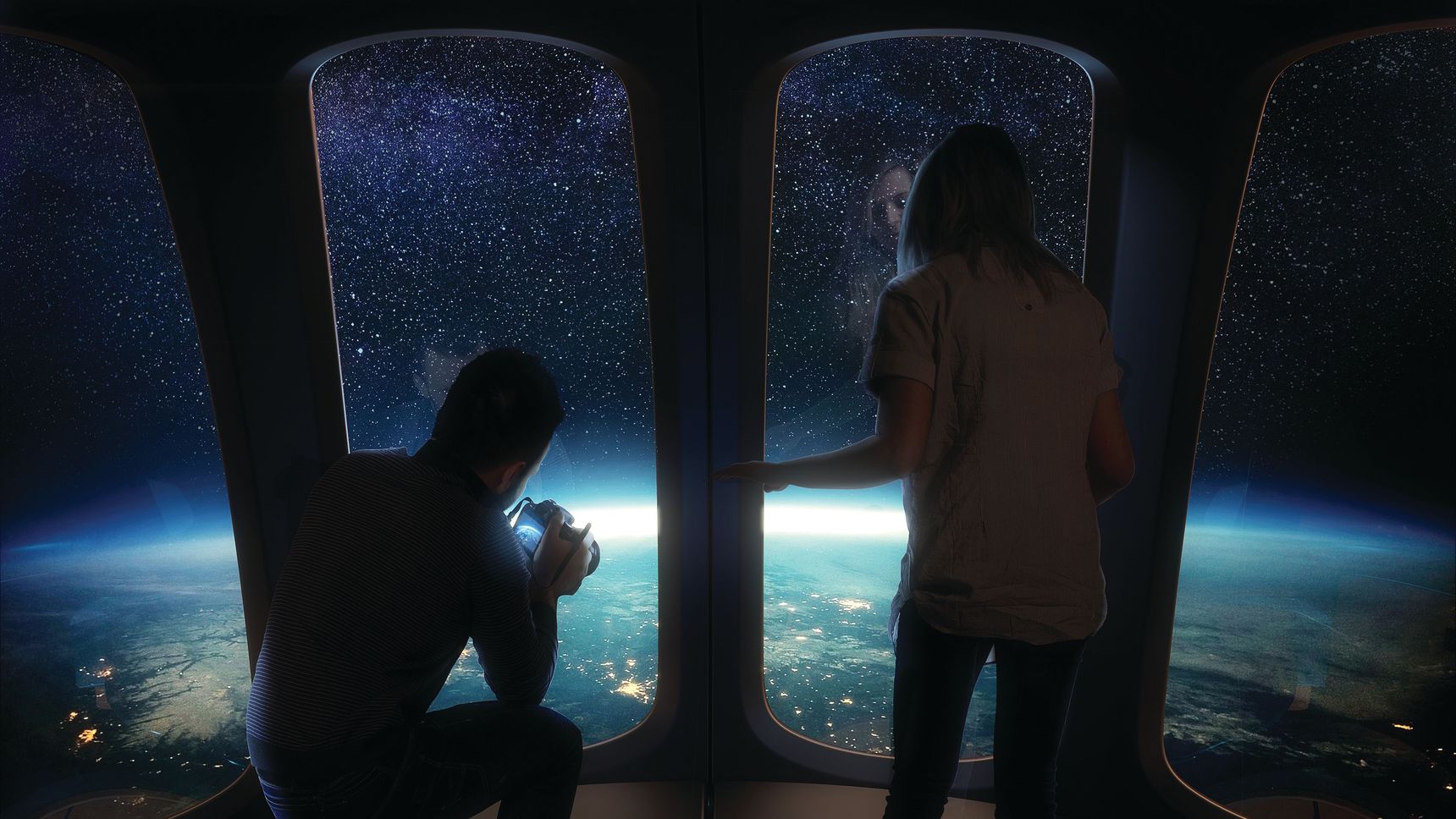 The startup plans to begin test launching its Neptune capsule as early as next year, though without any people on board. Instead, it’ll carry experimental payloads, which is again a secondary goal of the technology that Space Perspective intends to put in market.

This is an interesting entrance in the “not-quite-space” tourism industry, with some differentiators that could make it a compelling alternative to offerings from Virgin Galactic and Blue Origin, though not on par with what SpaceX intends to do with its private Crew Dragon commercial flights. Poynter and MacCallum appear to have started this as a separate venture from World View in order to allow that company to focus on its more practical industry and commercial payload missions, allowing Space Perspective to better express their specific goal of human high-altitude transportation.