Way back in 2018, Aerones detailed its plans to use large, industrial drones to clean wind turbines. The company had already raised $3.6 million to date and moved from Latvia to the San Francisco Bay Area. But things change fast in the world of startups — and sometimes that requires a rethink.

Aerones will remain in the wind turbine-cleaning business, but its methods are changing pretty dramatically. That includes a move from the aforementioned drones to a ground-based robotic system. The system utilizes a computerized winch system and a robotic arm, coupled with a small fleet of ground-based robots.

The computerized winch system ensures the robotic arm can perform a range of inspection and maintenance tasks, including close-up photography, laser scanning of the leading edge surface, lightning conductivity tests, blade cleaning, drainage hole cleaning, and the coating of protective materials. The system enables a two-man crew to service multiple turbines every day, even performing some services at night and low in temperatures.

The company, understandably, says the new system is “more stable and effective” than the drone version. It has already piloted the system in the U.S. and Europe. All of that makes sense, but is a bit of a letdown for those seeking credible use cases for industrial drones. 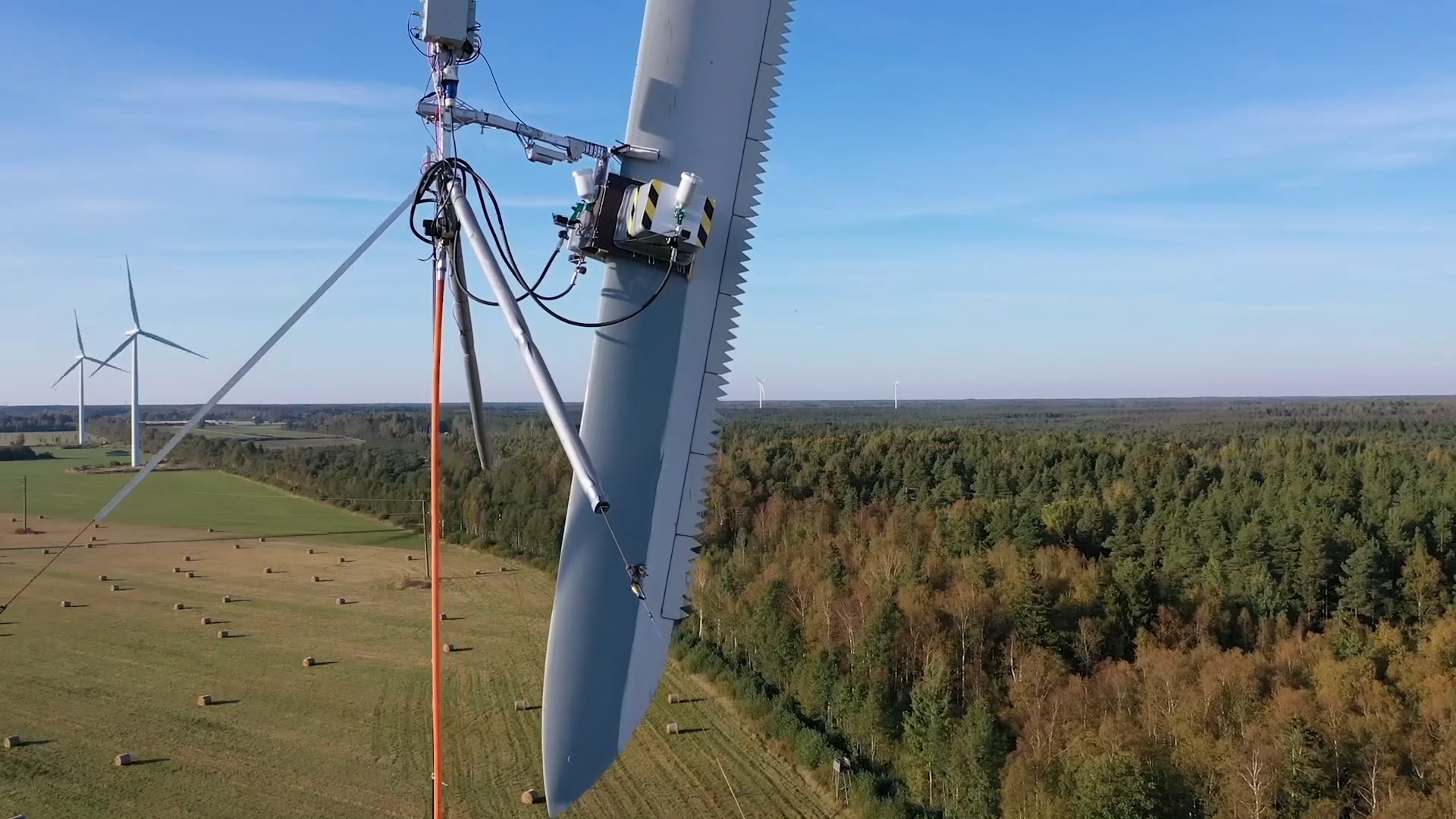 The shift in focus also comes with a new seed round, this time $1.6 million from existing investors YC and Sensum Group, and new participants, including Change Ventures. The additional funds will go toward further development of the new robotic system, as well as a further expansion into the U.S. market.