For years, Chinese e-commerce exporters have been learning the ins and outs of ad placement on Facebook, Instagram and other mainstream social media platforms to reach customers around the world. But they recently spotted a new way to grab people’s attention, one that has never felt more familiar.

Shopping via videos is currently all the rage in China. There are efforts from short video apps like Douyin — TikTok’s Chinese sister — that match merchants with content creators for promotion. During the coronavirus lockdown, millions of consumers relied on live videos to check out products and posed questions to merchants remotely, a practice that has won endorsement from local governments as a way to drum up domestic consumption. In just Q1 this year, more than 4 million live shopping sessions took place in China.

In other parts of the world, brands and video creators — especially influencers with sizable followings — are also getting pally. A few American venture capitalists have recognized the early potential of the collaboration. Amazon, a few years behind its Chinese counterparts in live streaming, launched Amazon Live last year.

Now Alibaba, one of the pioneers of shoppable videos in China, has big plans to attract and train up international influencers — so it can sell more around the world through AliExpress. The platform is one of Alibaba’s marketplaces for international consumers, which altogether claim 180 million annual active consumers.

“Chinese manufacturers are always looking for ways to sell and influencers are the quickest way to drive traffic these days,” reckoned Miranda Tan, chief executive of Robin8, a data-driven influencer marketing platform.

Indeed, a few Shenzhen-based e-commerce exporters told TechCrunch that they are actively looking to work with international content creators, particularly TikTok influencers, to market their products. For now, they depend on their Chinese staff to make low-budget promo videos that often miss important cultural nuances.

Everyone is a seller

AliExpress plans to recruit as many as 100,000 “promoters,” who will help merchants and brands on AliExpress promote through YouTube, Facebook, Instagram, TikTok and other popular internet platforms. Besides popular influencers, the platform is also after talented content creators behind the camera and seasoned marketers with access to customer acquisition channels. 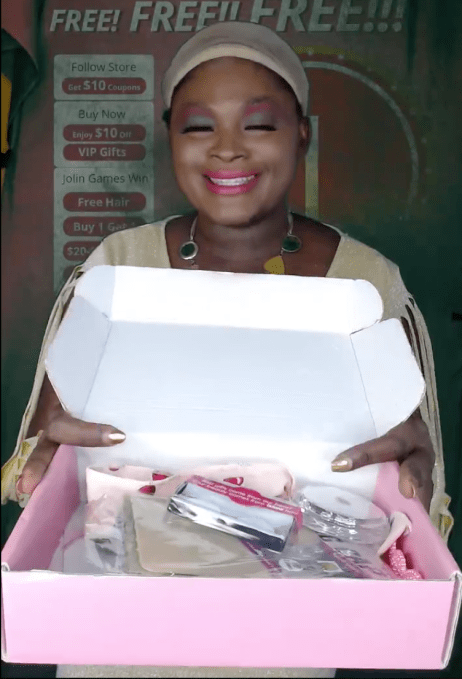 Fabian Ouwehand, the founder of short-video marketing agency Uplab, echoed that view. “It’s interesting because it will push the industry [abroad] to innovate on social commerce. It looks like they are trying a strategy [through which] every user can become a seller — key opinion consumers going to the West.”

To that end, the team created the “Connect” matchmaking system for influencers to find promotional tasks and is providing training and analytics tools to support their creative process. While live selling has been available to Alibaba sellers in China since 2016, AliExpress only added the feature last year and announced the recruitment program in April.

The call for talent came at a time when millions around the world have lost their jobs due to the coronavirus outbreak. It’s no surprise that AliExpress is billing the recruitment as one that could “help individuals rebuild after COVID-19.”

“A lot of people don’t have money now and are looking for ways to make money during the coronavirus outbreak,” contended Tan, who has observed many individuals are learning to be product promoters on social media to make extra bucks. “Everyone becomes their own independent company.”

An obvious target for AliExpress is the emerging crop of bilingual foreign influencers living in China. “Many are foreign students in China with a positive image and a knack for expression. They have a flexible schedule in the evening, so agencies will approach them, train them as live-streaming hosts and eventually sign with them,” said Wang.

The influencers fluent in Chinese and their native language may seem like ideal ambassadors in sellers’ target markets, but there is a potential drawback. “They might look to Li Jiaqi and Weiya as role models,” said Wang, referring to China’s top beauty influencers known for their record-smashing sales. “But what works in China may not work in their home countries.”

On the demand side, Wang worried that Chinese merchants are too accustomed to seeing meteoric sales numbers that influencers in China generate. “The overseas [live streaming] market has not reached the stage of maturity, so it’s our priority to manage expectations from both sides [of sellers and content creators.]”

Most of AliExpress’s sellers naturally come from China, the world’s factory, while Russia is its biggest market for revenue. The platform has been working to boost its inventory by opening up to sellers in Turkey, Russia, Spain and Italy last year. For instance, Russia is a big market for AliExpress’s Turkish merchants. The expansion means an even greater challenge for the Chinese company to cope with differences in business dynamics and consumer behavior across regions.