The Acura NSX is a fun sports car with a hybrid powertrain that lays out an impressive amount of power. But I’m not here to talk about the car’s performance. One of the car’s best features is its cell phone holder. It’s time for automakers to face the reality that cell phones are a critical part of most people’s lives and vehicles need better integration.

The adoption of a dedicated cell phone holder tracks alongside automakers’ slow adaptation of the cupholder. Once a joke of a feature, it took car makers decades to give consumers a spot to hold their hot McDonald’s coffee. 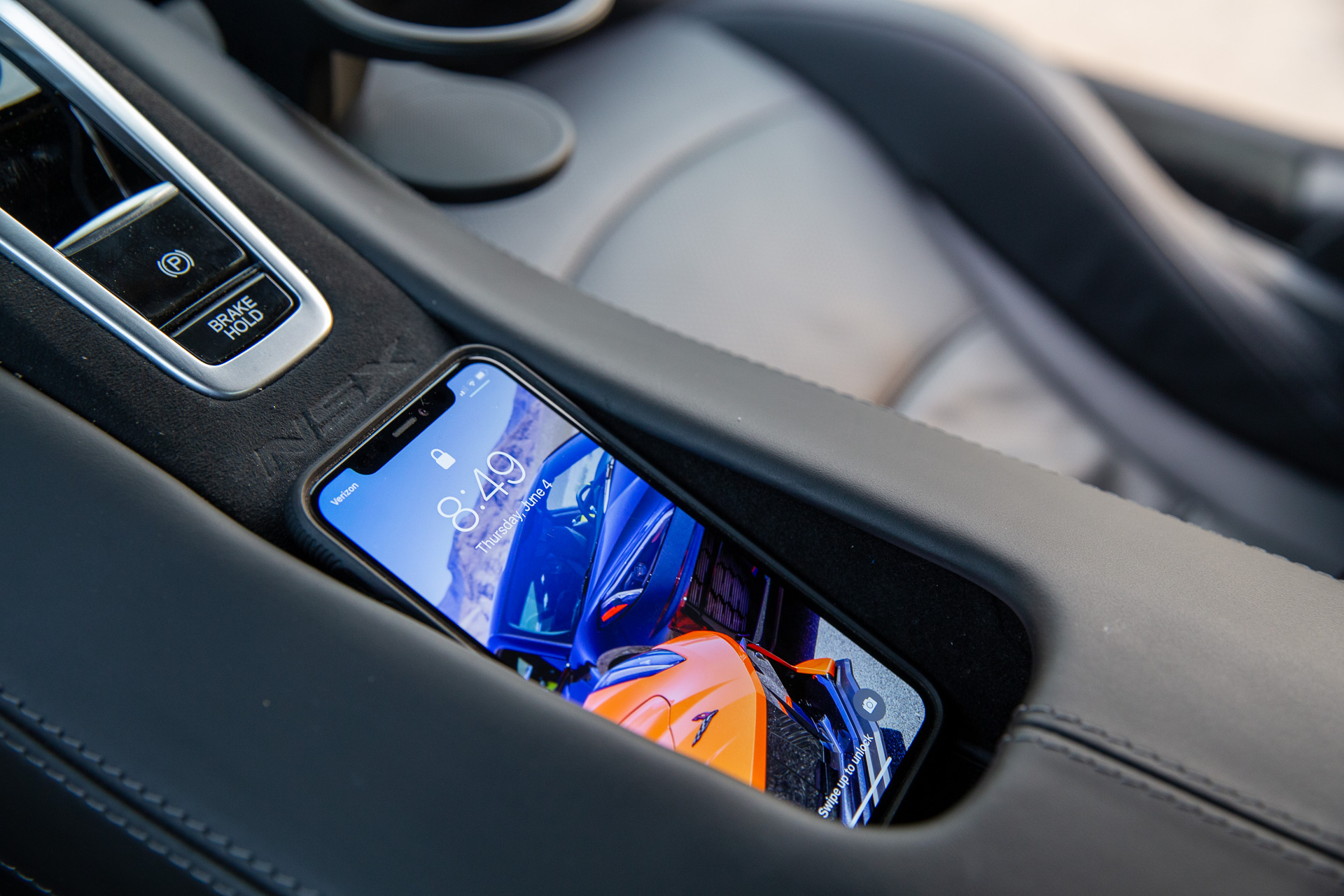 In the NSX, the cell phone holder keeps the device accessible and yet out of direct view of the driver. The location is molded into the center console and keeps the device vertically oriented. It’s easy to grab the phone and quickly put it back.

Automakers have long treated cell phones as an item only some drivers own. This stance is far from reality, and while it’s illegal in a lot of places to use a cell phone while driving, many drivers still use their phones for navigation, media and more. At best, automakers install a recessed catch-all pocket under the radio and behind the center-mounted gear shift.

There are a few reasons for the slow adaptation of the cell phone holder. For one, vehicle development often spans years, while cell phones gain new features and form factors at a much quicker rate. Automakers are faced with predicting how consumer electronics like a cell phone will change and need to design vehicles to work with current devices and devices five years from now.

The new Acura NSX gets the cell phone holder right. At least by today’s standards. My iPhone 11 Pro (with a case) fits neatly in its intended spot and stayed put during spirited driving. The location in the center armrest works well in this sports car, but I don’t think I would like it in a commuter crossover. It’s too hard to see for daily tasks like navigation or media playback — things secondary in a car like the NSX primarily designed for going fast.

As for the NSX’s performance, I can only give a brief overview. I had the car for 72 hours, and I’m not comfortable landing on conclusions after driving the vehicle for that short amount a time. The acceleration is blistering, yet the body dynamics are average. I found the steering odd and inconsistent as sometimes it was heavy and other times nimble. The steering is acceptable for daily driving though it could be problematic on a track. (I didn’t take it to a track.)

The engine noise is disappointing. When the vehicle is in its standard driving mode, Sport, it sounds like a Saturn with a rusted-out exhaust. The tones improve when the NSX is placed in Sport+ and Track but is still lacking a bit of raw emotion.

Overall, I’m not sure about the driving dynamics of the NSX. During my short time with the NSX, I took it on winding backroads and long stretches of highway. And yet I can’t land on a conclusion, which, in a way, is a conclusion itself. The NSX is impressive, as it should be for $179,000, but does it offer anything extra over a Porsche 911 Turbo, Audi R8 or AMG GT R in terms of driving dynamics? I’m not sure, but it certainly has a great cell phone holder.