MasterClass, a startup that sells celebrity-taught classes to people, has raised $100 million in a Series E round. The round was led by Fidelity Management & Research Company with participation from new investors including Owl Ventures, 01 Advisors and existing investors NEA, IVP, Atomico and NextEquity Partners.

The new financing brings MasterClass’ valuation to $800 million, according to Bloomberg, which broke the news of the edtech company’s then-impending funding round earlier this month. MasterClass declined to disclose its new valuation, but said that its valuation is higher than $800 million.

MasterClass views itself as neatly on the intersection of entertainment and education. The startup has produced 85 classes taught by celebrities, or “masters,” on their specialties. The platform has garnered blockbuster names like Anna Wintour to talk about how to grow a business, Gordon Ramsey on how to cook and David Sedaris on how to be funny. The previews of classes are called “trailers.”

It also touches on the public’s innate curiosity about how famous people think and work. MasterClass tugs on that idea a bit by also offering classes that fundamentally do not make sense to be “digitized.” Think high-contact sports, like a tennis lesson from Serena Williams or a basketball lesson from Steph Curry. Or just general pontifications from RuPaul on self expression and Neil deGrasse Tyson on scientific thinking and communication. 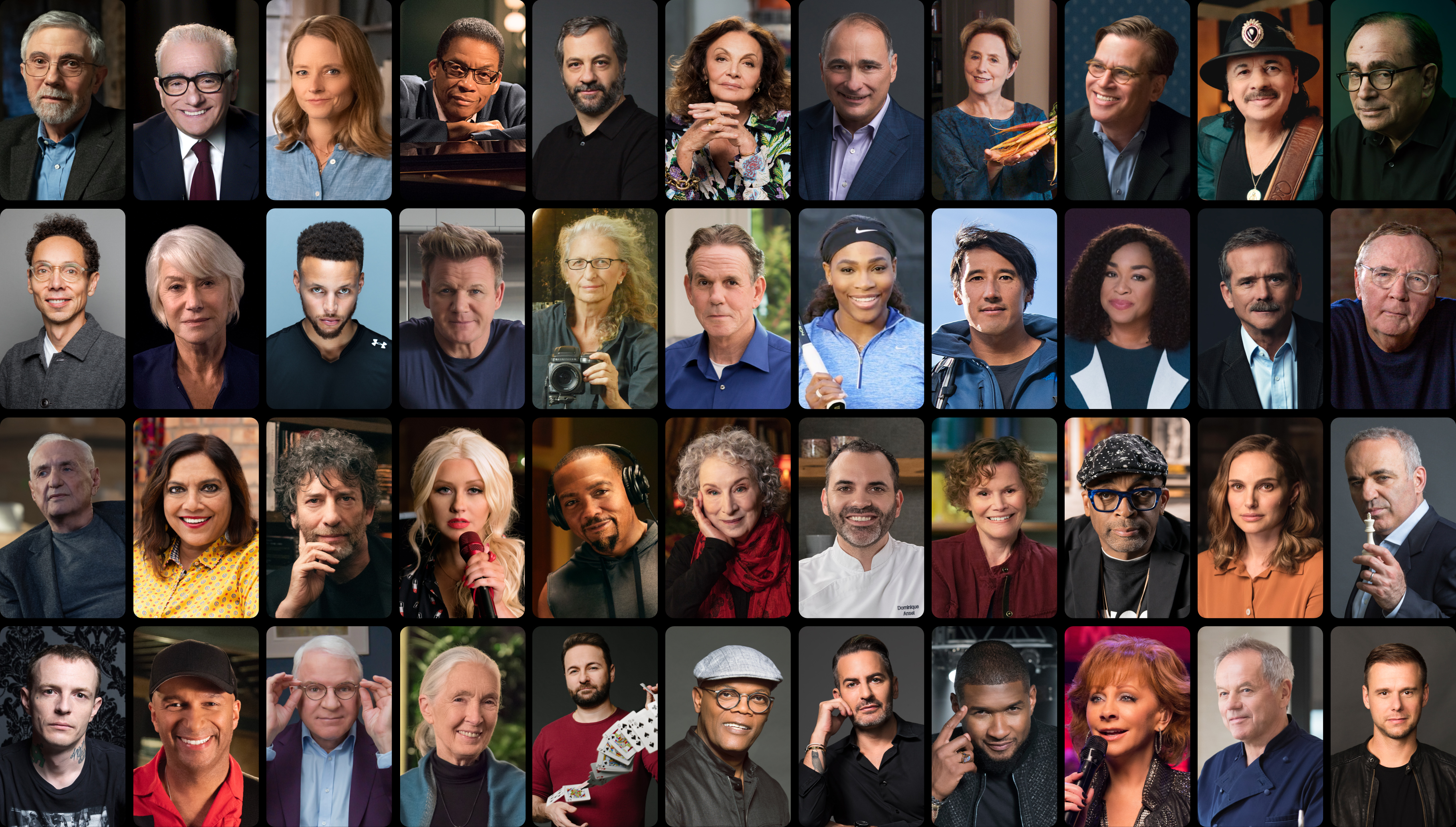 Despite its flashy lineup of stars, MasterClass doesn’t sell access but instead sells a window into someone’s work diary. Celebrities are not interacting with students on a day-to-day basis, and sometimes, not at all.

It is relatively a light lift for celebrities once they get their content on the platform, which of course only happens if they are personally invited by the company. Any MasterClass on the site includes a number of lessons, broken down in separate videos that range from 20 to 30 minutes, and a downloadable workbook. Students for each class can flock to community hubs to chat with their fellow virtual classmates. There are opportunities for celebrities to interact with students, but nothing is put in the contract to make the instructors give back.

MasterClass declined to share how it pays the celebrities.

Last year, MasterClass more than doubled in terms of sales. The company also says its content is so engaging that people might sign on for a Steph Curry workshop, but then eavesdrop in on a Ramsey cooking session.

MasterClass raised the round as millions are at home with nothing to do. CEO and co-founder David Rogier said that the most watched chapter of a class is Chris Voss, former FBI negotiator, and his thoughts on the art of tactical empathy.

Beyond this anecdote, Rogier repeatedly denied to share any data on how MasterClass’ usage has changed since coronavirus began. The silence is notable only because its competitors and neighbors in the edtech space have been noisy as of late. The massive shift to remote education has already helped edtech companies raise millions across the board, from new unicorns to seed-stage deals.

The silence might be because MasterClass has positioned its content as more entertainment-focused than simply education-focused. Because the company produces high-quality, documentary-style content, it means that it might struggle to produce, similarly to the delays we’re seeing in the entertainment industry right now due to COVID-19 shutdowns.

Similar to other edtech companies, however, MasterClass claims that the new financing was closed less out of necessity and more out of opportunity.

Rogier said that the capital will be used to create new classes for students and up production to one class a week. The company is also experimenting with an audio-only mode, short form and augmented reality.

“Imagine if we had Steph Curry, but you had augmented reality on your phone so you could actually see where to put your feet,” he said.

MasterClass’s marketing strategy has recently been a topic of conversation because of how aggressive and ever-present it is. It seems like every YouTube video you watch, there is a MasterClass ad waiting to be your commercial break. It seemingly has only increased as everyone started to work from home.

While Rogier would not disclose MasterClass’ marketing budget (or how in the world it managed to crowd already crowded challenges) the strategy is a bit telling. MasterClass doesn’t compete with YouTube, it advertises on the platform. It is betting that the world wants a highly produced, celebrity-led class, and is willing to pay for it.

“If you’ve seen more ads, it is because they are working,” he said.