TikTok’s parent company ByteDance has added Lingxi, a Beijing-based startup that applies machine intelligence to financial services such as debt collection and insurance sales, to its ever-expanding portfolio of investments.

The AI startup has raised a $6.2 million Series A round co-led by ByteDance and Global Founders Capital, the venture capital arm of Rocket Internet, the German accelerator that has incubated e-commerce giants Lazada and Jumia. Junsan Capital and GSR Ventures also participated in the round, which officially closed in April.

This marks one of ByteDance’s first investment deals for purely monetary returns, rather than for an immediate strategic purpose. However, with ByteDance’s recent foray into the financial services domain, that relationship could shift over time.

ByteDance as an investor

TikTok’s parent company previously focused narrowly on strategic deals, with the aim of leveraging these smaller startups’ technology, industry know-how, talents and other resources for its own business objectives. It has backed more than 80 companies so far, according to public data collected by startup data firm IT Juzi. The most prominent example is perhaps its acquisition of Musical.ly, through which TikTok gained access to tens of millions of American users and a reputed product team led by founder Alex Zhu.

There are, however, clear strategic synergies in ByteDance’s first financial investment. The online entertainment giant has already received an insurance broker license and is in the process of obtaining one for consumer finance, according to Lingxi founder and chief executive Zhongpu “Vincent” Xia. When asked if he sees ByteDance eventually deploying Lingxi’s machine intelligence in its future financial services, Xia responded, “Why not?”

ByteDance declined to comment on its entry into the financial sector.

Despite billing themselves as AI-first companies, both ByteDance and Lingxi recognize the essential role of humans before AI reaches the desired level of sophistication. ByteDance today relies on thousands of human auditors to screen content published across its TikTok, Douyin, Today’s Headlines and other apps. Likewise, Lingxi is labor-intensive and manages 200 customer representatives aided by a team of 30 AI experts.

The core of Lingxi is to “augment humans, not to replace them,” said Xia in a phone interview with TechCrunch.

Too big to change

Xia was leading a team of 90 people to work on Baidu’s commercialization of AI when he had an epiphany to do something of his own. He was convinced that AI would enhance humans’ cognitive capability, he said, the same way the steam engine had boosted humans’ physical production a century ago. The Chinese search pioneer has widely been perceived as the poster child of the nation’s booming AI industry because of its early and outsized investment in the technology, but by the end of 2017, Xia felt Baidu’s model of touting AI as a tool wasn’t working.

“We hit a bottleneck. The technology [AI] wasn’t mature enough yet, which means you have to combine it with a big team of people to perform manual tasks like data labeling, so you not only need to hire AI experts, professionals in the business you serve, but also a large number of workers to label data and train the machines,” he said.

Xia is among the industry practitioners who recognize the limitation of machines. While computers can outperform humans in completing repetitive, menial tasks, they remain unreliable in handling complex human emotions and can lead to counterproductive and even detrimental repercussions were they left with full autonomy.

The result of relying completely on machines is “client dissatisfaction,” said Xia. “The client might be very happy for the first few months, but as its business evolves and new needs arise, it will start to realize that the so-called machines are getting dumber and dumber. Artificial intelligence becomes artificial retardedness.” 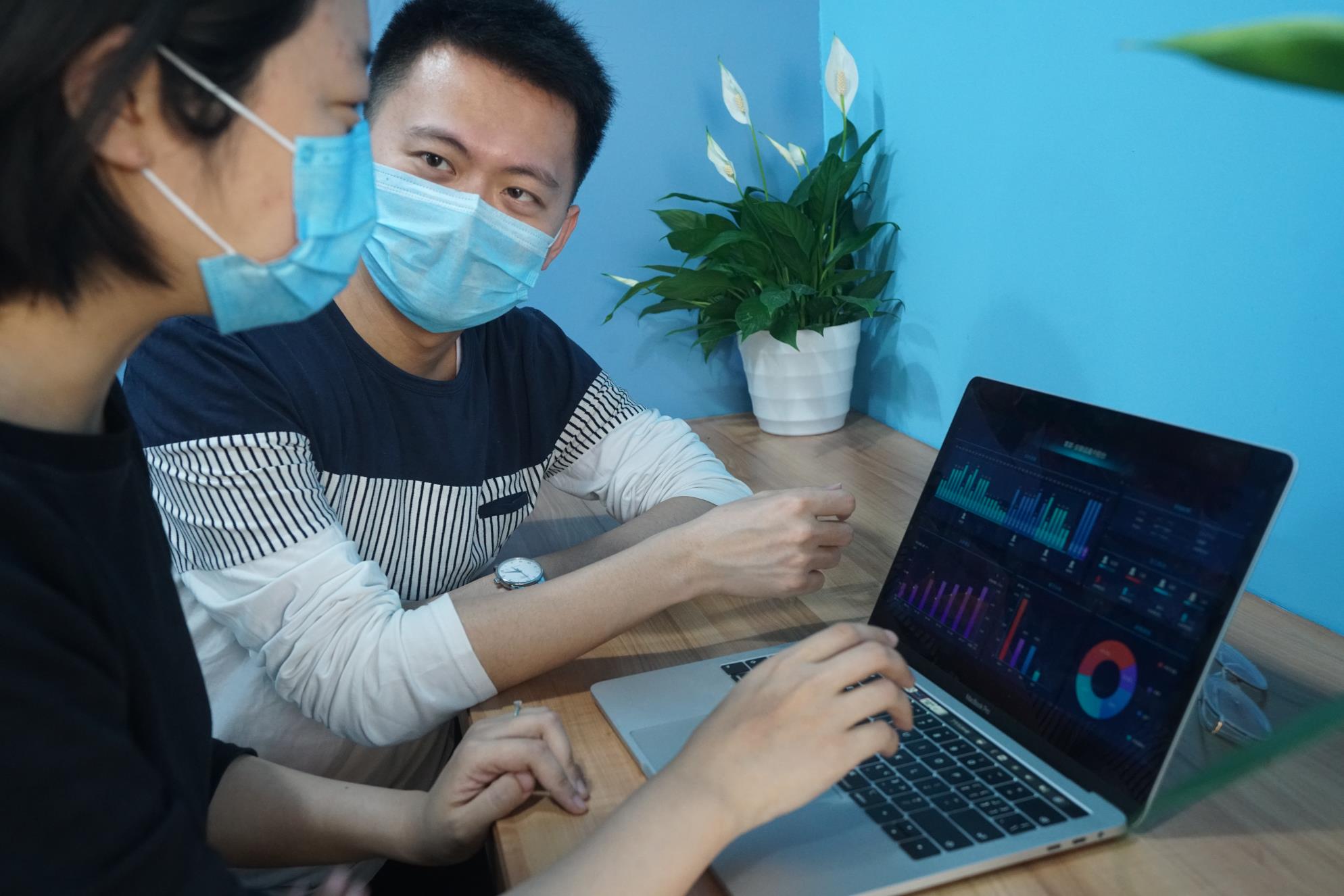 Lingxi staff at work during the COVID-19 pandemic

Most self-proclaimed AI startups in China make money by selling bots akin to how old-fashioned software was sold with pre-programmed objectives, allowing little room for iteration or upgrade later on. Lingxi, in contrast, is service-based and takes a commission from client revenues.

Take debt collection — Lingxi’s primary focus at this stage — for example. When a client, a financial affiliate of one of China’s biggest internet firms, assigned Lingxi with 1.9 million yuan (about $270,000) worth of debt, the startup’s algorithms first determined how much the machines could handle. It turned out that the robots recovered 1.7 million yuan and left the rest of the cases, which Xia categorized as “irrational and complicated,” to human staff. By Q1 2020, Lingxi was able to achieve 2.5 times the average output of debt collection agencies, and it aims to ramp up the ratio to 4 times by the end of the year.

Conventionally, a company selling AI tools deals only with the IT department from its clients. Lingxi works with the business department instead. In the client’s eye, the AI startup is no different from a traditional debt collector. In practice, Lingxi is a debt collector with souped-up productivity enabled by computing power.

“The client doesn’t care what tools we use. They care only about the result,” said Xia. “The difference in working with these two departments is that the one in charge of the actual business is result-driven and will give us much stricter KPIs.”

The immediate impact of this model is that the AI-driven vendor must keep improving its algorithms, manually sampling and correcting machine decisions to improve their accuracy. “We might not be making money in the beginning, but over time, our output will certainly surpass those of our competitors.”

The service-oriented approach pushes Lingxi to get its hands dirty, upending the image of tech startups coding away in their sleek and comfortable offices. Its engineers are asked to regularly talk to clients about their real-life business challenges, whereas its customer representatives are required to attend training in how AI works.

It’s not hard to see why Xia chose to target China’s financial services industry. The booming sector is lucrative and tends to be more progressive in embracing technological innovations. Competition in fintech runs high, leveling the playing field for newer entrants against those that are more established.

“There’s a saying in the Chinese tech world that goes: If you can conquer the financial industry, you have conquered the business-to-business world,” said the founder.

The three-year-old startup is targeting 40-80 million yuan ($5.6 million to $11.3 million) in revenue in 2020. It’s one of the few businesses that have, against the odds, thrived under the COVID-19 pandemic because more people are taking out loans to tide the looming economic downturn.

Meanwhile, traditional debt collectors are struggling to hire during city lockdowns due to travel bans across the country, which started to ease in March, while machine-only vendors still fail to satisfy the whole range of client demands. That gave Lingxi a big window to onboard a significant number of new clients, prompting it to hire new staff.