Scientists at Carnegie Mellon and the University of Tokyo are showcasing a new composite material with self-healing properties that take cues from lizard tails and starfish arms. MWCNTs-PBS — a composite of polyborosiloxane (PBS) and material multi-walled carbon nanotubes (MWCNTs) — is at the heart (so to speak) of the “Self-healing UI.”

When cut in two and placed back together, the piece begins to reattach, and the seam disappears, as with the following GIF:

The above heart is one of several different scenarios the team has created. In this instance, an on-board sensor is capable of detecting both when it has been cut and when those pieces have been rejoined. The process isn’t nearly as speedy as the image makes it out to be, however, taking about six hours to fully heal.

Other proposed scenarios include robotic actuators and a “transformative soft controller,” which works thusly: 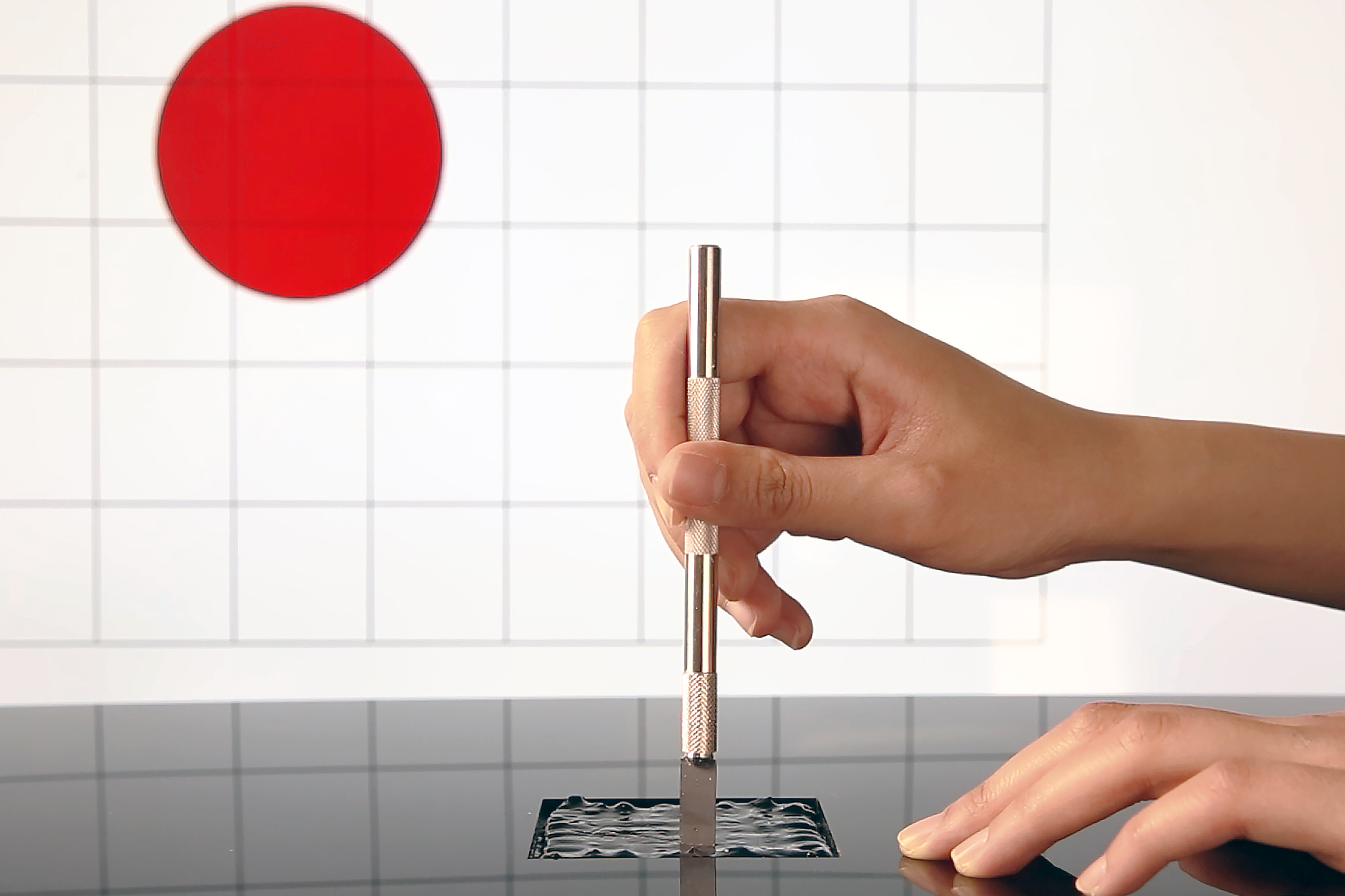 Other hopeful scenarios include a reusable arm cast that essentially molds itself around the damaged limb and heals itself into place. The team has recently reported its findings and plans to work with scientists in other disciplines to explore potential real-world applications for the T-1000-style goo.