For immigrants in the United States, representation can feel complex, celebrated and oftentimes a mix of the two. And that’s exactly why sister duo Vanessa and Kim Pham launched Omsom, a seed-stage food startup that sells packaged “starters” to recreate authentic Asian dishes at home. The starter contains sauce, spices and aromatics, and the co-founders say consumers can make a dish in 30 minutes or less.

“As we were seeing Asian Americans claim their voices in media and in culture more broadly, we then would juxtapose it with walking down this ethnic aisle in the grocery store and see the way Asian flavors were being represented,” Vanessa told me.

The existence of the ethnic aisle itself has drawn criticism for “othering” cultures that have long been within the United States. It was enough to make Vanessa, who worked at Bain & Company, and Kim, who has spent time in venture at Frontline Ventures and Dorm Room Fund NYC, join forces to create Omsom.

“The ethnic aisle feels super outdated,” Vanessa said. “Flavors have been diluted, branding and design have been stereotypical in nature. How can you boil a cuisine down into one sad jar of sauce?”

The aisle, also named the international aisle, currently contains bottles of never-to-expire thai pastes. Walk a little farther and you’ll find microwavable containers of high-fat butter chicken. And there in the corner is a bottle that boils down one of the world’s most diverse cuisines simply: “curry sauce.”

While progress is pitiful in grocery store representation, the founders are optimistic that they can change that. Omsom, from the flavors to the meaning behind its name (it means rowdy in Vietnamese) to the cap table it has at the moment, is another story waiting to be told about immigrant culture. This is theirs.

Omsom launched today with an undisclosed amount of pre-seed money. The early-stage startup’s ownership group is 50% women of color, including Reshma Saujani, the founder of Girls Who Code, and Brita Rosenheim, a partner at Better Food Ventures. It also raised investment from Peter Livingston, the founder and partner at Unpopular Ventures, a fund dedicated to entrepreneurs who are aiming at unconventional niches.

Livingston said that he invested in Omsom despite not actually being a “food tech investor at all” because it covers an unconventional category.

“Venture capital as an industry is so homogeneous, is clustered in a handful of geographies, prefers to invest close to home, and tends to invest within a small number of the same themes,” Livingston said. “Historically, ethnic food essentials hasn’t really been a ‘VC category,’ which to me, smells like opportunity.”

Saujani said her investment is “betting on the team and a product designed for a vastly underserved market, and the current circumstances make consumer appetite for pantry staples even larger,” referring to COVID-19 forcing more people to cook from home since restaurants are closed.

Recreating authentic dishes with “mom’s ingredients” is not an easy goal, so the Pham sisters focused heavily on sourcing and chef collaboration and spent over a year in research and development of the recipes.

The sisters teamed up with three chefs — Jimmy Ly of Madame Vo, Nicole Ponseca of Jeepney and Chat and Ohm Suansilphong of Fish Cheeks — to create the first line of products. The chefs will get a tiered royalty on sales depending on volume. 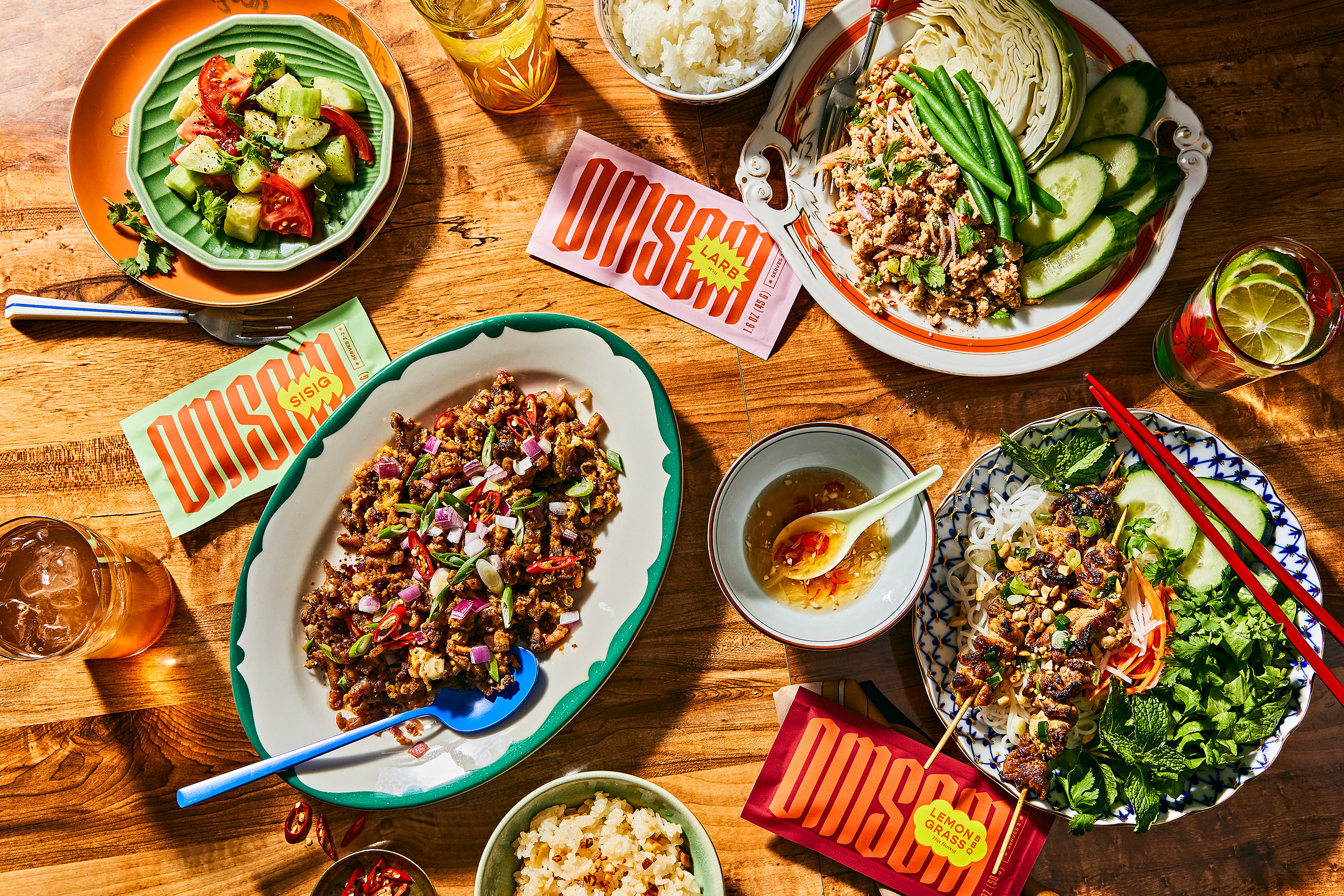 “We made sure our ingredients, 90% of them, are unique to Asian food products and sourced directly from Asia,” said Vanessa. “We bent over backwards to get just the right kind of chili.”

But beyond authenticity, the Pham sisters also had another misconception to overcome: the oily and processed reputation of Americanized international dishes, like your favorite Chinese orange chicken takeout or a creamy bowl of butter chicken.

These flagship dishes that are so often associated with those cultures are often multitudes unhealthier than what an immigrant family within, say, the Indian culture, might serve on a day to day basis. Omsom flips that by offering dishes that have no preservatives, no high-fructose corn syrup, and are shelf stable for up to a year. It’s “acceptable for users trying to be generally health conscious, in line with something you would find at Whole Foods.”

Now, the Pham sisters just need to see if they can deliver on the promise of providing uncompromising dishes amid a pandemic. They think it will be a welcomed change for people stuck at home and looking to experiment with cooking. 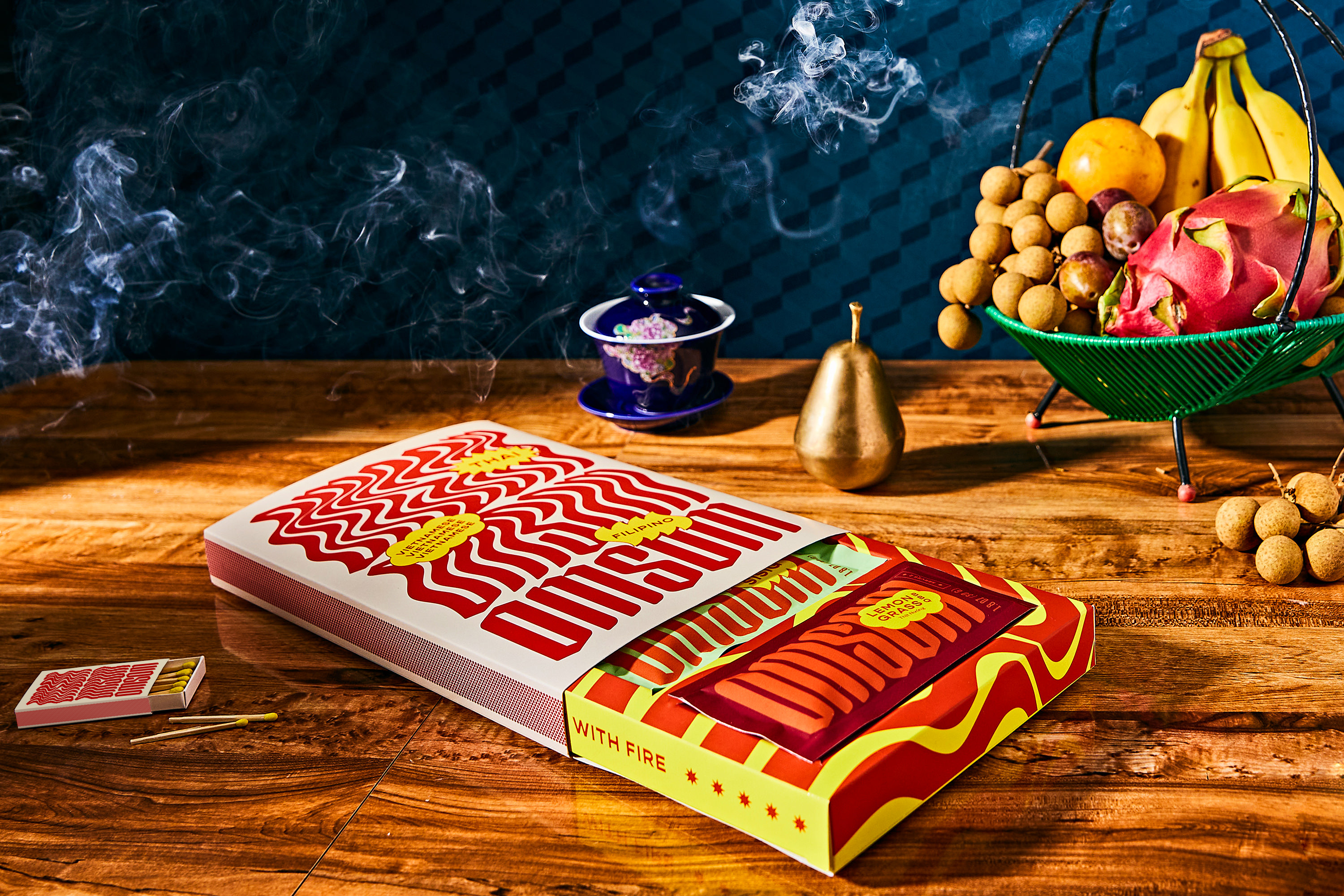 “We grew up south of Boston in a predominantly white suburb and there was a bit of shame associated with our food,” said Kim Pham. “But as I went through the process of stepping into myself as a woman of color, I started to use food as the first stop in engaging with my identity.”

“I moved away from home, I don’t speak Vietnamese as I used to, but I turned to food,” she continued. “Even if it was a bowl of pho.” 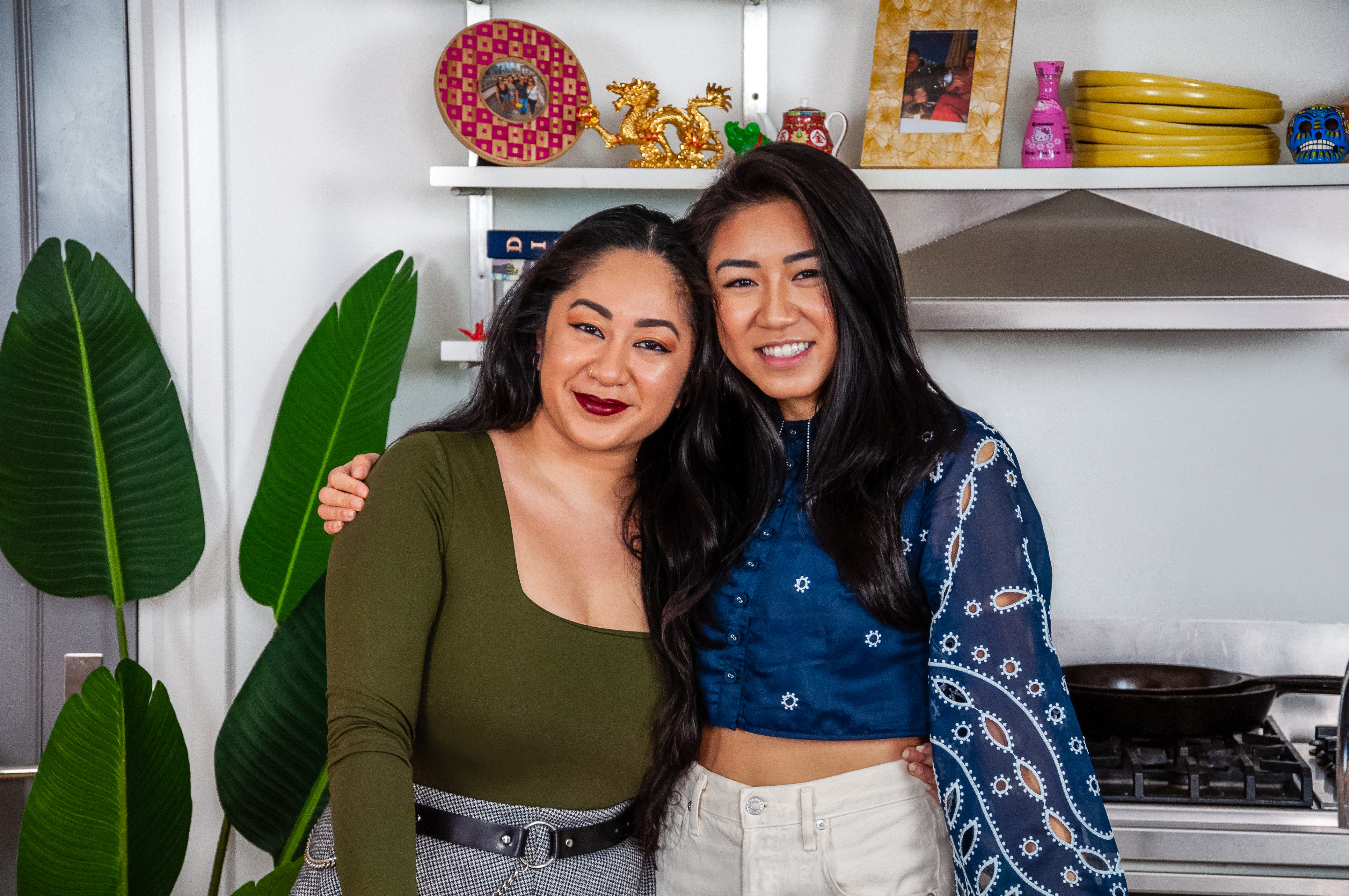 Kim and Vanessa Pham (from L to R)