Click Materials, a Vancouver-based developer of “smart glass” has inked a major partnership with one fo the largest manufacturers of windows for the home, Cardinal Glass, as it looks to challenge the billion dollar-backed View Inc.

Founded in 2016 by a University of British Columbia professor, Curtis Berlinguette, Click Materials has raised only a few hundred thousand dollars in seed funding. But the technology that Berlinguette’s company is developing could provide a lower-cost more flexible option to traditional photochromatic deposition — which can be applied to plastic as well as glass.

Smart glass gets its name from the coatings that are applied to transparent surfaces (typically glass) that allow users to customize the tint of the surface between clear and dark states. The result is more control over heat and light levels in an environment. It turns out that exposure to sunlight has implications for mental health and can enable dramatic cost savings in heating and cooling for any built environment.

Click Materials claims that its windows can reduce heating and cooling costs by up to fifty percent and that it can achieve those reductions while slashing manufacturing costs by as much as sixty percent.

Through the partnership with Cardinal Glass, Click will be building out a pilot plant that could give the upstart company manufacturing capacity to reach nearly $25 million in annual revenue, according to founder and chief executive, Curtis Berlinguette.

“The first pilot plant is to prove out the product and get it refined,” says Berlinguette. And the company has other potential partnerships lined up to take its smart window products into commercial real estate and even auto manufacturing, Berlinguette said.

The company has scaled from one employee as recently as a year ago to a staff of ten now with plans to add another 15 employees by the end of the year. 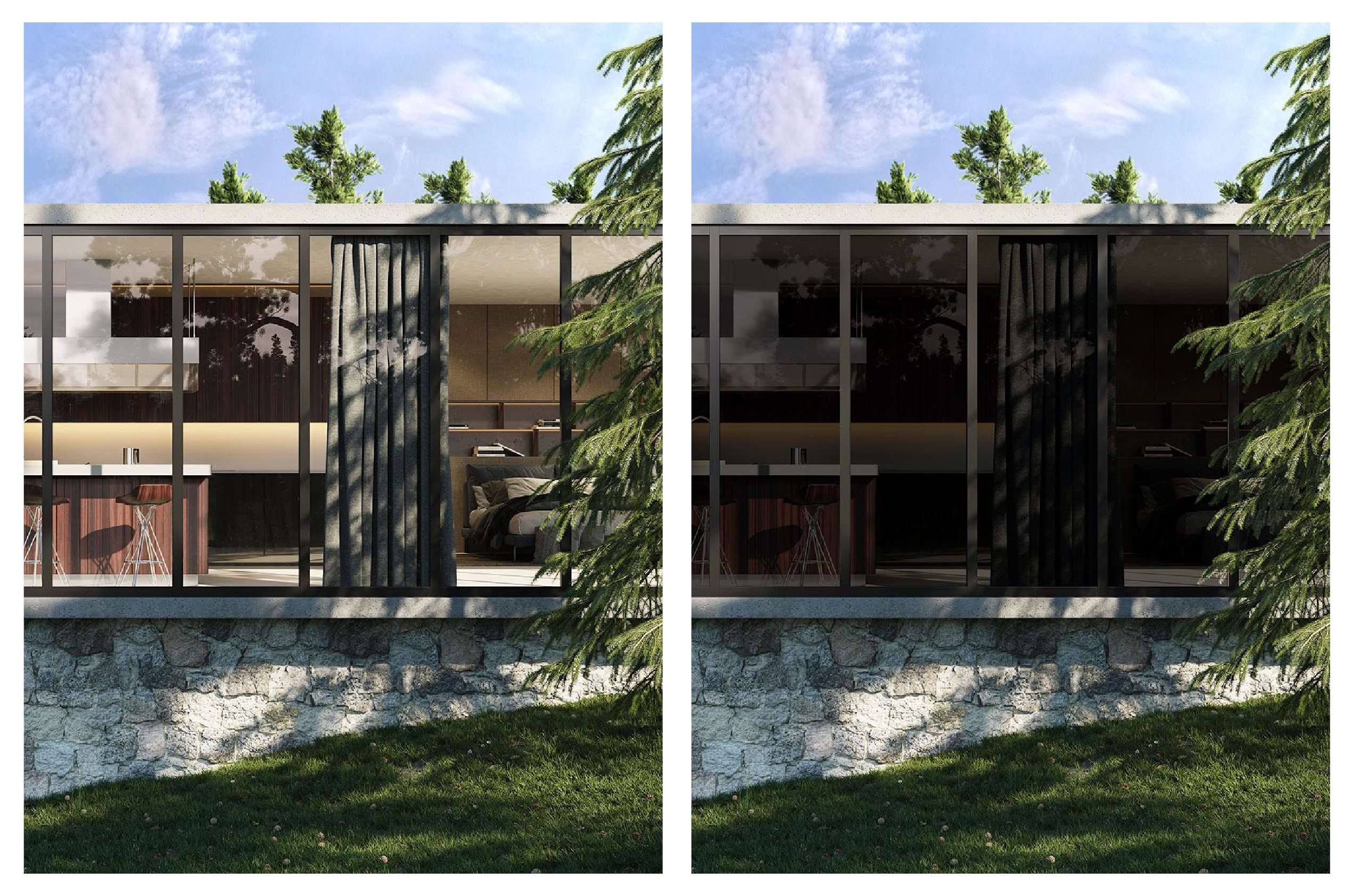 While smart glass may seem like an odd investment thesis, the technology has received attention from a diverse array of investors. SoftBank’s Vision Fund is a major investor in the market through View Inc., which has raised roughly $1.8 billion in funding, according to Crunchbase. Another big player in the world of smart glass technologies is the multi-billion dollar French industrial conglomerate Saint-Gobain, which bought Sage Electrochromics back in 2012.

“Both of those companies have cleared a path for us because they’ve educated the market,” said Berlinguette. “The way they make their products — even with economies of scale you won’t be able to bring the cost of making those windows down to a level that’s accessible for the residential market. Those products are two to three times too expensive for the residential sector.”

Cardinal, a longtime leader in residential glass manufacturing and construction, was impressed with the new process that Click had developed, according to a statement from the company.

“Click Material’s proprietary deposition method enables uniform, optically-pure coatings that can be sprayed at ambient conditions and has the potential to disrupt the electrochromic window industry in the residential market and beyond,” said Keith Burrows, Technology Scouting & IP Manager at Cardinal Glass.

The potential to revolutionize design using smart glass extend far beyond the residential market, according to Berlinguette. Indeed, one of the areas where the company’s technology could have a significant impact is in the design of electric vehicles.

Heating and cooling can significantly reduce the range of electric vehicles, and the use of smart glass can, conceivably, increase efficiency significantly, Berlinguette said.

“As consumer appetite to bring smart technologies into the home grows, Click is delivering innovative advancements to window technology that will truly transform the way we experience our connected homes in the future,” said Berlinguette, in a statement. “The opportunities here are immense; heating, cooling and lighting account for 35% of home energy consumption, half of which can be lost through windows. Studies have also shown that greater control over lighting can dramatically improve energy, mood and personal well-being. Our partnership with Cardinal Glass is a massive leap towards bringing the future of windows into the present, with just one Click.”