When California announced a statewide lockdown, Tony Martens and Maurits van de Ven decided to stay put instead of heading home to Amsterdam.

So, the co-founders of Plantible bought two trailers and started living at their HQ: a two-acre duckweed farm in San Diego.

Plantible uses duckweed, a tiny aquatic leaf, to extract a plant-based protein ingredient that will eventually allow food companies to make animal-based products into plant-based products. The offering would be attractive to companies that make baked goods or protein powder, and thus use lots of egg whites as part of their creation process.

The startup is selling a whey or dairy protein replacement, and is still working on FDA approval.

“We are firm believers that whatever is in nature should be sufficient to provide humanity the ingredients they need,” said Martens from the office trailer.

The startup recently did a series of trials with companies, and Martens says that Plantible validated it can be a replacement with baking ingredient companies and plant-based meat sellers. But the startup is not limited to current use cases.

“If the sector we had our eyes on is taking a while, but sports nutrition is taking off really fast, we’ll go there,” said Martens. “We need to prove the feasibility of our company.” 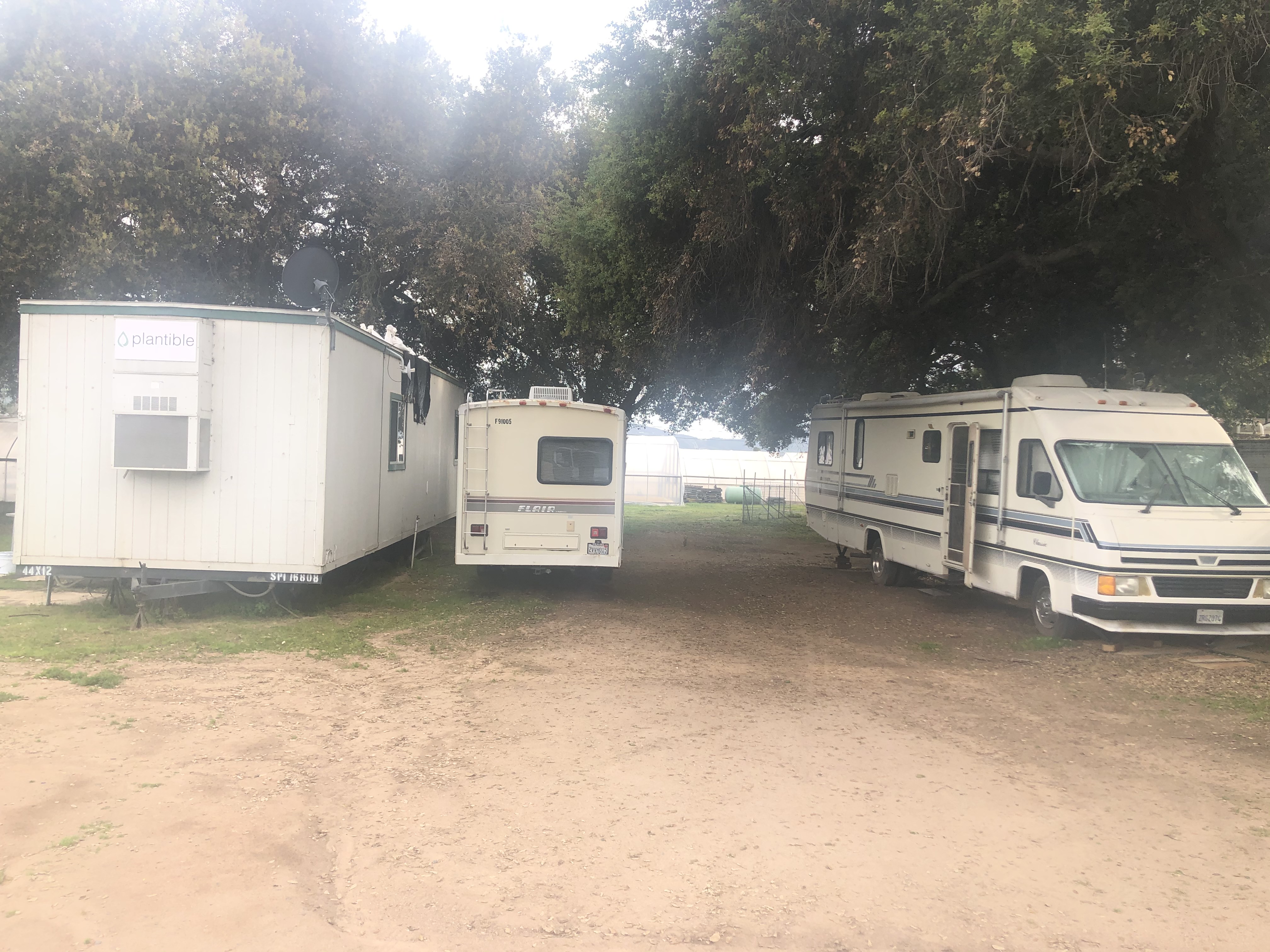 The trailers where Plantible co-founders have sheltered in place amid COVID-19 lockdowns.

Plantible is entering a crowded space. Recently, aquafaba, the liquid made from a can of chickpeas, has regained popularity amid other quarantine cooking hacks. Martens says that aquafaba might recreate foaminess, but it doesn’t recreate gelation (or the sizzle and fry look that comes when you pour a real egg white into a hot pan). Plantible claims to offer an egg-white replacement with no compromises on texture or nutrition.

The startup also has some increasingly well-funded alternative protein competitors. Plantible’s closest venture-backed competitors are Clara Foods and FUMI Ingredients, as both try to create egg-white replacements. Clara Foods uses yeast, instead of chickens, to make egg whites, and similarly sells to businesses that use egg whites in large quantities for items like macaroons, angel food cake and protein powders. It has the backing of Ingredion, a global ingredients solution company.

Plantible needs to have a faster, cheaper and more scalable operation to beat its competitors. From a supply perspective, Plantible is in a good place. Duckweed doubles in mass every 48 hours and grows year-round. Plus, it is more digestible than pea, soy or algae, the company claims.

The real expense comes from the extraction process.

To bring costs down, the company just raised a $4.6 million seed round, co-led by Vectr Ventures and Lerer Hippeau. Other participants include eighteen94 Capital (Kellogg Company’s venture capital fund) and FTW Ventures. 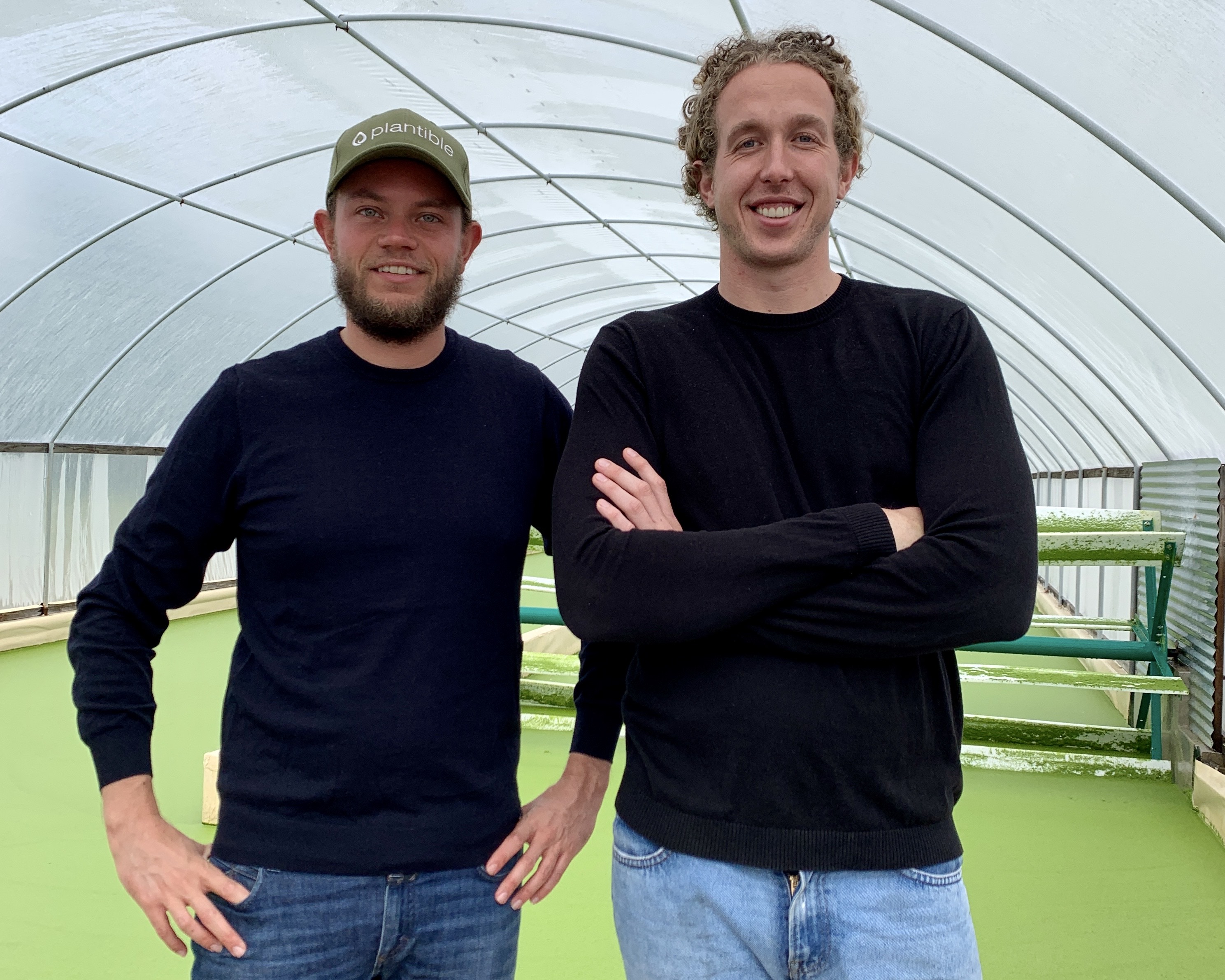 Through the new capital, Plantible claims it will be cost-competitive with egg whites. Currently, two pounds of liquid egg whites cost $8 to $10 dollars to make and sell for $15 to $20 dollars.

“In the end it is about developing a scalable and cost-competitive supply chain that produces a desired ingredient. Since it is very hard to compete with nature, we have decided to embrace it as much as possible by identifying a highly functional and nutritional enzyme,” he said.

“The more you can leverage nature, the more scalable you become,” he said.

As with any seed-stage alternative-protein company, the proof that Plantible has legs to succeed will be in sales and capacity to produce. And it’s not quite there yet.