How do you leave the place that made you? You figure out what it made you for. TechCrunch made me a part of the startup ecosystem I love. Now it’s time to put that love into action to help a new generation of entrepreneurs build their dreams and tell their stories.

So it’s “TC to VC” for me. After 8.5 years at TechCrunch and 10 in tech journalism, I’m leaving today to join the venture team at VC fund SignalFire. I’m going to be a principal investor and their head of content.

I’ll be seeking out inspiring new companies, doing deals (when I’m eventually up to speed) and providing pitch workshops based on countless interviews for TechCrunch. Thankfully, I’ll also still get to write. We’re going to find out what founders really want to learn and produce that content to help them form, evolve and grow their companies. I’m doing my signature bounce & smile with excitement.

You’ll still be able to follow my writing as well as my journey into VC on my newsletter Moving Product at constine.substack.com as well as on Twitter: @JoshConstine. No way I could just suddenly shut up about startups! If you’re building something, you can always reach me at joshsc [at] gmail.com 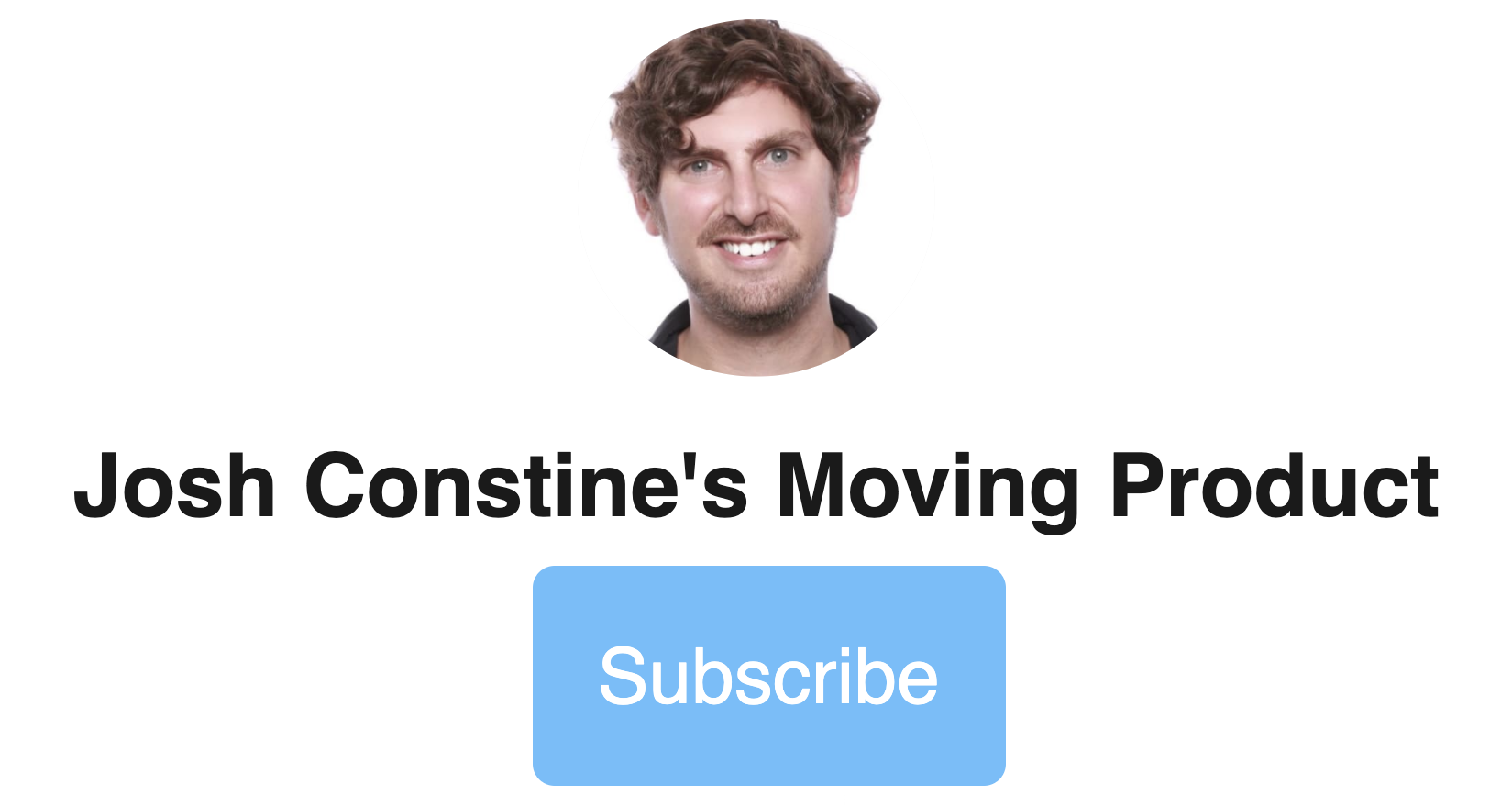 On the newsletter you can read a deeper explanation for why I picked SignalFire. I also just published the first real issue of Moving Product on how quarantine is “loaning” concurrent users to startups that will help the new wave of synchronous apps snowball to sustainability, plus commentary from top product thinkers on Facebook’s new Rooms.

Why I chose SignalFire?

I was drawn to SignalFire because it’s built like the startups I love writing about: to solve a need. Entrepreneurs need tactical advantages in areas like recruiting, where they spend most of their time, and expert advice on specific problems they’re facing. 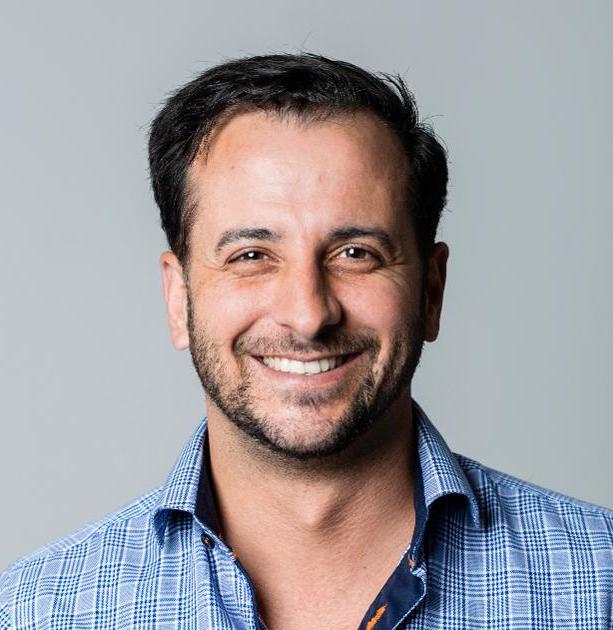 That’s why SignalFire spent six years in stealth building its recruitment prediction and market data analysis engine called Beacon. It can spot deal opportunities for SignalFire’s new $200 million seed and $300 million breakout funds while helping the portfolio hire smarter. Then SignalFire assembled more than 80 top experts, like Instagram’s founders, for its invested advisor network. Traditional funds need partners to exhaust their social capital asking for favors from friends to help their portfolio. SignalFire’s model sees its advisors share in the returns of the fund, so they’re sustainably motivated to assist.

SignalFire’s founder and CEO Chris Farmer was also willing to invest in me, figuratively. I’ve written about thousands of startups but I’ve never funded one. He and his team have offered to mentor me as I learn the art and science of investing. They also accept me for my opinionated, outspoken self. Instead of constricting my voice, the plan is to harness it to highlight new ideas and proven methods for building companies. I wrote this post on my newsletter with a deeper look at why I picked SignalFire and how its modernized approach to venture works.

Of the 3,600 articles I’ve written for TechCrunch, this was the hardest.

TechCrunch gave me the platform to make an impact and the freedom to say what I believe. That’s a rare opportunity in journalism, but especially important for covering startups. TechCrunch writes about things that haven’t happened yet. There are often no objective facts by which to judge an early-stage company. Whether you decide to cover them or not, and the tone of your analysis, depends on having conviction about whether the world needs something or not, if the product is built right and if the team has what it takes.

If you rely on others’ signals about what matters, whether in the form of traction or investment, you’ll be late to the story. That means editors have to trust their writers’ intuition. At TechCrunch, that trust never wavered. 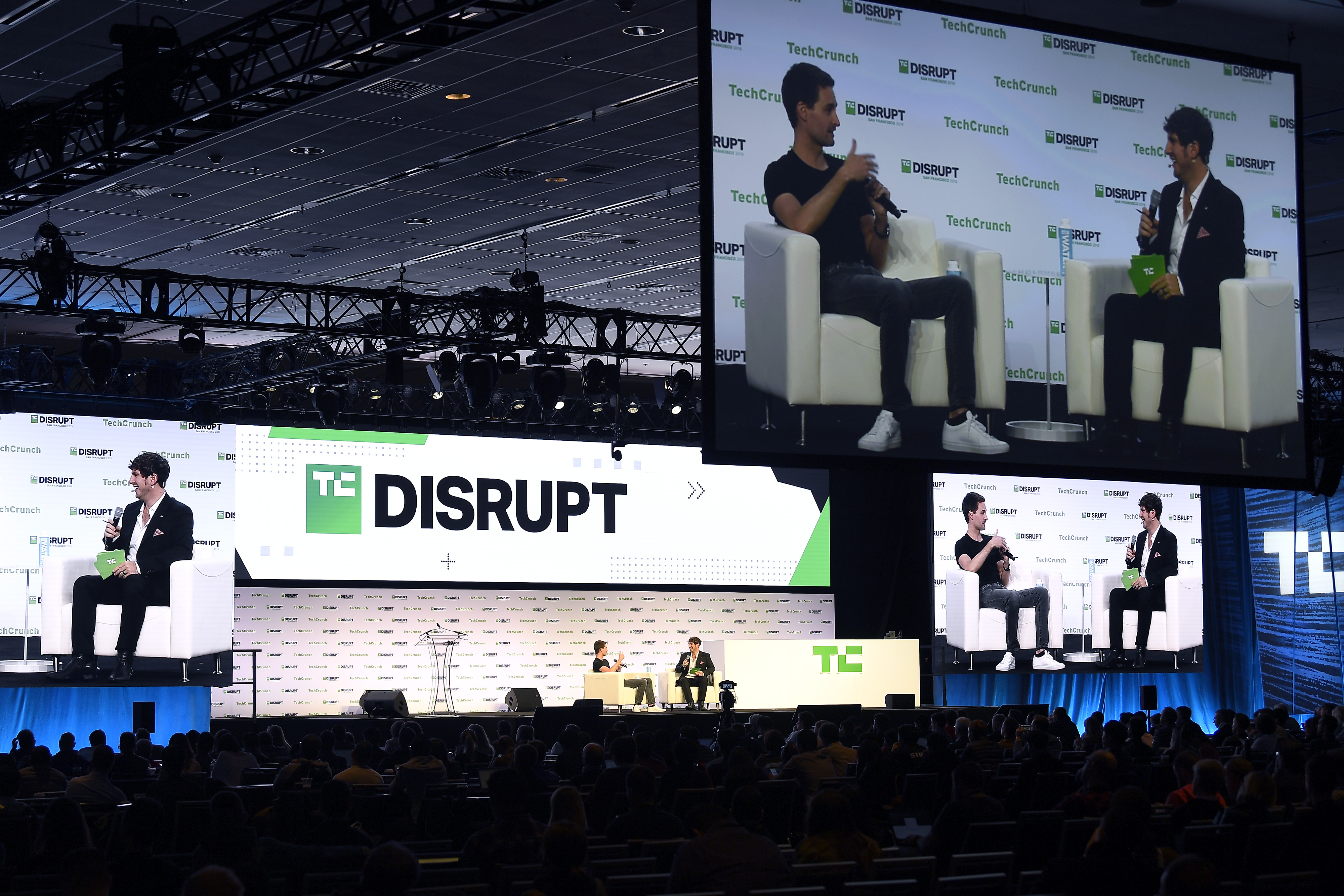 Eric Eldon, Alexia Tsotsis and Matthew Panzarino put their absolute faith in our team. That gave me a chance to write the first-ever coverage of startups like Robinhood before its seed round, and SnappyCam before it was acquired by Apple and turned into iPhone burst fire. My editors also never shied away from confrontations with the tech giants, like my investigation into Facebook paying teens for their data that caused it to shut down its Onavo tool, or my exposé on Bing suggesting child abuse imagery in search results that led it to overhaul its systems. 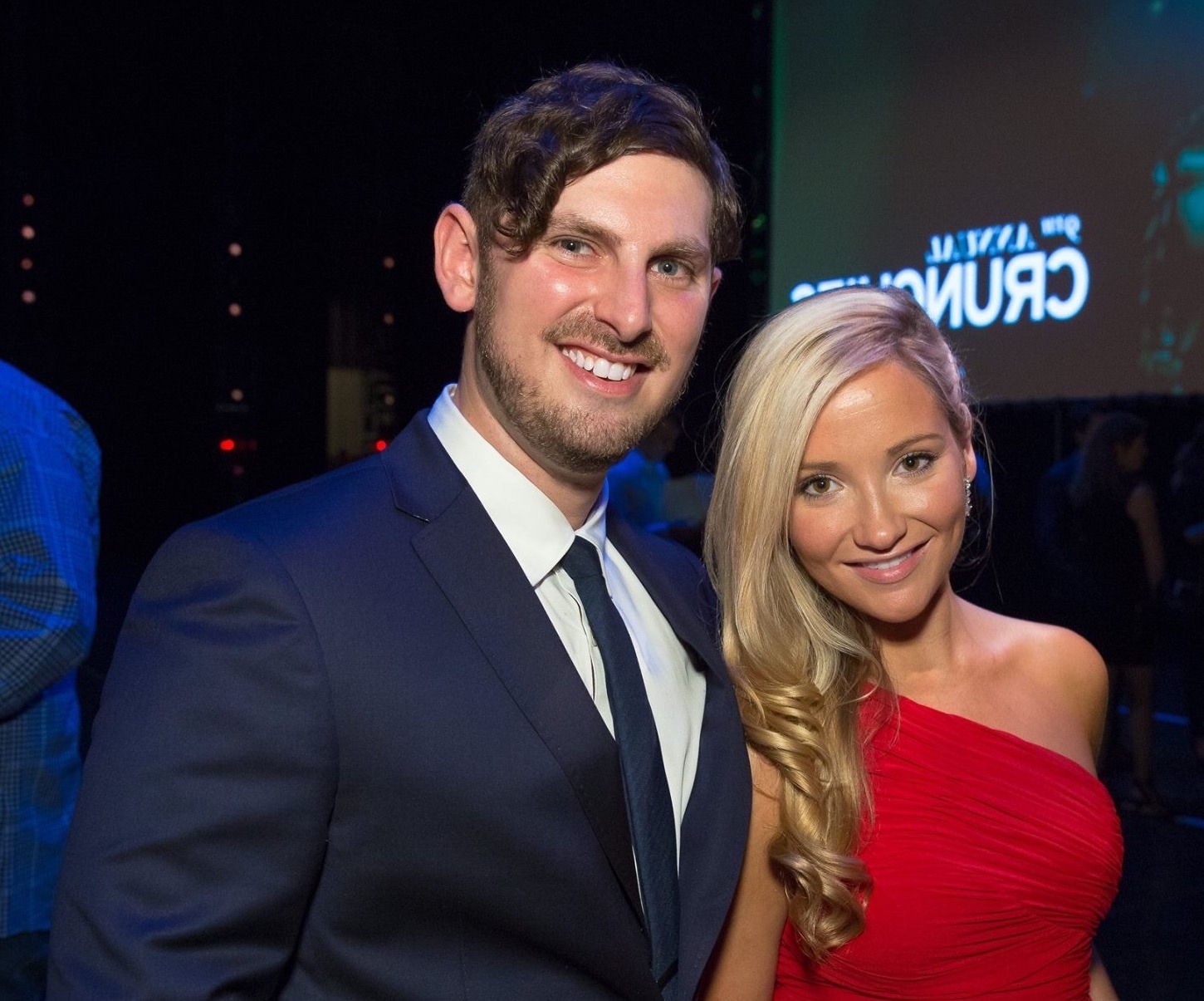 I met my wife Andee at a TechCrunch event. [Image Credit: Max Morse]

I’ll always be indebted to Eric Eldon, who gave a freshly graduated cybersociologist with no experience his first shot at blogging back at Inside Facebook. Editors like Alexia Tsotsis and Matthew Panzarino helped me develop a more critical voice without sterilizing my personality. And all my fellow writers over the years, including Zack Whittaker and Sarah Perez, pushed me to hustle, whether that meant pontificating on new product launches or exposing industry abuse. If my departure from journalism elicits a sigh of relief from the companies in my cross-hairs, I know I did my job. The TechCrunch business and events team have turned Disrupt into the tech industry’s reunion. I appreciate them giving me the chance to learn public speaking, from the most heartfelt moments to the cringiest. And really, I owe them the rest of my life, too, since I met my wife Andee at a Disrupt after-party.

Treating writing like a sport to be won kept me cranking all these years, and I’m grateful for Techmeme offering a scoreboard for extra motivation. I’ll unhumbly admit it’s nice to hang up my jersey while ranked No. 1. My gratitude to Jane Manchun Wong for furnishing so many scoops over the years, and to all my other sources. It’s been fun competing and collaborating with my favorite other reporters, and I know Taylor Lorenz, Casey Newton and Mike Isaac will keep a close eye on tech’s trends and travesties.

But most of all, I want to extend an enormous thank you to…you. To everyone who has read or shared my articles over the years. I woke up each day with a sense of duty to you, and felt proud to say “I fight for the user” like Tron. What makes this industry special is how the community refuses to treat it as zero-sum. We grow the pie together, and everyone knows their competitor today could be their future co-founder. That makes us willing to share and learn together. I believe no recession, correction or bubble-burst will change that.

So I’ll leave you with a final thought that’s made my life so fulfilling: If you have the privilege or create the opportunity, turn your passion into your profession.

Specialize. Learn. Then make what you want. If you can find some niche you’re endlessly interested in, that’s growing in importance, and at least someone somewhere earns money from, you’ll become essential. Not necessarily today. But that’s the beauty of writing — it teaches you while proving to others what you’ve been taught. No matter what it is, blog about it once a week. In time you’ll become an expert, and be recognized as one. Then you’ll have the power to adapt to the future, however feels most graceful.

Personal news: It's TC to VC for me! I'm leaving TechCrunch to join SignalFire as a principal investor & head of content. I'm also launching my newsletter where I'm writing now: https://t.co/F7gvssC4Ky A "toast", to the future! pic.twitter.com/XRhDxdS5NF

Keep up with my writing on my newsletter at constine.substack.com, stay in touch on Twitter, and reach out at joshsc [at] gmail.com