When Liliana Pertenava decided to go all-in on crypto by investing $2,000 in a mining rig in 2017, she went so far down the crypto rabbit-hole she decided to make a documentary about it. If you’re locked-down and looking for something to watch, you could do worse than sit down and watch “Crypto Rush,” which just went live on Vimeo today (8AM PT / 11AM ET / 4PM BST / 5PM CEST), and is available free for the first 100 TechCrunch readers to grab one of these codes.

Covering blockchain technology, its applications and the culture that surrounds it, Pertenava’s 90-minute documentary led her to meet such characters as a tribe of iconoclasts living in a small cabin in the Swiss Alps, using cheap, hydroelectric energy to mine cryptocurrency while living like monks. She also meets crypto-miner David Carlson in Seattle, Wash., who built the world’s largest crypto-farm, only to later go bankrupt.

It’s also likely to prompt feelings of nostalgia, not just for the heady days of crypto but also the fact that people are actually hanging out with each other (OMG).

To that point, stymied by COVID-19, Pertenava has decided to go through Vimeo to release the movie, so that people can watch it at home. “Also, since it’s a road movie, I hope to feed everyone’s wanderlust while the world is on lockdown,” she says. 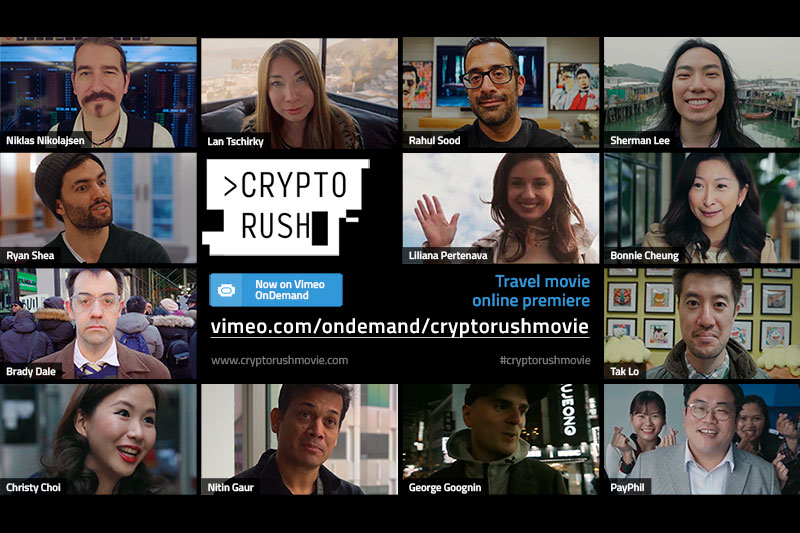 A former broadcaster in Russia, Pertenava was intrigued by the decentralized nature of blockchain tech. “I felt a bit like Alice in Wonderland, exploring this strange world and its colorful characters,” said Pertenava. “We live in a world where digital technologies are transforming reality. I wanted to emphasize the stories of people, especially women, taking part in these technological developments.”

Blockchain advocate Toni Lane Casserly, who tragically passed away recently, also features, speaking about the concept of when nations might compete for our citizenship. Her predictions about this are not to be missed.

Made in collaboration with Steven Pape, a director who has worked with James Cameron, the film will be available for streaming worldwide today and 10% of the funds gathered through streaming will be donated to organizations battling COVID-19 and organizations supporting female entrepreneurs. 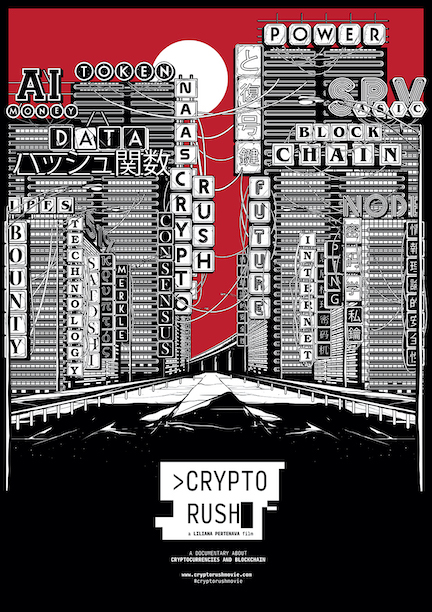