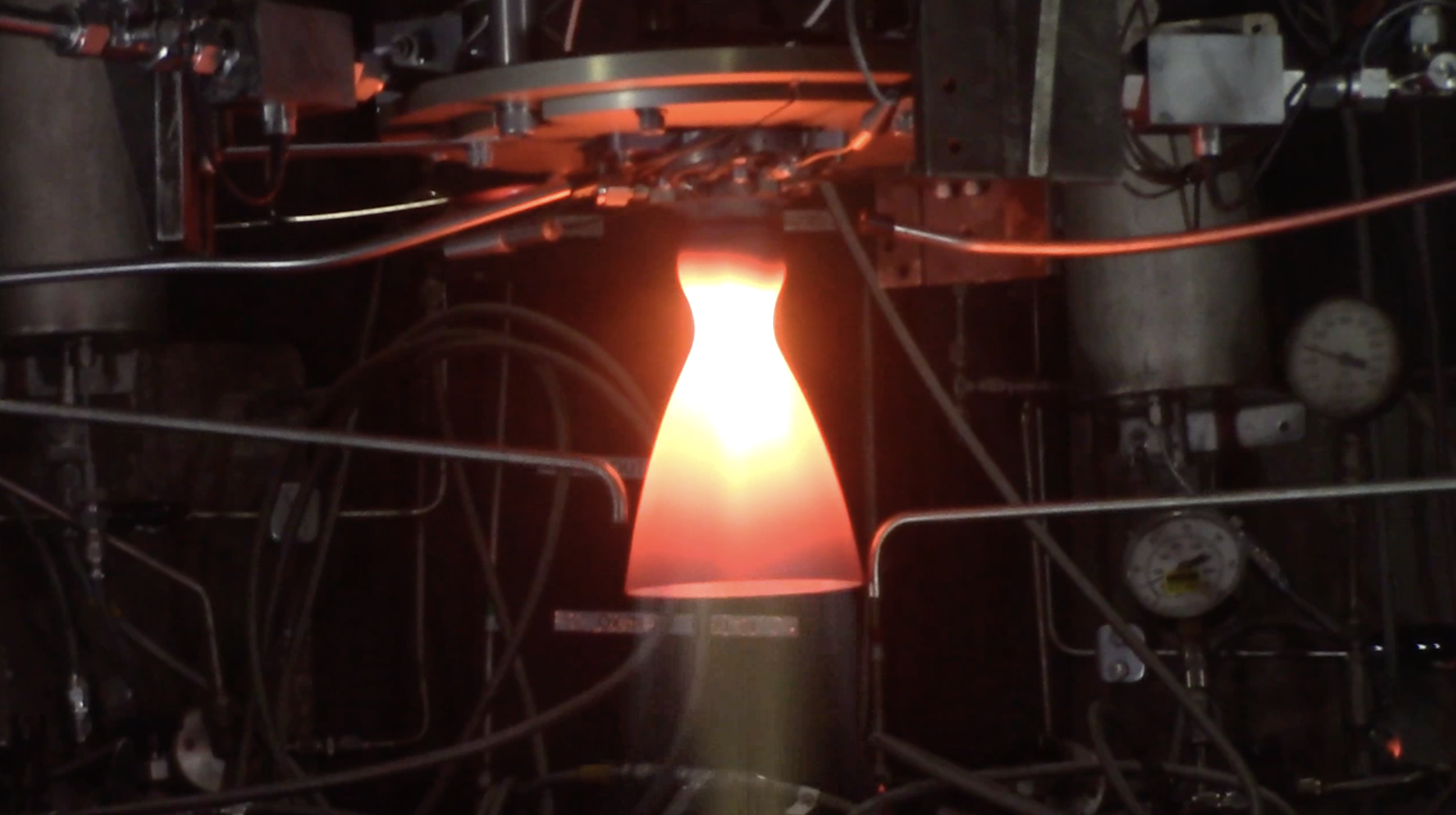 NASA’s renewed efforts to return to the Moon may be impacted by the COVID-19 pandemic, but work still proceeds on a number of projects related to the effort, including a series of hot-fire test of thrusters designed by NASA and partner Frontier Aerospace. These tests, more than 60 in total performed over the course of just 10 days, were performed under conditions designed to simulate what it would be like to use them in space, and provided key information that could lead to the verification of this thruster design for future use by NASA and its commercial partners.

The prototype thrusters are designed for use with small rockets, in space, delivering enough power for flight path adjustments or altitude changes. They’re designed to be as small and efficient as possible, while also meeting the requirements of landing spacecraft on the Moon; their first likely use will be in Astrobotic’s Peregrine lunar lander, which is currently scheduled to fly on a Vulcan Centaur rocket in July 2021.

Peregrine is part of NASA’s Commercial Lunar Payload Services (CLPS) program, through which the agency has built a list of what amounts to approved vendors for building and flying lunar landers that can carry payloads to the Moon on its behalf. These thrusters are being developed under a separate program, NASA’s Thruster for the Advancement of Low-temperature Operation in Space (TALOS) project, but their work will contribute both to CLPS and to future spacecraft used in NASA’s Artemis series of lunar missions.

The design of the thrusters incorporates use of a propellant made up of nitrogen and monomethylhydrazine, which offers benefits like being able to burn at much lower temperatures without risk of freezing — their operating range is between -40 and 80 degrees Fahrenheit, whereas most traditional thrusters work at between 45 and 70 Fahrenheit. Their operating range has the side-benefit of not requiring conditioning hardware, which means they can work with less-bulky and power-hungry designs — both incredibly important when you’re building spacecraft.