WhatsApp, one of the most popular instant messaging platforms on the planet, is testing a feature that could make it simpler for its 2 billion users to tell whether the assertion made in messages they have received is true.

In the recent most beta version of its Android app, the Facebook-owned service has given users the ability to quickly comb through the web with the text or video they have received for more context.

WhatsApp has been testing this feature in some capacity for several quarters now (last year, it allowed some users to look up an image on the web), but a spokesperson has now told TechCrunch that the platform plans to roll out this feature in the near future.

“We are working on new features to help empower users to find out more information about the messages they receive that have been forwarded many times. This feature is currently in testing, and we look forward to rolling it out in the near future,” a spokesperson said in a statement. 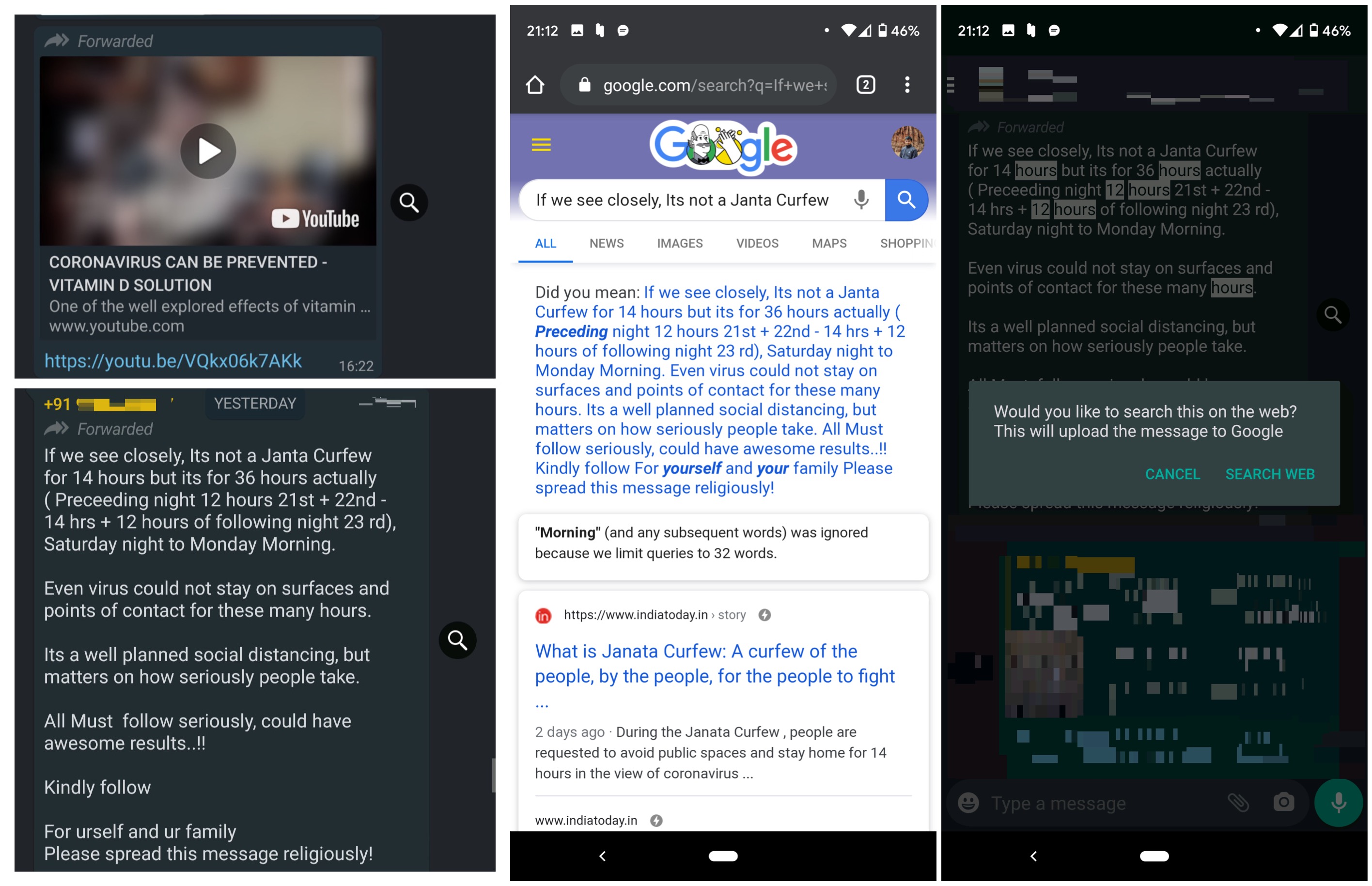 The timely test of this feature comes at a time when WhatsApp and other messaging platforms are being used more often than ever before as people stay in touch with their friends, families, and colleagues in the face of a global pandemic.

And as it has happened in the past, several platforms including WhatsApp are grappling with spread of misinformation — this time about the coronavirus.

But WhatsApp has moved to take action much swiftly this time. It began reaching out to dozens of governments last month to assist in their efforts to provide accurate information to the general public, it said today.

“The WHO Health Alert is the latest official NGO or government helpline to become available on WhatsApp, joining the Singapore Government, The Israel Ministry of Health, the South Africa Department of Health, and KOMINFO Indonesia. We are actively working to launch local services with other countries as well,” WhatsApp said in a statement.