The engineers behind Google’s short-lived Bookbot — a robot created within the company’s Area 120 incubator for experimental products — have launched their own startup to bring the sidewalk delivery bot back to life.

The secretive startup called Cartken was formed in fall 2019 after Google shuttered an internal program to develop a delivery robot — a move that was prompted by the tech giant’s decision to scale back efforts to compete with Amazon in shopping.

Amazon acquired robot maker Dispatch to help build its Scout delivery device. Google harnessed the talent of its own engineers and logistics experts to develop a sidewalk robot within the walls of Google’s Area 120 incubator. But the project faltered after just a few months, as Google pulled back from retail delivery.

Cartken was founded by engineers of the Bookbot program as well as a logistics expert who was once in charge of operations at Google Express, the service integrated last year into Google Shopping.

Area 120 is a low-key version of Google’s famous X moonshot factory, a place where small teams rapidly build new products in which they have a personal interest. Since 2016, Area 120 has produced around a dozen apps and services, including a crowdsourced transit app, an educational video platform, a virtual customer service agent for small businesses and an emoji-based guessing game.

Discussions between Area 120 and Mountain View began in the summer of 2018, and by late February 2019, the Bookbot began operating one day a week for the city’s library system.

Apart from its book-collecting duties, the electric six-wheeled device worked in a similar way to the delivery robots made by Amazon, Starship Technologies and Marble. The 32-inch tall Bookbot, which is pictured below, was equipped with a suite of sensors for autonomous operation and could be remote-controlled by a human operator if needed. The robot was designed to carry up to 50 pounds of cargo, and traveled on sidewalks at a maximum speed of 4.5 miles per hour. 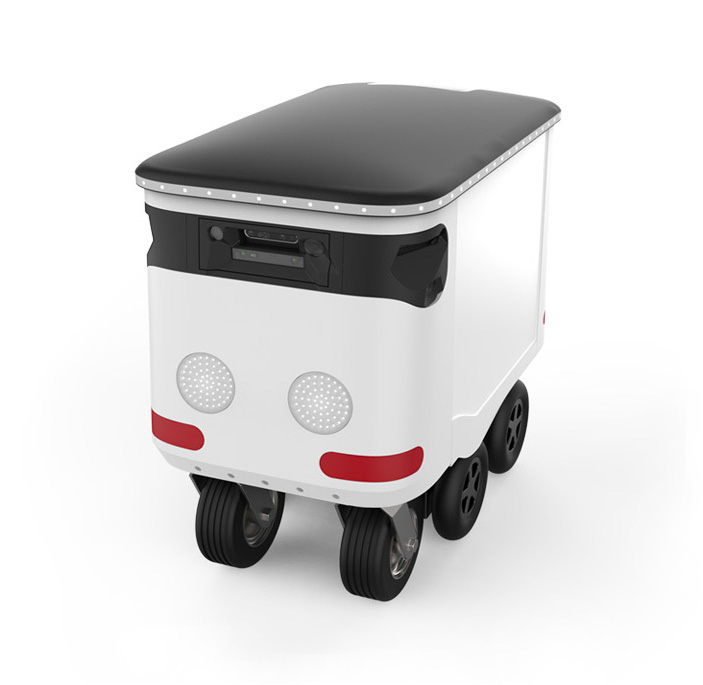 The Google Bookbot (photo from Google)

Users could request a pick-up of books via the library’s website. The Bookbot would then navigate to their home and text them when it had arrived. Once the user had deposited the books in the cargo compartment, the robot would return to the library, where workers would check in the materials.

Google team leader Christian Bersch told SilconValley.com at the time that the pilot project would last nine months. “Right now, we just want to learn how this would work, how it operates and what kinds of problems we’d run into,” he said.

On its first run on city sidewalks, “people thought it was super cool, and were breaking out their cameras,” Tracy Gray, Mountain View’s Library Services Director told TechCrunch. “There were no accidents, no technical issues and no vandalism.”

The biggest problem wasn’t interest or operations. It was Google.

The Bookbot fell far short of its nine-month pilot. The project quietly ended in June, after less than four months. The Bookbot was actually operational in Mountain View for only 12 days, not including two days missed for rain. It covered a total of 60 miles, and served just 36 users, Gray said.

Gray does not know why Area 120 canceled the Bookbot. “It was definitely a benefit for library customers and a great project all around, but I believe Google’s Area 120 went in another direction,” she said.
Area 120 has never explained why it canceled Bookbot. Google didn’t comment for this article.

However, Bookbot’s demise coincided with a strategic shift within Google. In May, just a month before Bookbot ended, Google merged its online shopping service Google Express into Google Shopping, essentially conceding that it could not compete with the retail giants of Amazon and Walmart. As its retail efforts faded, Google spun out its Project Wing drone delivery technology and suspended the Bookbot’s development.

That wasn’t the end of the little robot. Bersch left Google in July, along with Jake Stelman, the co-founder of Area 120’s autonomous robotics group, according to LinkedIn profile data. In October, the engineers incorporated Cartken Inc., along with Ryan Quinlan, an operations manager who had worked at both Amazon and Google Express, and another software engineer from the Bookbot team.

Cartken is still very much in stealth mode, and declined to comment on this story, as did Google. However, a Korean trade delegation to Silicon Valley in October was told the company had “developed a delivery robot that combines unmanned autonomous vehicles and artificial intelligence.”

Cartken’s website says that it will offer “low-cost delivery through automation,” with an earlier version specifying “low-cost last-mile delivery.” A semi-obscured product image appears to show a matte black variant of the Bookbot with wheels, lid and head- and tail lights.

Neither Google nor Cartken would say whether the startup uses any technologies developed at Area 120, nor whether Google was funding the young company.

Google has a tradition of spawning autonomous vehicle companies. The head of its self-driving car project, Chris Urmson, went on to form Aurora, now valued at more than $2.5 billion, while two other Google engineers formed Nuro, which unveiled a road-legal delivery robot last week. But the process of driving away from Google hasn’t always gone as smoothly.

In 2016, a group of engineers led by Anthony Levandowski left Google’s self-driving car program to form their own autonomous logistics company, Otto, that was quickly acquired by Uber. That led to an epic trade secrets battle that Levandowski is still fighting.