Forescout, the network security company that has been publicly traded since 2017, announced today it was going private again. Private equity firms Advent International and Crosspoint Capital are acquiring the company in an all-cash purchase of $1.9 billion. 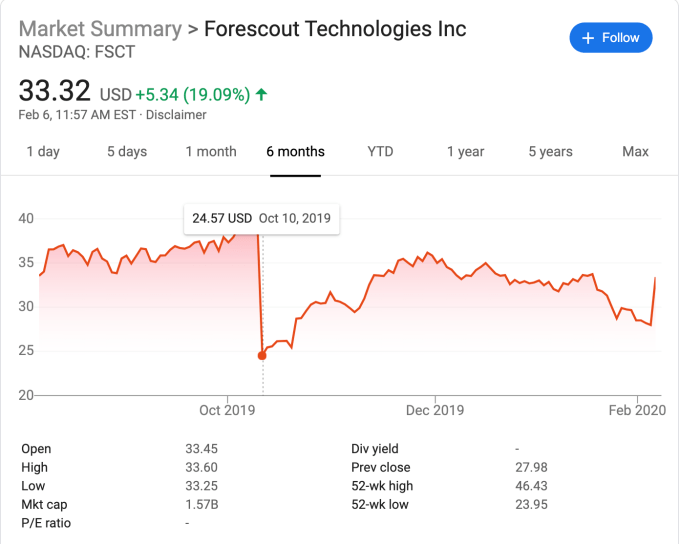 Not coincidentally, that was the day the company reported its earnings and had a bad revenue miss. Projections had revenue in the $98.8 million – $101.8 million range. Actual reported revenue was far less, at $91.6 million, according to data from the company.

In the earnings call that followed on November 7th, Forescout president and CEO Michael DeCesare tried to blame the bad results on extended sales, but it didn’t really help, as private equity firms swooped in to make the deal. “We experienced extended sales cycles across several of our customers that pushed out deals and which did not become apparent until we entered the final days of the quarter. We do not believe that any of these deals have been lost to competitors,” he told analysts.

In a statement today, DeCesare tried to put a positive spin on the acquisition. “This transaction represents an exciting new phase in the evolution of Forescout. We are excited to be partnering with Advent International and Crosspoint Capital, premier firms with security DNA and track records of success in strengthening companies and supporting them through transitionary times.”

Forescout is not a young company, having launched way back in 2000. It raised almost $290 million, according to PitchBook data. It went public on October 26, 2017.

The deal is not finalized as of yet. The company has a go-shop provision in place until March 8th in which it can try to find a better deal, but that seems unlikely. Should they fail to find a better suitor, the deal is expected to close in the second quarter, at which point the company will cease to be publicly traded.