Millennials are tired of being drunk, but are locked into a culture that puts alcohol at the center of professional events and outside-of-work gatherings. Twenty-somethings in New York and San Francisco don’t want to spend $17 on a gin and tonic at a compulsory happy hour. That’s why Haus, a new direct-to-consumer aperitif startup, is debuting its membership program.

Co-founders Helena Price Hambrecht and Woody Hambrecht, who are married, have also secured $4.5 million in seed funding to fuel their bid for a more laid back and less alcohol-centric way to party, starting with a 15% ABV (alcohol by volume) citrus and flower-flavored aperitif. For comparison, most hard liquors are between 35 and 45% alcohol. Wine averages at 11.6%.

The genesis for Haus was the founders’ idea to create a transparent alcohol brand, or a “Glossier for alcohol,” notes Helena, a Silicon Valley branding veteran. Woody, an experienced winemaker, identified a loophole that allows distributors to ship alcohol direct-to-consumer if the product is made mostly from grapes and is under 24% alcohol. Not only could a beverage be distributed straight to buyers, but it can be done with transparency, including ingredients and nutrition facts. This will allow Haus to collect user data that big alcohol companies just don’t have.

“Antiquated liquor laws have stunted innovation in the spirits space since prohibition, despite the fact that today’s drinkers are desperate for something different,” says Price Hambrecht. “Selling directly to the drinker means we can build relationships with our customers, iterate quickly based on their feedback and ultimately create the products they want.” So, Haus was born. 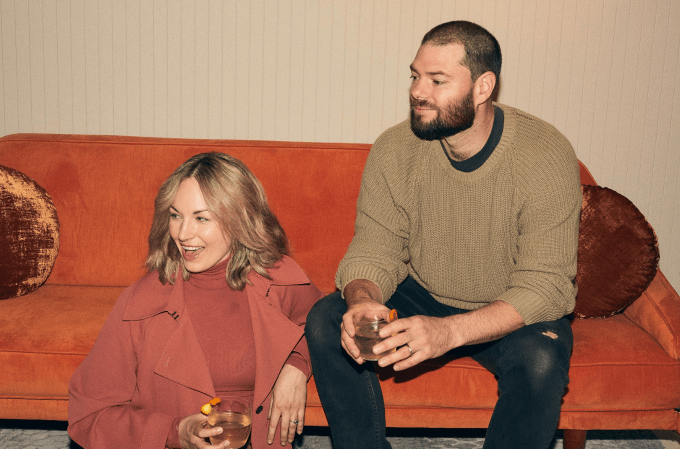 Haus saw fundraising as a chance to grow not only an early community of stakeholders, but customers. Helena equates their fundraising process to more of a crowdfunding approach than a traditional VC round, with over 10 funds and 100 individual investors contributing. Raising capital meant crowdsourcing a community of people who believed in what they were building and were willing to seed it into their own networks. Some angels included Casey Neistat, former CEO and chairman of Campari Gerry Ruvo, Away co-founder Jen Rubio, Superhuman founder Rahul Vohra and Yelp co-founder Russell Simmons.

Subscriptions work when customers form habits. Haus plans to retain its community around its trendy party beverage with discounts and events, bolstered by editorial content in the future. What the founders are really pitching, however, is a lifestyle change.

In “The Art of the Gathering,” Priya Parker argues that in our modern society, we’ve lost our ability to finesse purposeful events. We end up gathering in ways that don’t actually serve us, and we aren’t connecting in the ways we ought to. Whether it’s a boring dinner party that isn’t focused on the guests, or a dreaded happy hour after a long work day.

It has yet to be determined if aperitifs could win over wine and liquor lovers at a macro scale. But Haus thinks that with a trendy product and hyper-engaged community, they can leverage this loophole to change the way we gather. Starting with how we drink.