Listen. Chargers aren’t sexy. You know it. I know it. Charger companies know it, regardless of what they tell you in their pitch deck. Honestly, you’d be hard-pressed to think of too many electronic accessories less utilitarian. Dongles, maybe? Cord wraps?

But I want it known that I’m still capable of being excited about them — even the wired kind — in 2020. Why? Two words: Gallium nitride. The material has a number of key applications, including next-gen wireless technologies. But right now, there’s only one thing I care about: small chargers.

Last year at CES I wrote about a great little charger from Anker. Since then, I’ve upgraded to a 15-inch MacBook Pro and put out the call to a couple of CES companies for something that would fulfill my very specific needs. First, it needs to charge my big computer. Second, I travel a lot, so I’d prefer if it didn’t fall out of the outlets that Delta sticks on their seats. 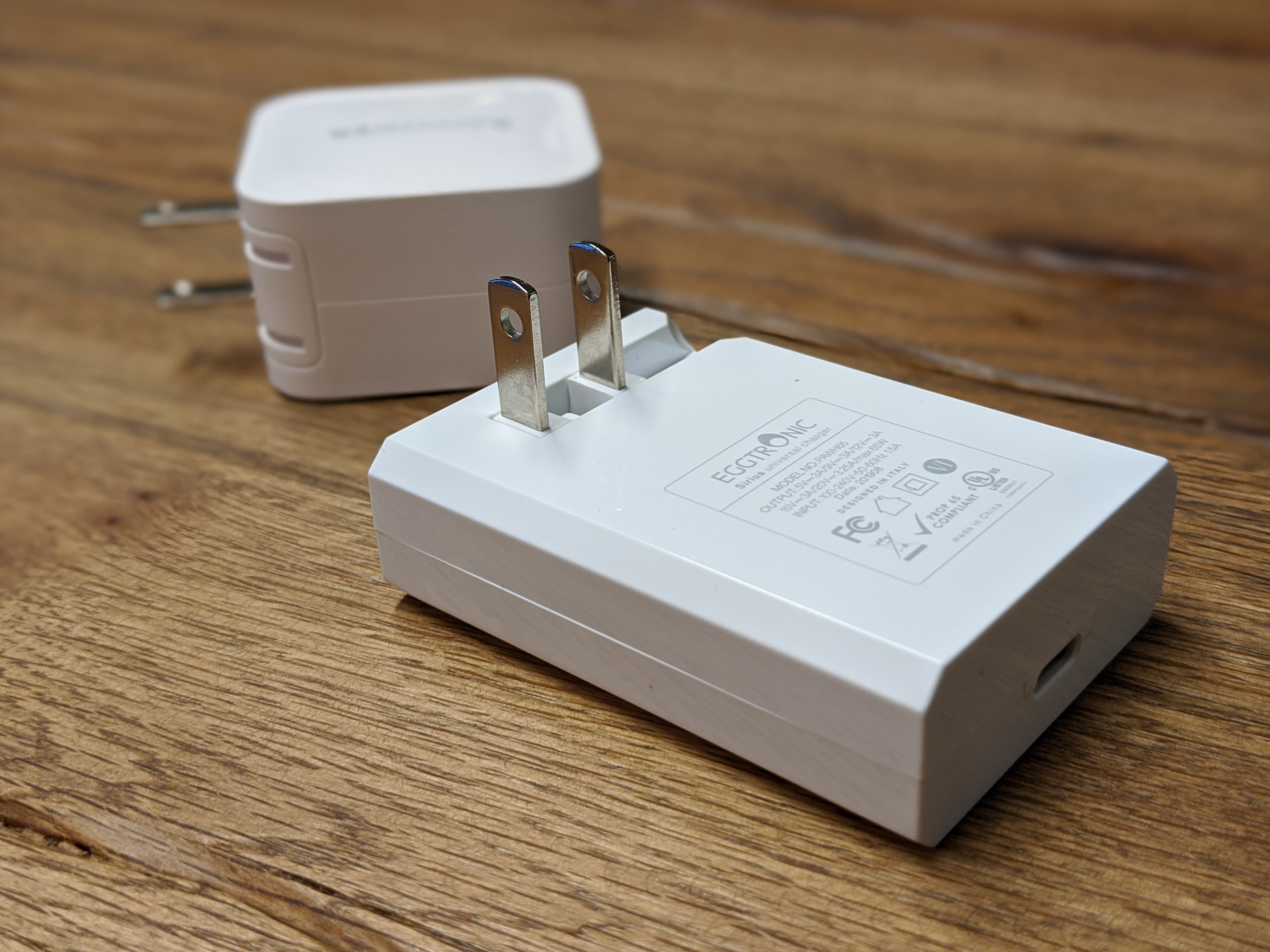 Seriously, it’s a real problem that I have. This sort of stuff matters on any flight longer than four hours.

Navitas answered the call with a pair of branded GaN chargers from RavPower and Eggtronic, at 61 and 65 watts, respectively. The primary distinction between the two is form factor. RavPower’s $36 charger is bigger and blockier, where as the significantly pricier ($79) Eggtronic lays flush. Honestly, preference comes down to what you need out of a charger. I was able to get both to sit in the Delta outlet, but still had them come loose a few times — which probably says as much about the airline’s outlets as anything.

Also, 61 or 65 watts isn’t going to charge up your system as fast as the standard 85/87 watt brick. It’s better for keeping a system charged, and most great for portable. I’m phasing out the Pixelbook charger I’ve been using and planning to have one or the other in my backpack at all times (along with the standard MacBook charger for long trips). There’s still a ways to go for my ideal charger, but we’re getting there.

Both are currently available for purchase.