Amazon has fired a number of employees after they shared customer email address and phone numbers with a third-party “in violation of our policies.”

The email to customers sent Friday afternoon, seen by TechCrunch, said an employee was “terminated” for sharing the data, and that the company is supporting law enforcement in their prosecution.

Amazon confirmed the incident in an email to TechCrunch. A spokesperson said a number of employees were fired. But little else is known about the employees, when the information was shared and with whom, and how many customers are affected.

“No other information related to your account was shared. This is not a result of anything you have done, and there is no need for you to take any action,” the email read to customers. 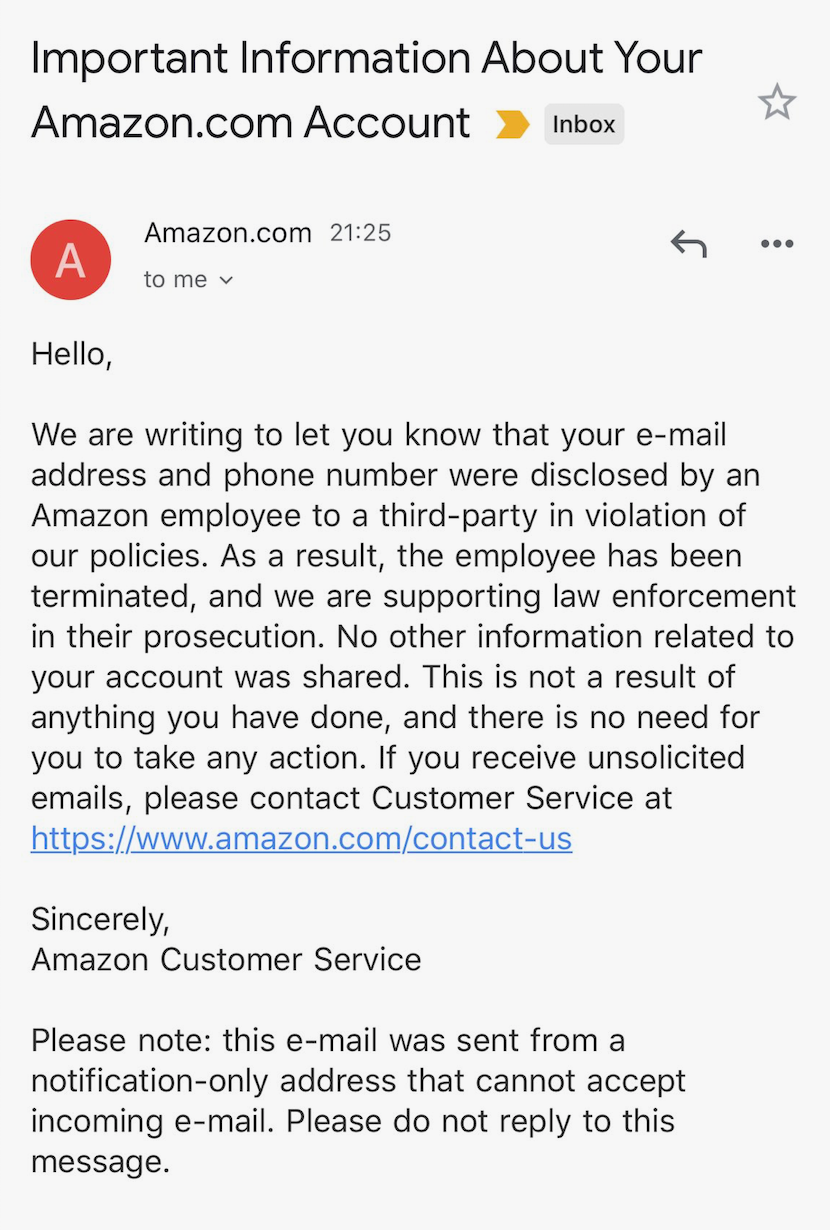 An email to Amazon customers, saying an employee was fired. Amazon said multiple employees were fired.

It’s not the first time it has happened. Amazon was just as vague about a similar breach of email addresses last year, in which Amazon declined to comment further.

In a separate incident, Amazon said this week that it fired four employees at Ring, one of the retail giant’s smart camera and door bell subsidiaries. Ring said it fired the employees for improperly viewing video footage from customer cameras.

Updated headline to clarify that an unknown number of employees were fired.

Amazon admits it exposed customer email addresses, but refuses to give details