Mercedes-Benz channeled the wild and imaginative world of James Cameron’s hit movie “Avatar” for its latest concept car — an electric autonomous vehicle covered in bionic flaps that aims to show how man and machine can merge and live responsibly in nature.

The concept car, appropriately named AVTR, for Advanced Vehicle Transformation, was unveiled Monday night at CES 2020, the giant tech trade show held each year in Las Vegas. And like many concept cars, it’s outrageous and sleek and a little bit out there. Did we mention it has scales?

To be clear, this is a show car. This means the Vision AVTR won’t be available to buy now, next year or in five. But as Ola Källenius, Daimler’s chairman and the head of Mercedes-Benz, noted Monday night, “show cars are here to spark our imagination, just like science fiction movies do.”

The idea is that these exercises conducted periodically by automakers not only spark creativity among engineers and designers, it can also telegraph where they’re headed. For Mercedes, the big message that Källenius was pushing Monday evening during his CES 2020 keynote was sustainability throughout the entire life cycle of a vehicle, from the plant it is built in to materials used in the battery.

And this is indeed a goal within Mercedes-Benz.

The concept car has no steering wheel or pedals because it’s theoretically autonomous. The interior is completely vegan and it has a wide-sweeping display that seems to cover and curve over the entire front dash. But that’s not the wild part.

Once sitting inside, the user can control the vehicle by touching the center console. The car then comes to life and can recognize the driver’s pulse and breath. From here, the driver can lift their hand and turn their palm toward a projected light. The driver picks the projected icon they want, squeezes their hand shut and off the car goes — again theoretically. 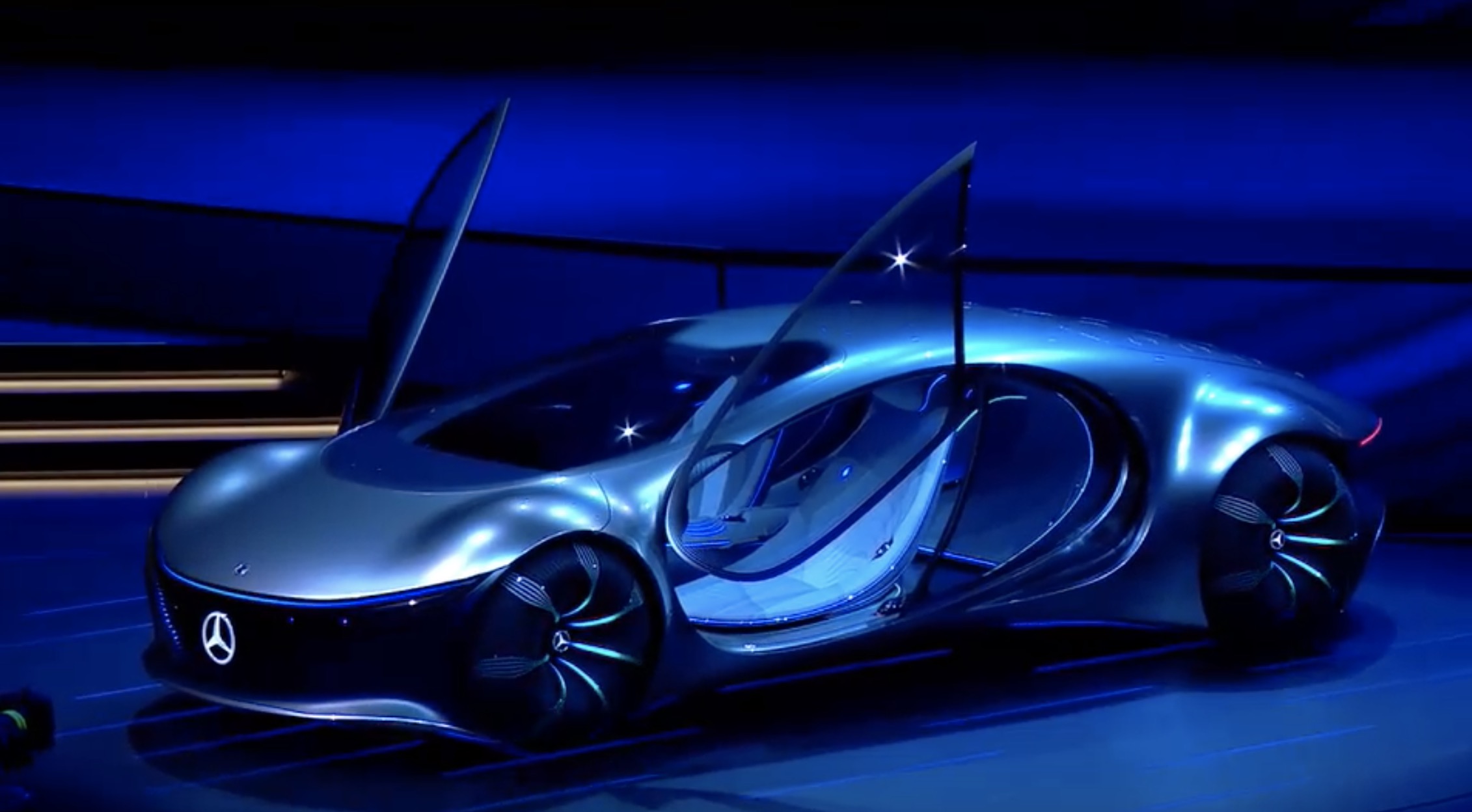 The vehicle is made of sustainable materials all the way down to the organic battery made from recyclable materials, which are compostable and recyclable.

The 33 multi-directionally movable surface elements on the back of the vehicle act as bionic flaps and are
reminiscent of scales of reptiles. Speaking of animals, the AVTR can move sideways by 30 degrees in a “crab movement” that gives it maximum agility.