Twenty-nine-year-old Rojas Eing first entered the investment world in Germany (she is half Chilean, half German), but with a real estate angle. “I learned the discipline and analysis needed to make an investment decision, and how to see the world from an international perspective,” she noted.

Good VCs are often founders-turned-investors. Rojas Eing has worked on the startup side as well, as she pursued an entrepreneurial project with an ed tech startup a few years ago, although that company is no longer in existence. She experienced how hard it was to raise early-stage capital in Chile — a problem she is back now to solve. After some time in the Bay Area pursuing a master’s degree in social entrepreneurship, she returned to Chile to invest in seed-stage startups with a fund called Manutara. Now, after months of mentorship with ALLVP, she will be joining the Mexico-based fund as their third partner.

Rojas Eing says her first focus will be on enterprise SaaS in Colombia, Mexico and Chile. “Latin America is the biggest untapped VC opportunity in the world, and ALLVP is all about transforming and improving the way Latin Americans lead daily lives.” Indeed, Latin American startups can get funding if they’re solving serious pain points for the region’s massive, digitally engaged middle class.

ALLVP is one of the most active new wave funds in Spanish-speaking Latin America right now. The firm, which was founded in 2012, was an early backer of Cornershop, the Chilean grocery delivery startup that raised $31.7 million (mostly from Silicon Valley’s Accel) and exited to Uber (after a $225 million deal with Walmart unraveled after being blocked by antitrust regulators in Mexico). ALLVP has also invested in Colombian cloud kitchen MUY and Mexican Opendoor clone Flat. The firm has more than $200 million in assets under management across three portfolios, having closed its third $100 million fund in 2018. Toward the end of 2019, SoftBank began rapidly deploying its $5 billion Latin America-focused Innovation Fund, enabling growth-stage financing for companies like Brazil’s QuintoAndar, Mexico’s Konfio and Argentina’s Uala. “SoftBank is a confirmation that Latin America is going through a special moment, and it allows us to think big. SoftBank has already transformed the region and will continue to do so,” says Rojas Eing.

As the youngest female partner in this part of the globe, one can’t help asking what it’s like to compete in a male-dominated field, let alone in a region that has historically been socially and politically hostile to women.

For example, Magma Partners’ Sophia Wood points out that “married women in Chile could not purchase real estate or open a credit card without their husband’s permission until 1977, and divorce was only legalized in 2004. As recently as 2018, Chile’s ‘sociedad conyugal’ marriage law still prohibited women from managing joint financial accounts — up to 50% of Chileans are currently married under this law. Similar laws have restricted women’s access to credit, capital and even education across Latin America until the recent past.”

Undoubtedly, sexist rhetoric has bled into the tech scene in regards to funding female-led companies. “Only .4 percent of the $400 billion in venture capital funding deployed between 2009 and 2017 went to Latin American women,” details the same report.

“You cannot be moving with doubt,” remarks Rojas Eing. From her vantage point as a 29-year-old female partner, she feels responsibility to surface conversations about gender imbalance and inclusivity in her work.

“Women entrepreneurs and investors represent the largest untapped pool of talent in the world. Working in a relatively young ecosystem such as Latin America provides us with the unique opportunity of creating a more inclusive entrepreneurial and VC community from the start,” says ALLVP partner Federico Antoni.

In an industry historically dominated by toxic masculinity, sexist frameworks of thinking and extreme gender imbalance, there’s an opportunity to grow the inverse of these worldviews. Hopefully, leaders in Latin American tech will instate tactical measures to encourage positive masculinity in its rapidly expanding startup culture, and we will see more women assigned into leadership roles at startups and funds.

Perhaps as Latin America’s nascent tech revolution explodes, founders and investors can learn from Silicon Valley’s pioneering mistakes in blitzscaling, valuing profitability over growth and startup culture that have kept women underrepresented and unsafe at work for over a decade.

As far as ALLVP’s track record goes, partner Federico Antoni says that female founders made up 33% of their first fund, and that 20% of the companies in their second portfolio were co-founded or founded by a woman. The third fund has yet to invest in a female entrepreneur. 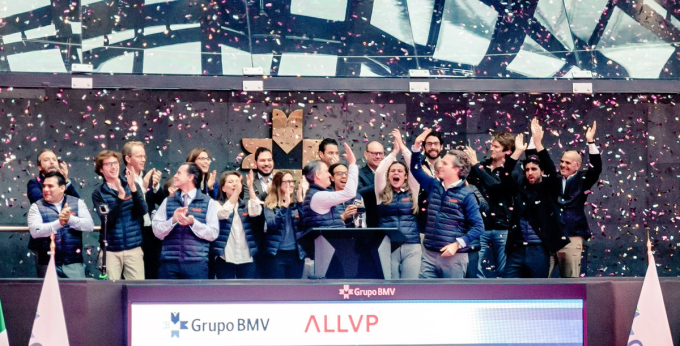 Expanding the pipeline to reach more female entrepreneurs is a focus for ALLVP, and the fund says that while the ALLVP team meets with only a third of pipeline opportunities, they offer meetings with any female founder.

More funds are diving into content marketing. Sites and blogs leverage SEO to widen the top of the funnel. Podcasts and newsletters help funds establish themselves as thought leaders and grow interest from the brightest founders. ALLVP is tapping into the content opportunity with a monthly podcast series that educates around the gender imbalance in tech, too.

Representation matters, and women fund women. ALLVP hopes that bringing Antonia on to the team will help the fund be a better partner to women. “Having her on board is not a box we checked but part of a process that will ultimately lead us to a more balanced team, portfolio, and better returns,” Antoni said.

Assigning more women to leadership roles is certainly one step in the right direction.