TikTok parent company ByteDance has built technology to let you insert your face into videos starring someone else. TechCrunch has learned that ByteDance has developed an unreleased feature using life-like deepfakes technology that the app’s code refers to as Face Swap. Code in both TikTok and its Chinese sister app Douyin asks users to take a multi-angle biometric scan of their face, then choose from a selection of videos they want to add their face to and share. 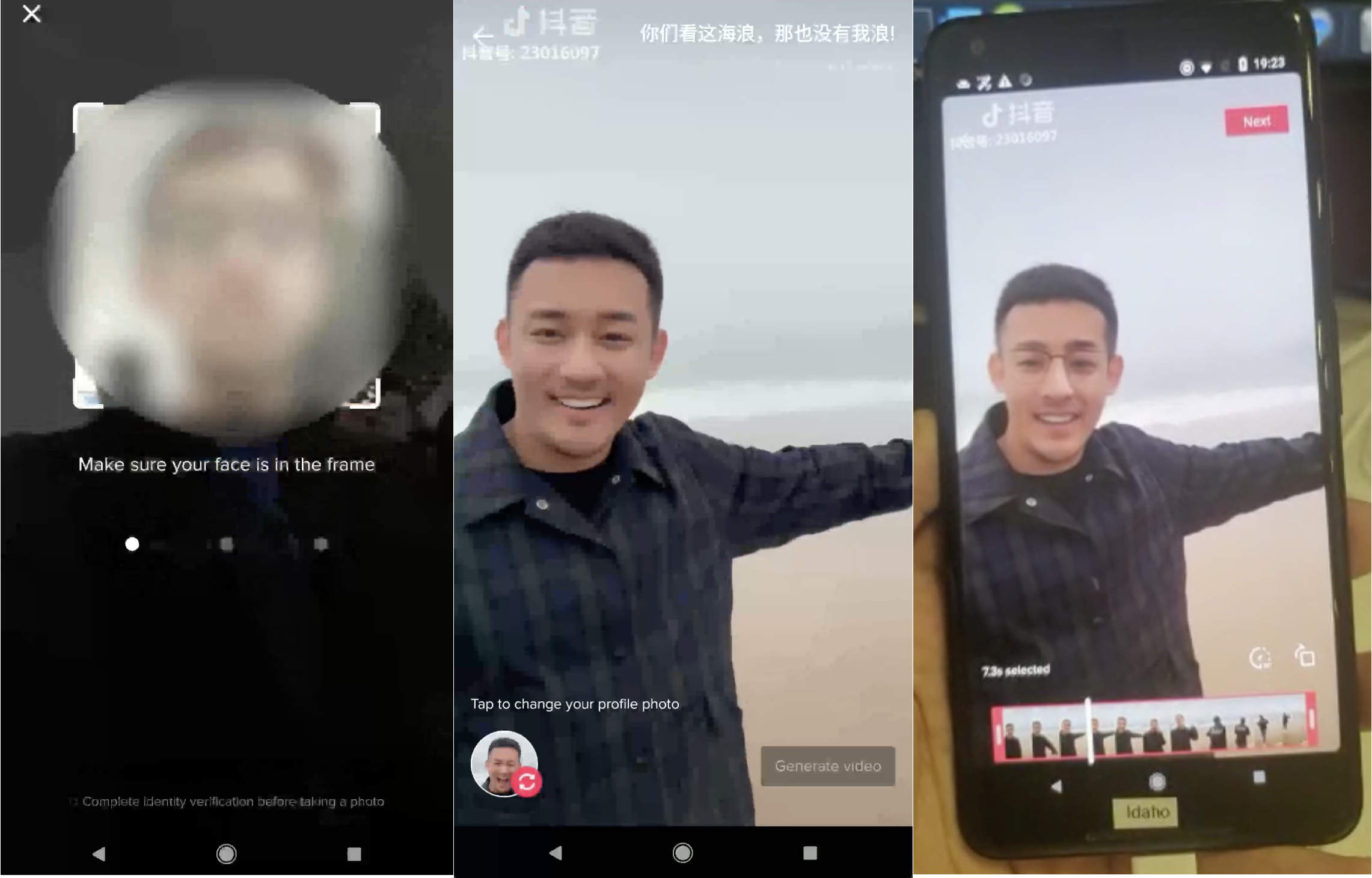 With ByteDance’s new Face Swap feature, users scan themselves, pick a video and have their face overlaid on the body of someone in the clip

The deepfakes feature, if launched in Douyin and TikTok, could create a more controlled environment where face swapping technology plus a limited selection of source videos can be used for fun instead of spreading misinformation. It might also raise awareness of the technology so more people are aware that they shouldn’t believe everything they see online. But it’s also likely to heighten fears about what ByteDance could do with such sensitive biometric data — similar to what’s used to set up Face ID on iPhones.

Several other tech companies have recently tried to consumerize watered-down versions of deepfakes. The app Morphin lets you overlay a computerized rendering of your face on actors in GIFs. Snapchat offered a FaceSwap option for years that would switch the visages of two people in frame, or replace one on camera with one from your camera roll, and there are standalone apps that do that too, like Face Swap Live. Then last month, TechCrunch spotted Snapchat’s new Cameos for inserting a real selfie into video clips it provides, though the results aren’t meant to look confusingly realistic.

Most problematic has been Chinese deepfakes app Zao, which uses artificial intelligence to blend one person’s face into another’s body as they move and synchronize their expressions. Zao went viral in September despite privacy and security concerns about how users’ facial scans might be abused. Zao was previously blocked by China’s WeChat for presenting “security risks.” [Correction: While “Zao” is mentioned in the discovered code, it refers to the general concept rather than a partnership between ByteDance and Zao.]

But ByteDance could bring convincingly life-like deepfakes to TikTok and Douyin, two of the world’s most popular apps with over 1.5 billion downloads. 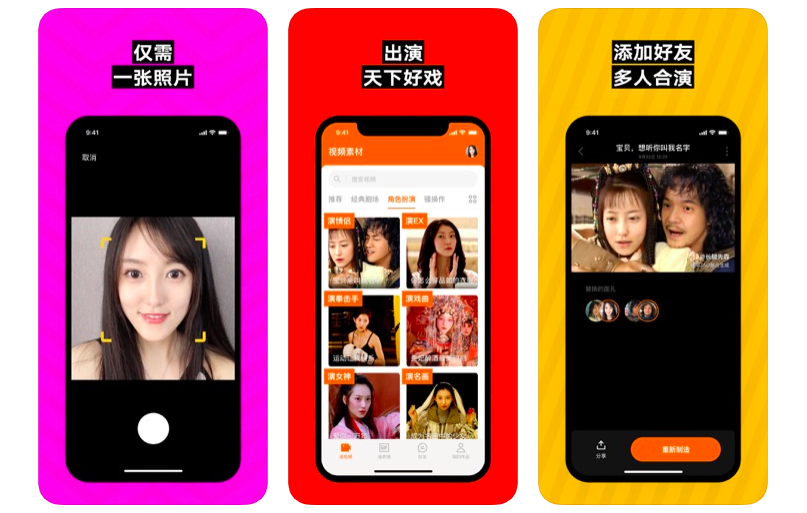 Hidden inside TikTok and Douyin

TechCrunch received a tip about the news from Israeli in-app market research startup Watchful.ai. The company had discovered code for the deepfakes feature in the latest version of TikTok and Douyin’s Android apps. Watchful.ai was able to activate the code in Douyin to generate screenshots of the feature, though it’s not currently available to the public.

First, users scan their face into TikTok. This also serves as an identity check to make sure you’re only submitting your own face so you can’t make unconsented deepfakes of anyone else using an existing photo or a single shot of their face. By asking you to blink, nod and open and close your mouth while in focus and proper lighting, Douyin can ensure you’re a live human and create a manipulable scan of your face that it can stretch and move to express different emotions or fill different scenes. 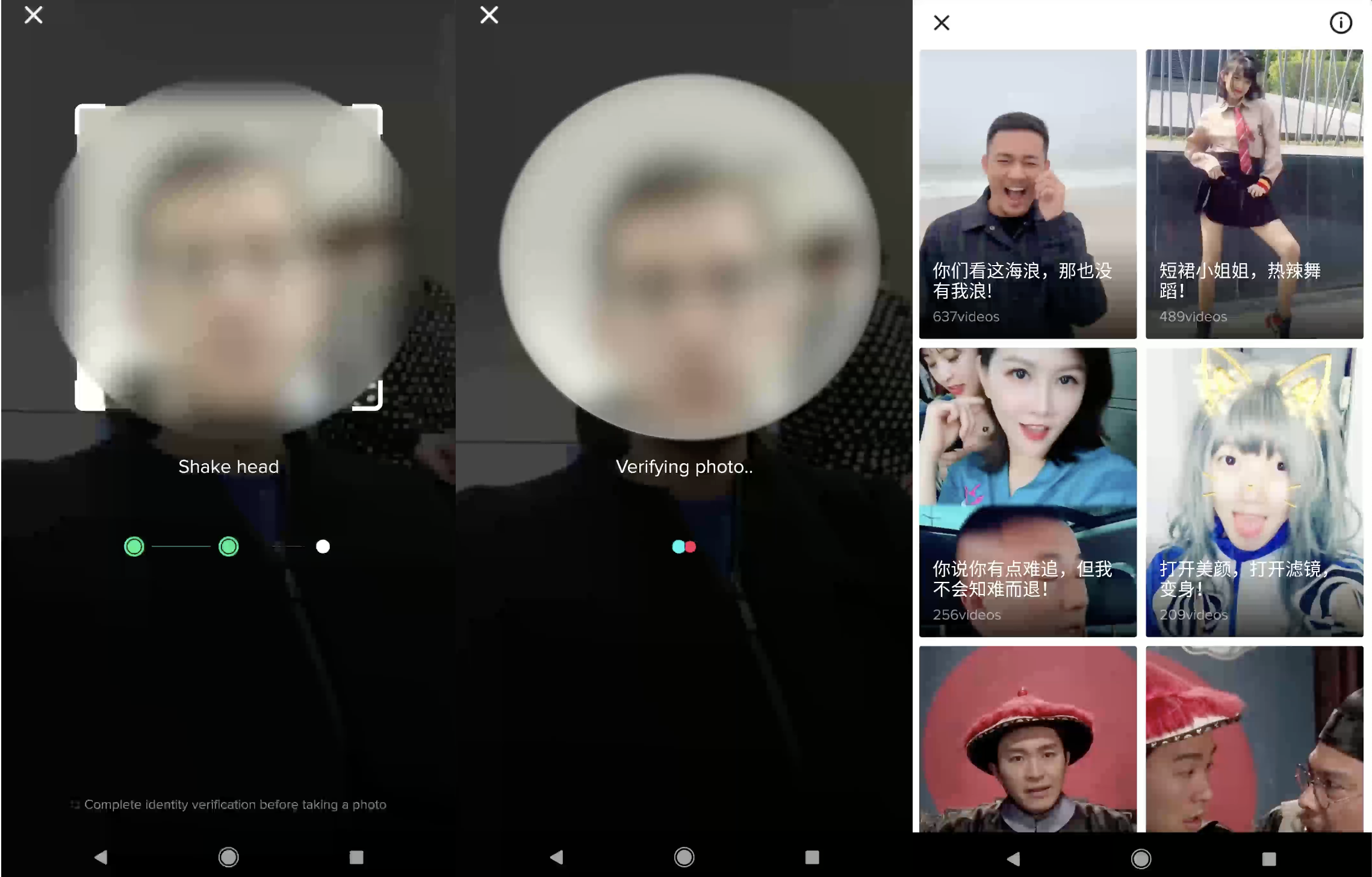 You’ll then be able to pick from videos ByteDance claims to have the rights to use, and it will replace with your own the face of whomever is in the clip. You can then share or download the deepfake video, though it will include an overlayed watermark the company claims will help distinguish the content as not being real. I received confidential access to videos made by Watchful using the feature, and the face swapping is quite seamless. The motion tracking, expressions and color blending all look very convincing.

Watchful also discovered unpublished updates to TikTok and Douyin’s terms of service that cover privacy and usage of the deepfakes feature. Inside the U.S. version of TikTok’s Android app, English text in the code explains the feature and some of its terms of use:

Your facial pattern will be used for this feature. Read the Drama Face Terms of Use and Privacy Policy for more details. Make sure you’ve read and agree to the Terms of Use and Privacy Policy before continuing. 1. To make this feature secure for everyone, real identity verification is required to make sure users themselves are using this feature with their own faces. For this reason, uploaded photos can’t be used; 2. Your facial pattern will only be used to generate face-change videos that are only visible to you before you post it. To better protect your personal information, identity verification is required if you use this feature later. 3. This feature complies with Internet Personal Information Protection Regulations for Minors. Underage users won’t be able to access this feature. 4. All video elements related to this feature provided by Douyin have acquired copyright authorization. 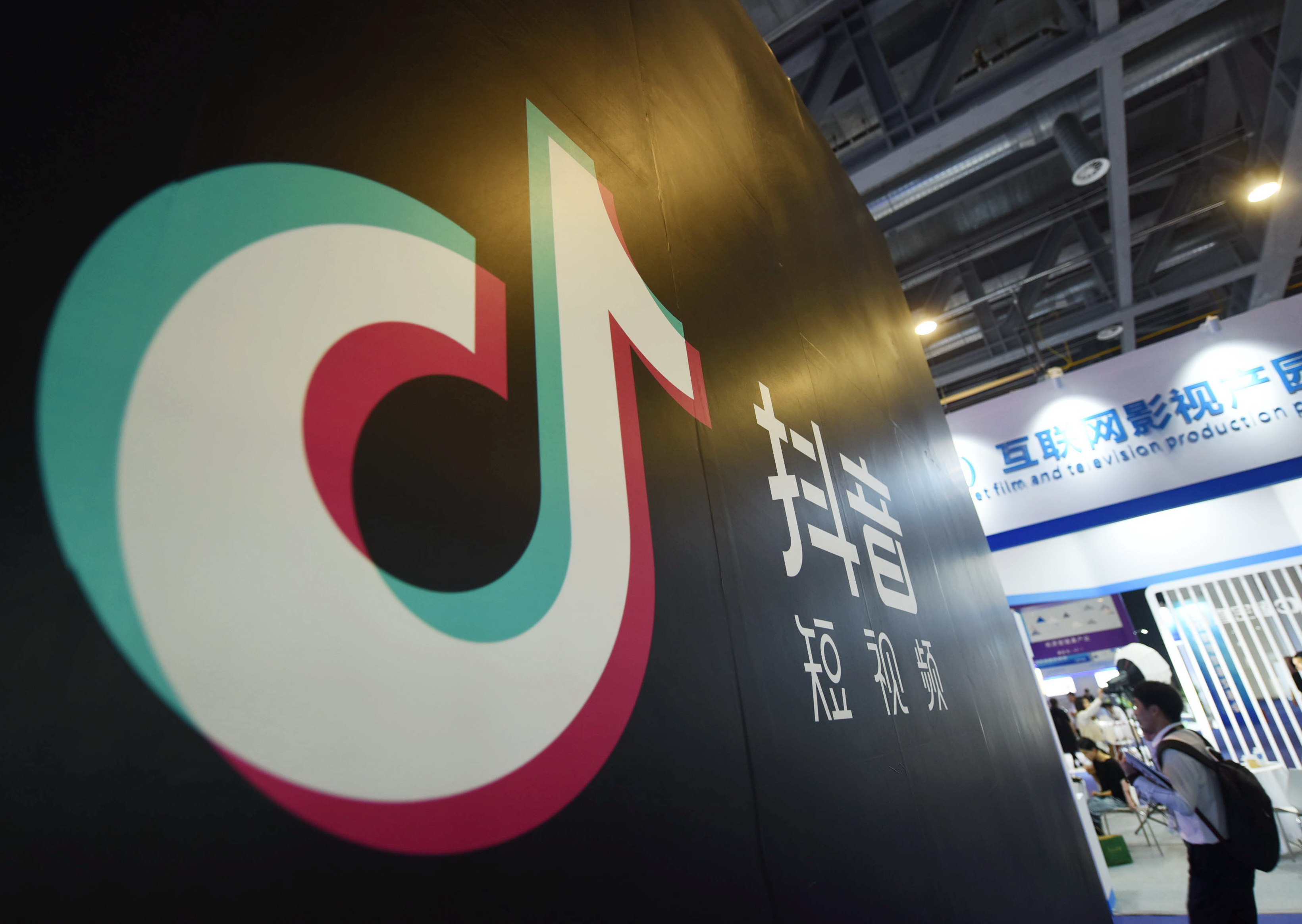 ZHEJIANG, CHINA – OCTOBER 18 2019 Two U.S. senators have sent a letter to the U.S. national intelligence agency saying TikTok could pose a threat to U.S. national security and should be investigated. Visitors visit the booth of Douyin (Tiktok) at the 2019 Smart Expo in Hangzhou, east China’s Zhejiang province, Oct. 18, 2019.- PHOTOGRAPH BY Costfoto / Barcroft Media via Getty Images.

We reached out to TikTok and Douyin for comment regarding the deepfakes feature, when it might launch, how the privacy of biometric scans are protected and the age limit. However, TikTok declined to answer those questions. Instead, a spokesperson insisted that “after checking with the teams I can confirm this is definitely not a function in TikTok, nor do we have any intention of introducing it. I think what you may be looking at is something slated for Douyin – your email includes screenshots that would be from Douyin, and a privacy policy that mentions Douyin. That said, we don’t work on Douyin here at TikTok.” They later told TechCrunch that “The inactive code fragments are being removed to eliminate any confusion,” which implicitly confirms that Face Swap code was found in TikTok.

A Douyin spokesperson tells TechCrunch “Douyin follows the laws and regulations of the jurisdictions in which it operates, which is China.” They denied that the Face Swap terms of service appear in TikTok despite TechCrunch reviewing code from the app showing those terms of service and the feature’s functionality.

This is suspicious, and doesn’t explain why code for the deepfakes feature and special terms of service in English for the feature appear in TikTok, and not just Douyin, where the app can already be activated and a longer terms of service was spotted. TikTok’s U.S. entity has previously denied complying with censorship requests from the Chinese government in contradiction to sources who told The Washington Post that TikTok did censor some political and sexual content at China’s behest.

It’s possible that the deepfakes Face Swap feature never officially launches in China or the U.S. But it’s fully functional, even if unreleased, and demonstrates ByteDance’s willingness to embrace the controversial technology despite its reputation for misinformation and non-consensual pornography. At least it’s restricting the use of the feature by minors, only letting you face-swap yourself, and preventing users from uploading their own source videos. That avoids it being used to create dangerous misinformational videos like the slowed down one making House Speaker Nancy Pelosi seem drunk, or clips of people saying things as if they were President Trump.

“It’s very rare to see a major social networking app restrict a new, advanced feature to their users 18 and over only,” Watchful.ai co-founder and CEO Itay Kahana tells TechCrunch. “These deepfake apps might seem like fun on the surface, but they should not be allowed to become trojan horses, compromising IP rights and personal data, especially personal data from minors who are overwhelmingly the heaviest users of TikTok to date.”

TikTok has already been banned by the U.S. Navy and ByteDance’s acquisition and merger of Musical.ly into TikTok is under investigation by the Committee on Foreign Investment in The United States. Deepfake fears could further heighten scrutiny.

With the proper safeguards, though, face-changing technology could usher in a new era of user-generated content where the creator is always at the center of the action. It’s all part of a new trend of personalized media that could be big in 2020. Social media has evolved from selfies to Bitmoji to Animoji to Cameos, and now consumerized deepfakes. When there are infinite apps and videos and notifications to distract us, making us the star could be the best way to hold our attention.