Of all the startup jawns that could possibly come from Philadelphia, perhaps none is as unexpected as Jenzy, the startup that provides an online marketplace and virtual sizing tool for kids’ shoes.

The company, which has raised $1.25 million from investors including Morgan Stanley’s Multicultural Innovation Lab*, was born of desperation and grew up on two continents.

Co-founders Eve Ackerley and Carolyn Horner met five years ago in China while working as English language teachers in the remote corners of Yunnan province. Without much in the way of retail options, the two women resorted to doing much of their shopping online… and it was while searching for shoes that they realized one of the major pain points of the online retail experience was finding the right size. 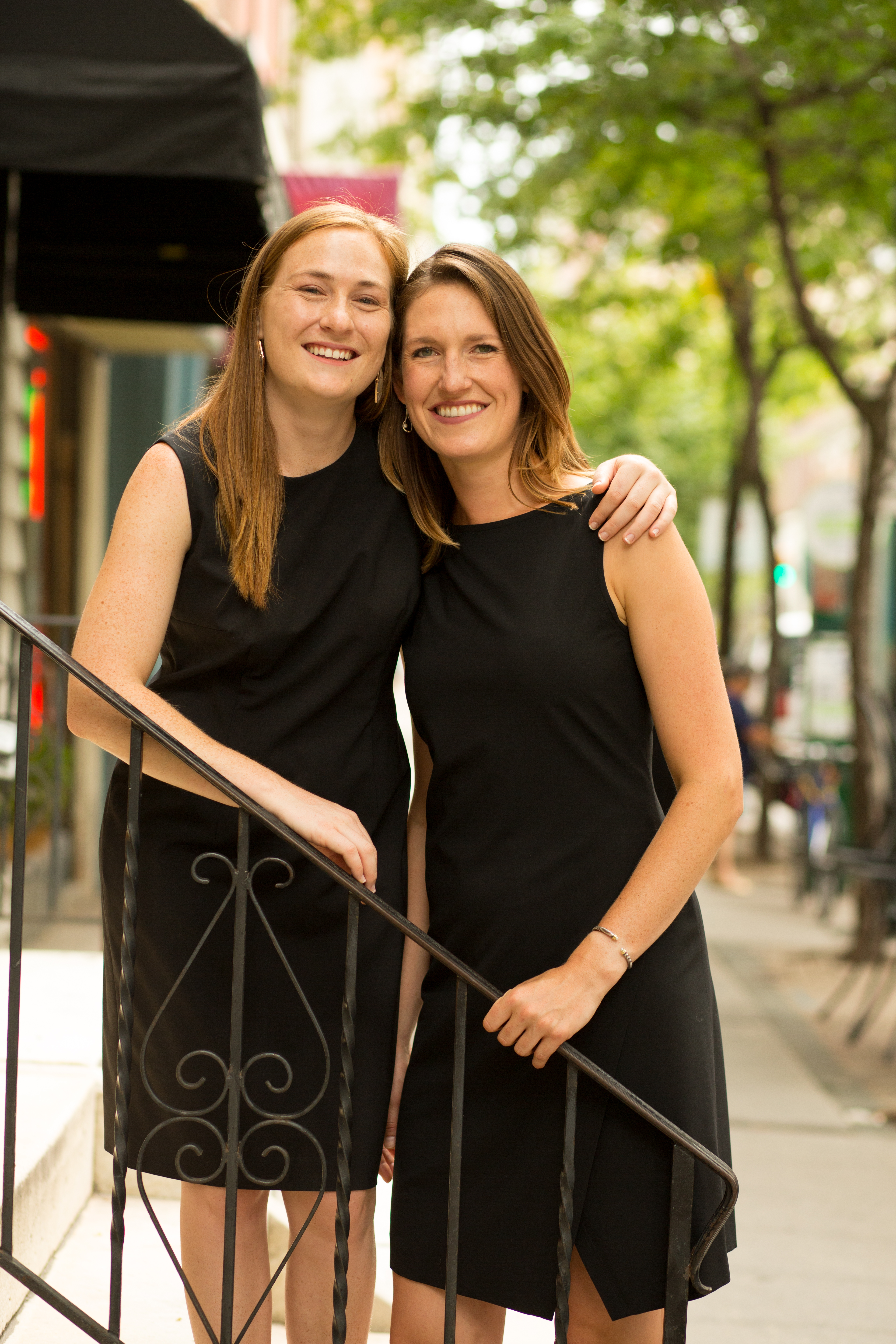 When they returned to the U.S. the idea stuck with them. So they set out to develop an application that would be able to size feet using nothing more than a smartphone, and worked with vendors to ensure that women could know their sizes and buy the right shoes.

As the idea evolved, the two first-time entrepreneurs realized that however annoying the buying process was for adults, the need for appropriately sized shoes and a marketplace to buy them was even more acute among children.

“The most proprietary part of what we do is standardize all the shoes on our platform,” says Horner.

The company works with brands like Converse, Saucony and Keds to send kids shoes that actually fit their feet. “A kid could be wearing a six in one shoe and a seven in another,” says Horner. Using Jenzy, the shoes will arrive in the right size for each foot. “We work with the suppliers to make sure that we’re sending the correct size to a parent when they check out on Jenzy.”

For retailers, it’s an opportunity to reduce what amounts to a huge cost. The industry average rate for returns is 30%, and Horner says that Jenzy reduces that figure to 15%. And those savings matter in what’s an $11 billion industry, according to Horner’s estimates.

The company launched the first version of its app in July 2017 and just released an update earlier this year. To date, Horner estimates the company has sized 25,000 feet and had 15,000 downloads since May.

“The plan was to see about if we still were interested when we got back from China,” Horner says of the company’s early days.

Initially, the two partners worked out of Ackerley’s parents’ house in California, but eventually moved to Philadelphia when the company pivoted to focus on children’s shoes to be close to their beta testers — Horner’s family, who had a lot of kids.

*This story was updated to indicate that Morgan Stanley was one of several investors contributing to Jenzy’s $1.2 million financing.