Welcome to TechCrunch’s 2019 Holiday Gift Guide! Need help with gift ideas? We’re here to help! We’ll be rolling out gift guides from now through the end of December. You can find our other guides right here.

As we reach the end of 2019 and approach crunch time for everyone who has procrastinated holiday gift buying, we wanted to highlight a few more great reads that might add value to your life or are just plain-old fun.

Over the past couple of weeks, we’ve asked Extra Crunch members and the TechCrunch editorial staff for their favorite books of the year. Responses covered a huge mix of genres, narrative structures and formats, with titles that would fit the interests of anyone from your techno-nerd co-founder to your craziest second-cousin that you only see around the holidays.

For our last round of book recommendations, we decided to ask the investors who control the capital in Silicon Valley, help catalyze the industry’s biggest winners and ultimately influence what our future will look like. We surveyed a select group of five leading VCs on their top book recommendations for 2019 with the only criteria being that the respondents personally read the title this year and thought it was meaningful. Among our correspondents:

The books could cover any topic, be fiction or non-fiction and could be old, new or anything in between. Here are the six books that resonated with our panel of investors, all of which they would recommend to you, a friend or a family member looking for a great holiday gift. 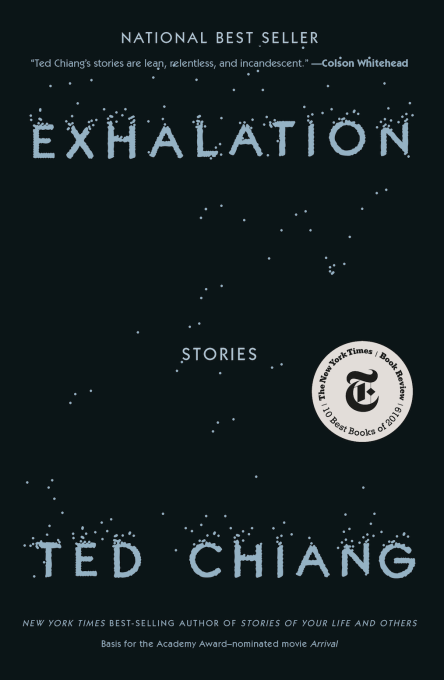 This year for me it was Ted Chiang’s “Exhalation”. The gap between sci-fi and sci-fact keeps shrinking. I contend either our authors are becoming less creative or our scientists more creative. Chiang disproves the former. One of the most provocative stories in this collection is The Truth of Fact, The Truth of Feeling which parallels two protagonists set in the near future and the not-too-distant past. One sub-story centers on a Black Mirror-esque technology that gives high-fidelity perfect recall and recordings of prior experience. The other story is of a tribe that lives by oral tradition that has one member encounter an outsider with the technology of writing. Together they make a provocative poignant point on the distinction between being precise and being right—and the meaning in our lives between them.

Summary: “Exhalation” is the latest composition by acclaimed sci-fi writer Ted Chiang, whose short story titled “Story of Your Life” famously acted as the inspiration for the Oscar-nominated film “Arrival.” Chiang’s newest work is a collection of science fiction short stories and novelettes that stray away from the speculative dystopian side of the genre. Using common sci-fi motifs such as aliens and AI proliferation, the selected writings instead dial-in on the characters living in these imagined universes as they examine how societal and technological evolutions impact the ethical, philosophical and cognitive aspects of the human psyche and existence.

Alpha Girls: The Women Upstarts Who Took on Silicon Valley’s Male Culture and Made the Deals of a Lifetime by Julian Guthrie 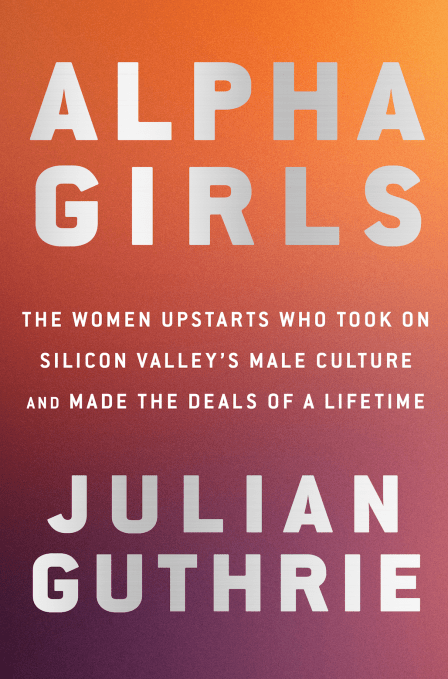 The most interesting book to come out in 2019 that tells the story of tech and venture is “Alpha Girls: The Women Upstarts Who Took on Silicon Valley’s Male Culture and Made the Deals of a Lifetime”, by Julian Guthrie. I find it a fascinating read (even if I weren’t included) – with stories that speak to both men and women, to the deals won and lost (Skype, Imperva, F5, Trulia, Facebook, Salesforce and more) and to the history of Silicon Valley through the lens of four outsiders. Despite having to pave their own path, the women jumped in headfirst in the pursuit of their dreams. You will walk away with a different view of how it is to be a woman in this male-dominated industry, and you will get a sense of the important role of male allies. “Alpha Girls” shows that women have long been “hidden figures” behind big companies and key deals. Finally, their stories are being told.

Summary: Silicon Valley’s massive gender gap is no secret, particularly in the notorious “boys and bros” club that is the venture capital industry. In “Alpha Girls: The Women Upstarts Who Took on Silicon Valley’s Male Culture and Made the Deals of a Lifetime,” esteemed business journalist, international best-selling author and multi-time Pulitzer nominee Julian Guthrie details the career paths of four leading female VCs (disclosure: our respondent Theresia Gouw is one of them) that have played major roles in shaping today’s tech and startup landscape. 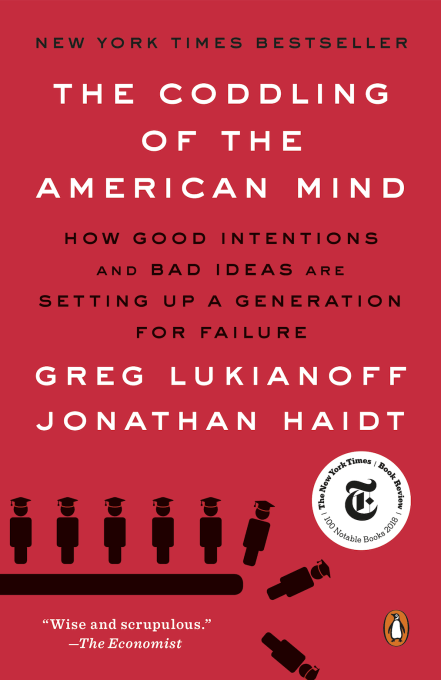 Our world is rapidly shifting around us – from evolving social norms, to the external stimuli that impact our well-being. It’s a new pace that is acutely felt in how we are raising and educating our kids and young adults. This book deeply explores the societal ramifications, and offers perspective about how we may be doing it all wrong.

Summary: “The Coddling of the American Mind” is a provocative sociological dive into how commonly accepted modern social and parenting practices have led to increased agitation and tension in today’s youth. Written by attorney, public advocate and First Amendment specialist Greg Lukianoff and social psychologist and NYU professor of ethical leadership Jonathan Haidt, “The Coddling of the American Mind” introduces its thesis by examining issues of censorship and free speech on college campuses, which are occurring at a more frequent clip than ever before.

As the authors debate the potential negative impacts that an overly partisan culture of “safety-ism” might have on mental health and development, they retrace the historical social trends and cultural transformations that led to today’s conditions.

The Back Channel by William Burns 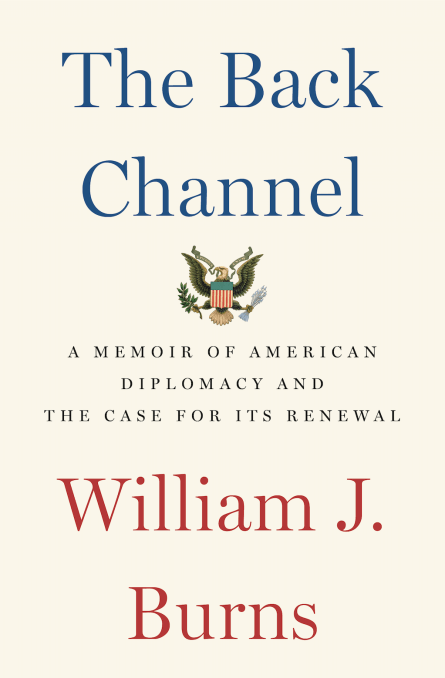 For the last two years, I’ve had the pleasure of serving as a Trustee for the Carnegie Endowment for International Peace where Bill Burns serves as President. Bill is the consummate statesman and has been a central figure in international diplomacy for decades. The depth of his knowledge is a testament to his commitment to international order and peace. “The Back Channel” provides readers with an inside look into his career in foreign service, from the Cold War and Middle East affairs to modern-day Russia. My respect for Bill was immense before I read the book and it only grew bigger with every chapter.

Summary: Throughout his illustrious, nearly thirty-year career in foreign service, William Burns has held titles that include the US ambassador to Russia and the Deputy Secretary of State. Burns’ memoirs, “The Back Channel,” focuses on the biggest policy decisions of Burns’ tenure.

Burns uses his own notes, declassified State Department documents and primary-source, first-hand analysis to offer up some inside baseball and help readers understand the strategic rationale and key considerations behind some of the most important U.S. foreign policy decisions that have shaped the global geopolitical landscape over the last two decades.

The Education of an Idealist by Samantha Power 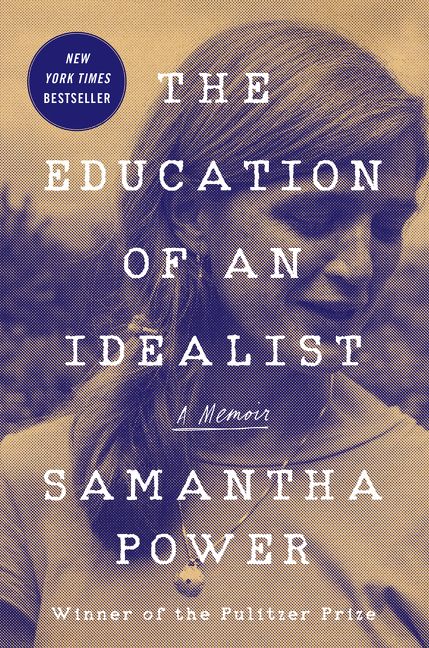 Ambassador Power is an icon of courage, compassion and resolve. During her recent book tour, I was fortunate enough to interview her and was struck by her humanity. The stories she writes about her impressive career are both powerful and personal. Ambassador Power immigrated to the US as a child and has since dedicated her life to human rights and equality. She is my age and has accomplished so much in her life, most recently as US Ambassador to the UN under President Obama. I don’t know anyone who, at 22, would voluntarily become a war correspondent (in Bosnia). I suspect she will one day run for political office and I will be a big supporter.

Summary: “Education of an Idealist” is the memoir of former US Ambassador to the United Nations and Pulitzer-award-winning author Samantha Power, detailing her journey from a child in Ireland, to an immigrant growing up in the US, through her Ivy League undergrad and legal education, all the way through her careers in journalism and public advocacy and her time working as a senior advisor to President Barack Obama. Even from a purely narrative perspective, Power’s lengthy journey, which brought her across the globe through war zones and revolutions long before her career in politics, is incredibly compelling on its own.

But Ambassador Power’s reflection offers even more value as she recounts how she overcame personal, professional and internal struggles as she traversed different geographies, environments and stages of her career and life.

Additionally, Power’s writing also offers up valuable lessons for those in the startup world. Power’s move from an external public advocate to a government policymaker, in a roundabout way (or at least in the eyes of startup nerds like us), provides a unique look into the transition, differences and challenges one may come across when moving from an externally focused role to an operational one.

The First Congress: How James Madison, George Washington, and a Group of Extraordinary Men Invented the Government by Fergus M. Bordewich 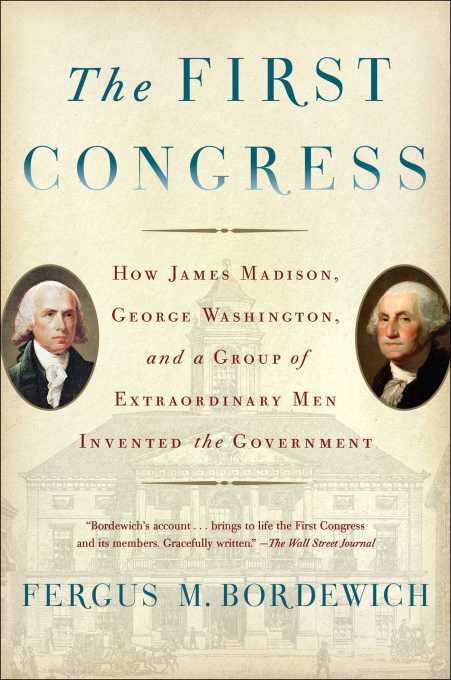 As I read about impeachment proceedings, presidential elections, and racial tensions in today’s political climate, it begged the question – how did we get here?

While not knowing exactly what I was undertaking, I recently read the book, “The First Congress.” The book was a remarkable story about how both ordinary and extraordinary people took the ‘startup’ that was the United States in 1789 and launched us on a remarkable ride.

The book takes us through the critical decisions made by the country’s very first Congress, 1789-1791. This includes establishing the Supreme Court, passing the first 10 Amendments to the Constitution (later called the Bill of Rights), establishing the country’s first revenue ‘stream,’ and picking the location of the nation’s capital (putting our country’s hero – George Washington, in a different light).

It’s hard to fathom our nation as a startup. The country was fresh off of its failure as a Confederation of States, deeply in debt, with no source of revenue yet established. Two of the states had not yet ‘signed on’ to the whole enterprise. And while the Constitution put forth certain operating principles, it fell to this group of men (yes, all men and all white) to put many of the mechanisms in place that still guide and define us today. As one always trying to do what I do better and learn from the past, this was a terrific lesson in both getting this startup off the ground as well as the intended and unintended consequences of those decisions.

Summary: Writer and historian Fergus Bordewich’s “The First Congress” puts us in the room for the First Congress in our country’s history, which saw the admission of several states into the union, the passing of the Bill of Rights and several other of the biggest decisions that shaped the United States.

The book details how the founding fathers debated the United States’ structural and operational systems, including the American legal system and national banking system. Additionally, “The First Congress” highlights an interesting yet often overlooked period of US history, where the country was essentially functioning like a startup, grinding and building from scratch, having to create mission statements, organizational hierarchies, operational systems or otherwise for the very first time.