Coupang is Korea’s largest e-commerce platform. In 2018, its annual revenue was 4.42 trillion won, an increase of 65% from the previous year. The company says its sales are increasing more than 60% year over year and it currently has more than $10 billion in gross merchandise volume. Founded in 2010, the company has raised $3.4 billion so far, including $2 billion from SoftBank Vision Fund announced in November 2018. 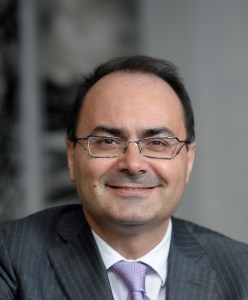 Fornaro told TechCrunch in a phone call that at Coupang he will be able to draw on his experiences in a wide range of industries, for example IGT’s focus on technology and Fiat’s complex fulfillment infrastructure. “E-commerce is a relatively new industry and Coupang is a revolutionary in the retail industry,” he said.

Despite speculation that Coupang is working toward an IPO, founder and chief executive officer Bom Kim told TechCrunch that the company is focused on executing its growth strategy within Korea, which is poised to become the world’s third-largest e-commerce market after China and the United States.

“We’re excited to have Alberto join us and bring in additional leaders, because the company is scaling very rapidly,” says Kim. “It’s a very large and very fast-changing company. We need our hiring and leadership team to grow in-line with not only our growth rate, but the ambitions we have for our customers and business.”

“Alberto shares this real passion for revolutionizing the customer experience and for having an impact on millions and millions of customers,” he added.

When asked if WeWork’s failed IPO has affected Coupang, as SoftBank Vision Fund is also a major investor in the commercial real estate startup, Kim said, “The short answer is no, it hasn’t really. SoftBank has been a great investor, but like any investor in the company, what happens to the investors, good or bad, positive or negative, doesn’t really impact the company or our mission and strategy, and it hasn’t impacted our execution against that strategy.”

One of Coupang’s strategies is launching new verticals enabled by its end-to-end fulfillment and logistics infrastructure. For example, it recently began focusing on electronics and more on-demand delivery programs, including dawn delivery (or items ordered at night for delivery early the next morning) and Rocket Fresh for groceries, which help it compete with domestic rivals like Gmarket.

Kim said Coupang’s emphasis is on offering as many items for on-demand delivery as other major e-commerce companies do for their regular shipment options.

“We’re scaling very rapidly, have made aggressive investments and now we’re scaling the investments that we’ve made,” he said. “Alberto will play a critical role on our leadership team to not only scale out and improve the customer experience, but also to leverage economies of scale, to find ways to further lower prices for our customers.”