Well, I don’t think that was supposed to happen.

In what was one of the more surreal product launches I’ve seen, Tesla debuted its $39,900 Cybertruck pickup tonight. After running through some specs and hitting the truck’s door with a sledge hammer, Elon asked an onstage companion (Tesla’s lead designer, Franz von Holzhausen) to demonstrate the strength of the Tesla “Armor Glass” by throwing a solid metal, baseball-sized ball at the driver side window.

It… did not go well.

While the glass didn’t completely shatter, it did appear to crack from edge to edge.

“Oh my [bleeping] God,” Musk laughs. “Well, maybe that was a little too hard.”

So they tried it again on the rear passenger window… and it cracked too. “Room for improvement,” Musk says with a shrug.

Was this a gag? A “Hah hah! Just kidding, here’s a test on the real glass!” sort of thing? Nope. Elon stood in front of the truck, two broken windows and all, and completed the presentation.

While no one would expect most standard windows to stand up to a test like this, even Elon seemed surprised by the results. “We threw wrenches, we threw everything,” he said on stage. “We even literally threw a kitchen sink at the glass, and it didn’t break. For a little weird reason it broke now, I don’t know why.”

“We’ll fix it in post,” he followed up with a laugh, then moved on to talking about the car’s suspension. The video went private on Tesla’s YouTube channel about 30 seconds after the live stream was over.

And with that, the undeniable truth that is “live demos never work” lives on. 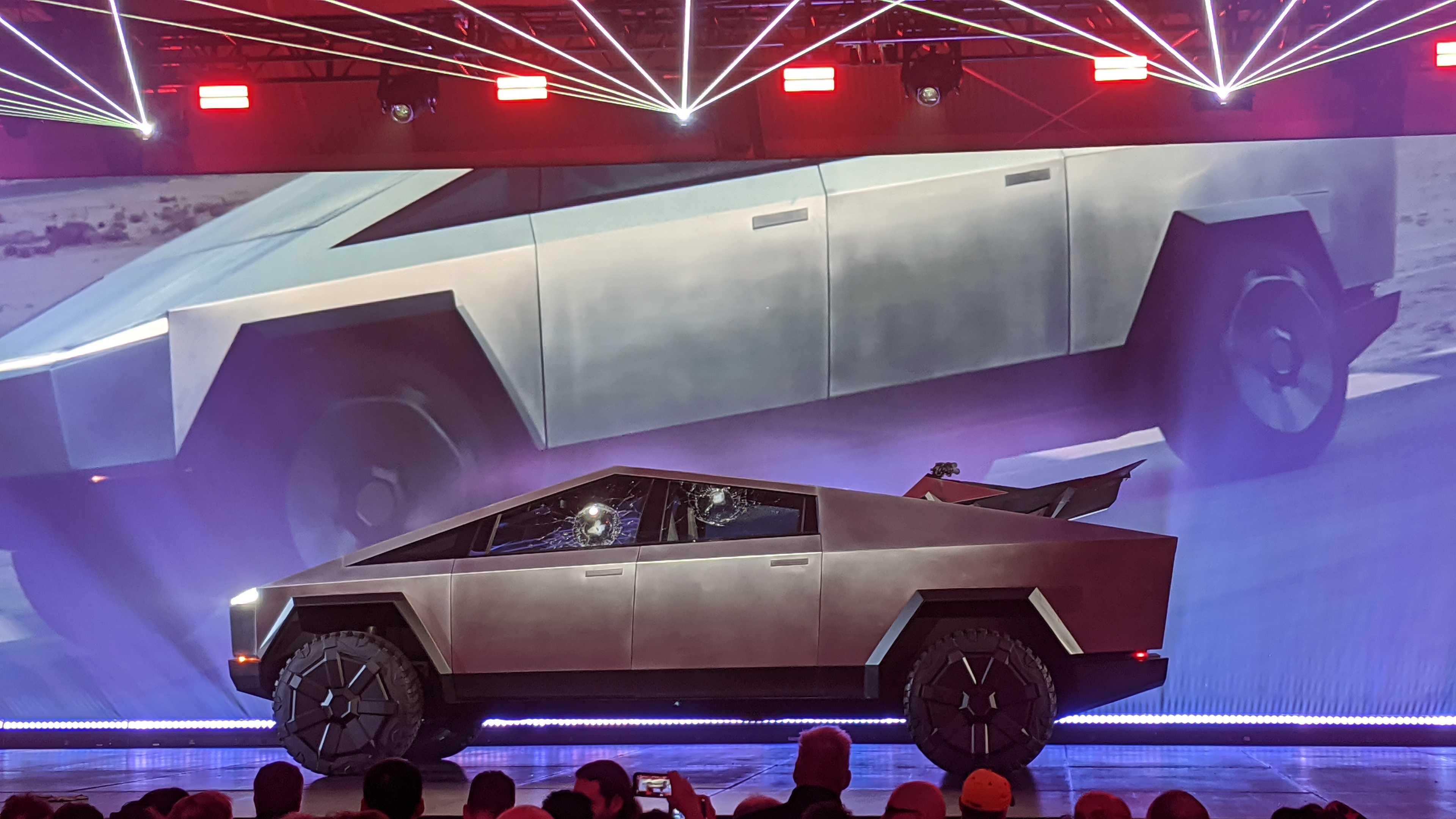