In passing a short-term funding bill to avoid a U.S. government shutdown, Congress has also extended the government’s legal powers allowing it to collect daily millions of Americans’ call records.

Buried in a funding bill passed by the House this week was a clause that extended the government’s so-called Section 215 powers, which allow the National Security Agency to compel phone providers to turn over daily logs — known as “metadata” — of their customers’ calls, including their phone numbers, when the call was made and the call’s duration. The program is designed to allow intelligence analysts to sift through vast amounts of data to identify links between suspected terrorists. But the program also collects millions of wholly domestic phone calls between Americans, which courts have ruled unconstitutional.

Although it’s believed all the major phone carriers have been told to feed their call logs to the government, a top secret court order leaked by whistleblower Edward Snowden only confirmed Verizon — which owns TechCrunch — as an unwitting participant in the program.

The Senate approved the funding bill on Thursday after a 74-20 vote. The bill will now go to the president’s desk, averting a midnight government shut down, but also confirming the Section 215 powers will be extended until March 15. 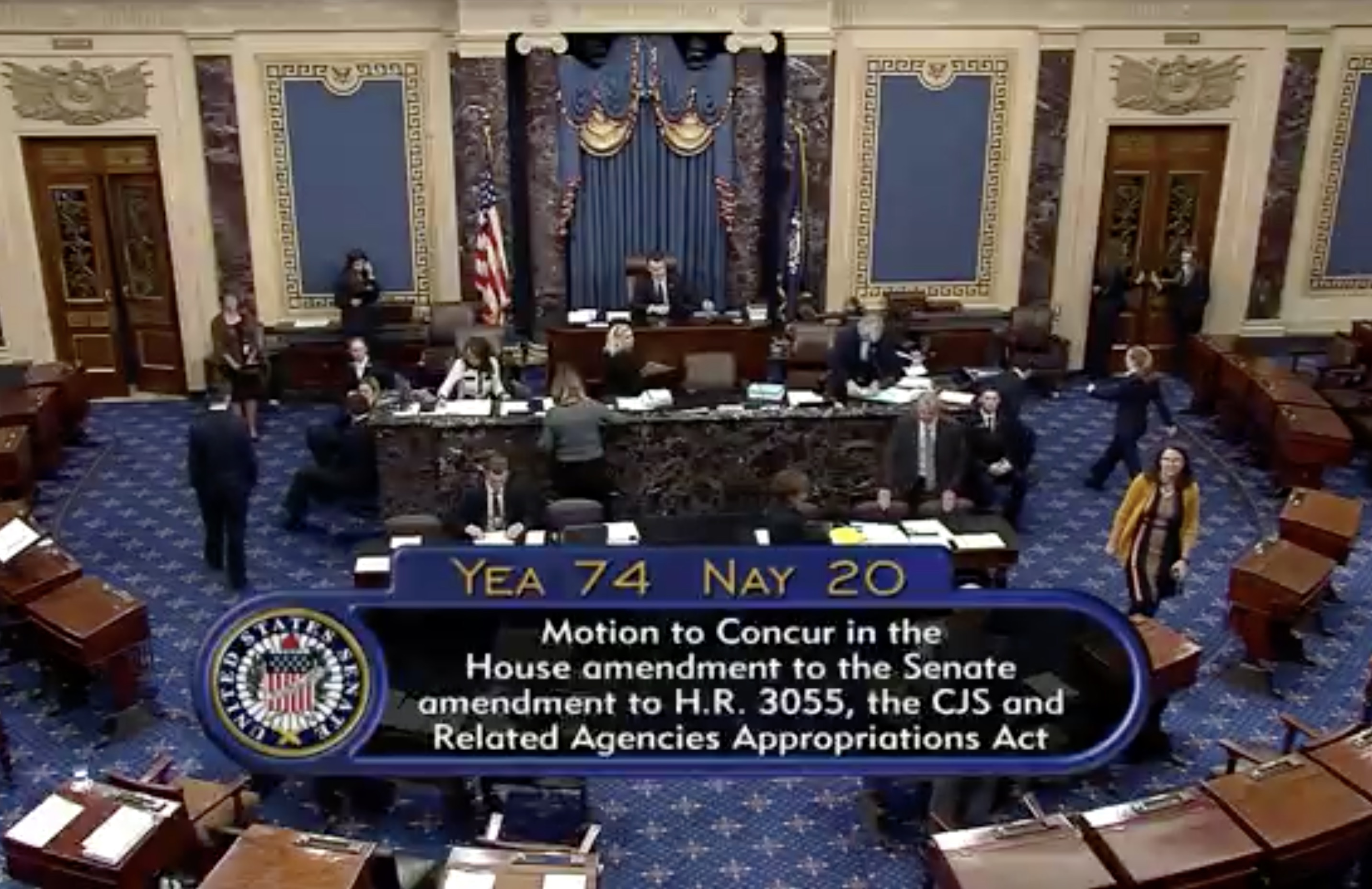 But although the powers are to be extended, the program itself is said to have been shut down.

After the Snowden disclosures in 2013, Congress moved to rein in the NSA’s call collection powers amid public outcry. In 2015, lawmakers passed the Freedom Act, which allowed the continued collection of call records but ostensibly with greater oversight. Since the Freedom Act passed, the number of records collected has rocketed. But during that time the NSA was forced to come clean and admit that it “overcollected” Americans’ call records on two separate occasions, prompting the agency to delete hundreds of millions of call logs.

The second incident led the NSA to shut down the call records collection program. But the Trump administration has renewed efforts to restart the program by pushing for the legal powers to be reauthorized.

The Electronic Frontier Foundation, which first noted the legal extension, said it was “disappointed” that lawmakers “hid an extension of these authorities in a funding bill, without debate and without consideration of meaningful privacy and civil liberties safeguards to include.”

A source in the Senate said the three-month extension came as a surprise, but that the additional time would allow lawmakers more time to properly debate reforms to the program without rushing it through before the end of the year.

Several privacy advocacy and rights groups, including the EFF and the ACLU, have called on the government to end the call records collection program.