After what feels like years of rumors, it’s official: Valve is making a virtual reality Half-Life game.

Official word of the new title comes via Valve’s (brand new, but verified) Twitter account, where the company is promising more details later this week: 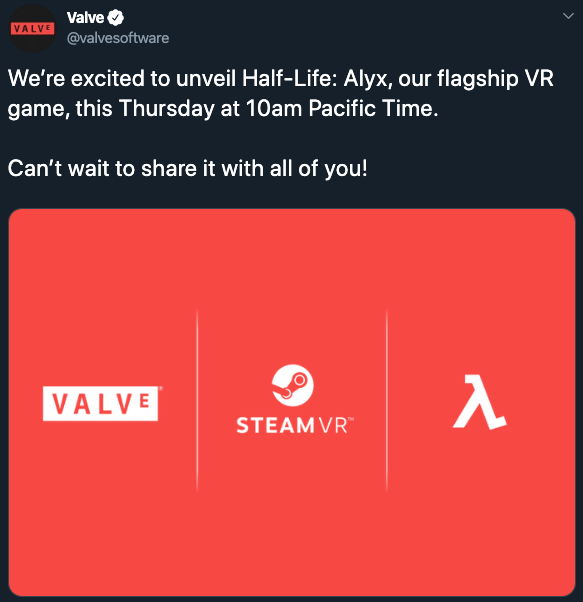 Alas, we know next to nothing besides the name — Half-Life: Alyx — until 10 am on Thursday. Will we finally get a proper conclusion for Alyx Vance, whose storyline ended so abruptly when Valve dropped the Half-Life storyline mid-sentence 12 years ago ?